Legendary former Spain and Real Madrid defender Fernando Hierro is eyeing the A-League as a career destination, as he seeks to enhance his coaching portfolio. 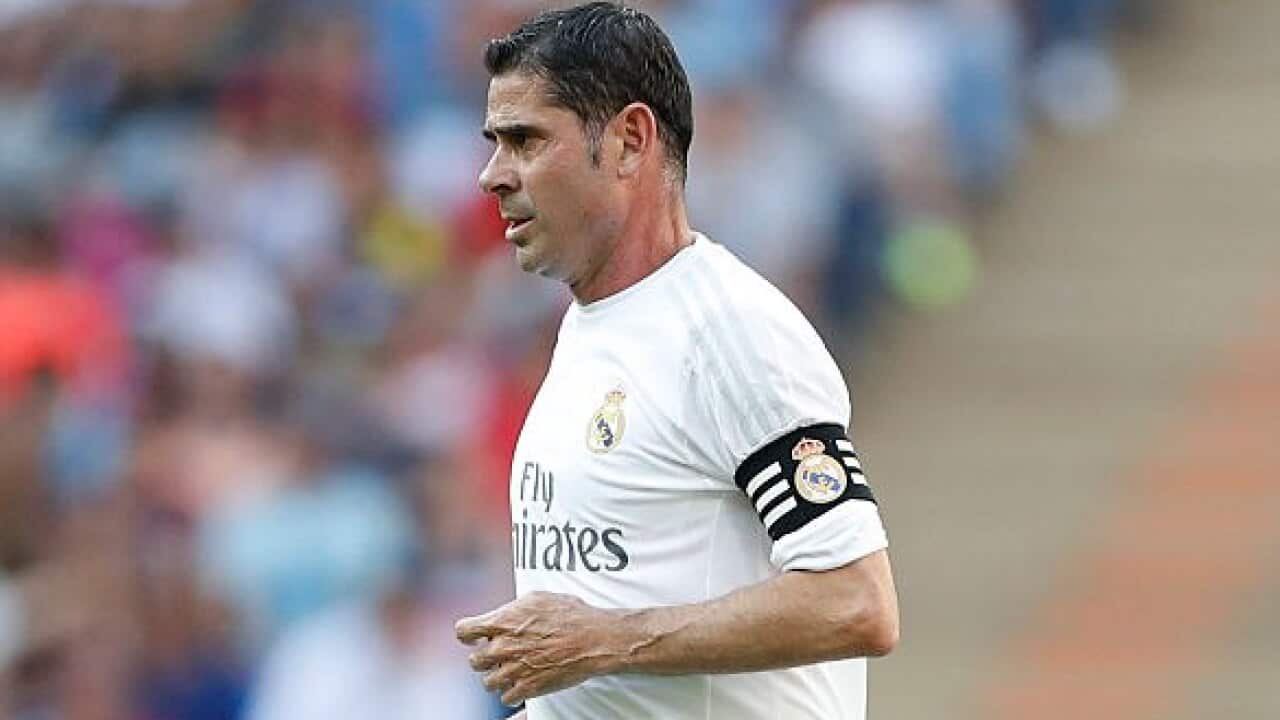 Hierro, 49, is the headline name of a mini-armada of Spanish coaches keen to join compatriot Josep Gombau in the national competition.

The others are ex-Spain and Atletico Madrid assistant Cesar Gonzalez Mendiondo and Raul Caneda, a close confidant of Pep Guardiola who most recently coached Saudi sides Al-Ittihad and Al-Nassr.

Though appointed sporting director for the second time by the Spanish Football Federation director just four months ago, Hierro's passion lies in coaching and he sees Australia as a "new football frontier" more than worthy of exploration.

Advertisement
Sydney-based agent Engin Durmus has the local mandate for the trio and views their interest in Australia as validation of the game's growth here.

"Hierro has done everything in the game as a player but coaching is something that excites him now and he's expressed an interest in the A-League," Durmus said.

"He's aware of how many Spanish players have come here and done well, not to mention coaches like Gombau and Guillermo Amor.

"He sees this country as a new football frontier, as do Cesar Gonzalez Mendiondo and Raul Caneda, and he believes he would enjoy working with Australian players."

Hierro is still a revered figure in Spain, where as a defensive linchpin he scored 102 goals in 439 games for Madrid as well as 29 in 89 appearances for the national team.

During 14 years at the Bernabeu, he won five league titles and three European Cups.

He coached second-division club Real Oviedo last season, missing out on the promotion playoffs on the final day of the regular season.

Hierro was sporting director at Malaga the year they qualified for the UEFA Champions League, after leaving his position with the Spanish federation in 2011.

He was also Carlo Ancelotti's assistant at Real Madrid after Zinedine Zidane left the post in 2014.

Hierro's interest might alert the likes of Sydney FC, whose all conquering coach Graham Arnold is on the cusp of being confirmed as the long-term successor to short-term Socceroos coach Bert van Marwijk.

And with Kevin Muscat coming off contract and under pressure at Melbourne Victory, his name might also resonate with club management there, should their current poor form persist.

Though Caneda, 49, doesn't have Hierro's cachet, his relationship with Guardiola gives him a measure of gravitas.

The pair forged a close bond during their time working together at Mexican club Dorados in 2006.

And in his book 'Another Way of Winning', Guardiola singled out Caneda, describing him as a 'privileged football mind I had the pleasure to learn from'.