EXCLUSIVE: The Tinkerman had to go, says Tiatto

Former Leicester City skipper and Socceroos firebrand Danny Tiatto believes the Foxes were justified in sacking Claudio Ranieri as a last throw of the dice in a bid to stave off relegation. 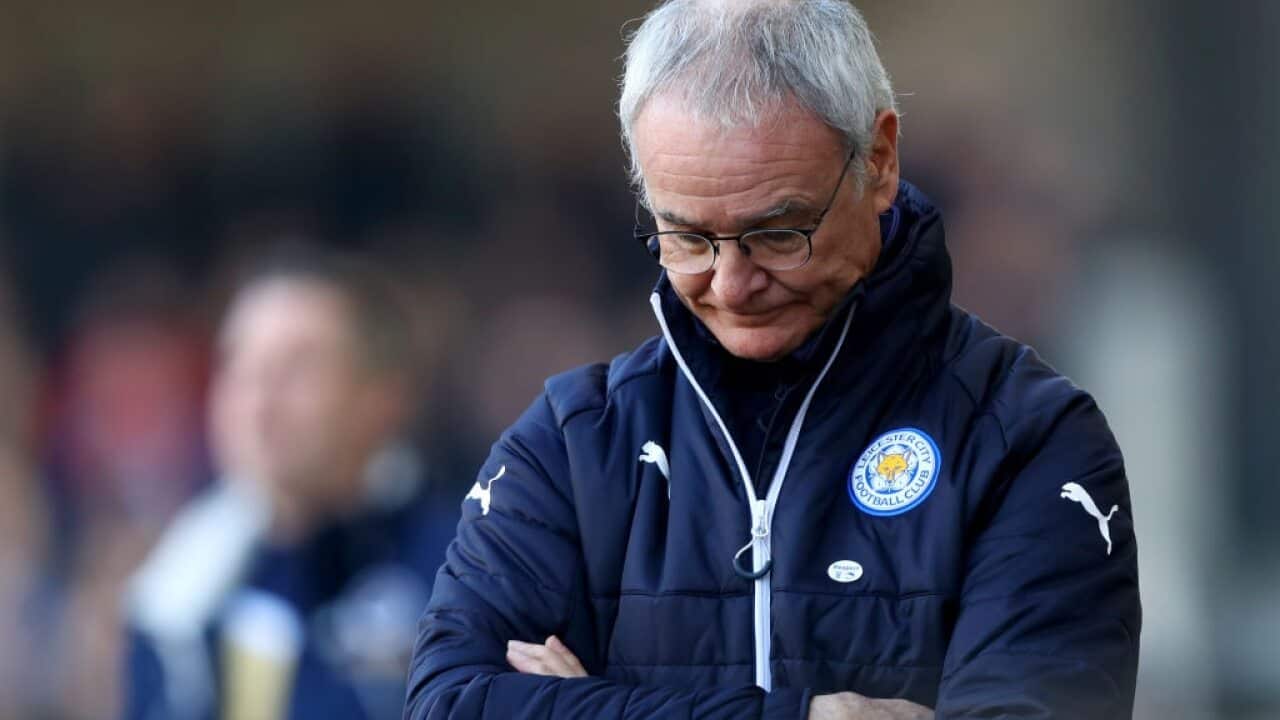 Claudio Ranieri is on the lookout for a new job after being sacked by Leicester only months after winning the Premier League Source: Getty Images

The Italian's sacking - just nine months after leading the club to a fairytale Premier League title - has provoked incredulity from around the football world.

But Tiatto, a former Leicester player of the year who also skippered the club for a spell during his three and a half years in the Midlands, said there is "no room for sentiment in football" and results dictated that Ranieri  was presiding over a seemingly inexorable slide towards the Championship.

A Leicester cult figure between 2004-2007, Tiatto, 43, did not share the same shock at Ranieri's axing as a large section of the football fraternity.

Advertisement
"The way results have gone, and where they are sitting in the table (just a point off the drop zone), I think they needed to do something," he said.

"After winning it last year to see them in the depths of where they are now is a tough one - but they are in dire situation and maybe they do need a change to give the team lift. That's what the owner will have been thinking.

"They need points on the board quickly and when you see clubs at this time of the season in the position Leicester are in they often make that tough call.

"The thinking will be to get a response from the players."

Tiatto, who also played for Manchester City during his nine years in England, claims last year's champions had "drifted into a comfort zone", during a so- far winless run in 2017.

"Sometimes players don't dig in and work hard when they know they'll be picked each week and there may have been an element of that," he added.

"There will be a clean slate when when the new coach comes in and players who haven't been getting picked may get a look in.

"You can get a positive reaction from the entire squad.

"Leicester have taken a risk which may well work."

"They gave him the keys to the city and he is basically a legend of the club," he acknowledged.

"We will never see in our lifetime a repeat of what he achieved.

"It's definitely disappointing but Claudio Ranieri is a wise man who has been around the game a long time, and he knows the way the ball rolls.

"It's not the first, and it won't be the last time that manager of his calibre gets sacked.

"The pressure is always on the coach and he's the first   To go when the results turn against you.

"There's no sentiment in football ... either towards players or coaches. It's dog eat dog and your head's on the chopping block if you're not performing."

Tiatto puts Leicester's frantic slide down to losing 'some of their hunger and will to work hard".

"Maybe they thought they would only need to show up to win games comfortably," he added.

The loss of midfield mainstay N'Golo Kante to Chelsea was a catalyst of the demise, followed by the failure of Jamie Vardy and Riyad Mahrez to reproduce their scoring exploits.

"I think their work rate also dropped off ... and once that lack of belief crept in they found themselves in a downhill spiral," added Tiatto.

"As much as it's a surprise they won it last year, it's just as big a shock as to how far they have dropped off this season.

"Maybe they need an old school type like an a Sam Allardyce or a Neil Warnock to come in and give them a bit of a reality check."