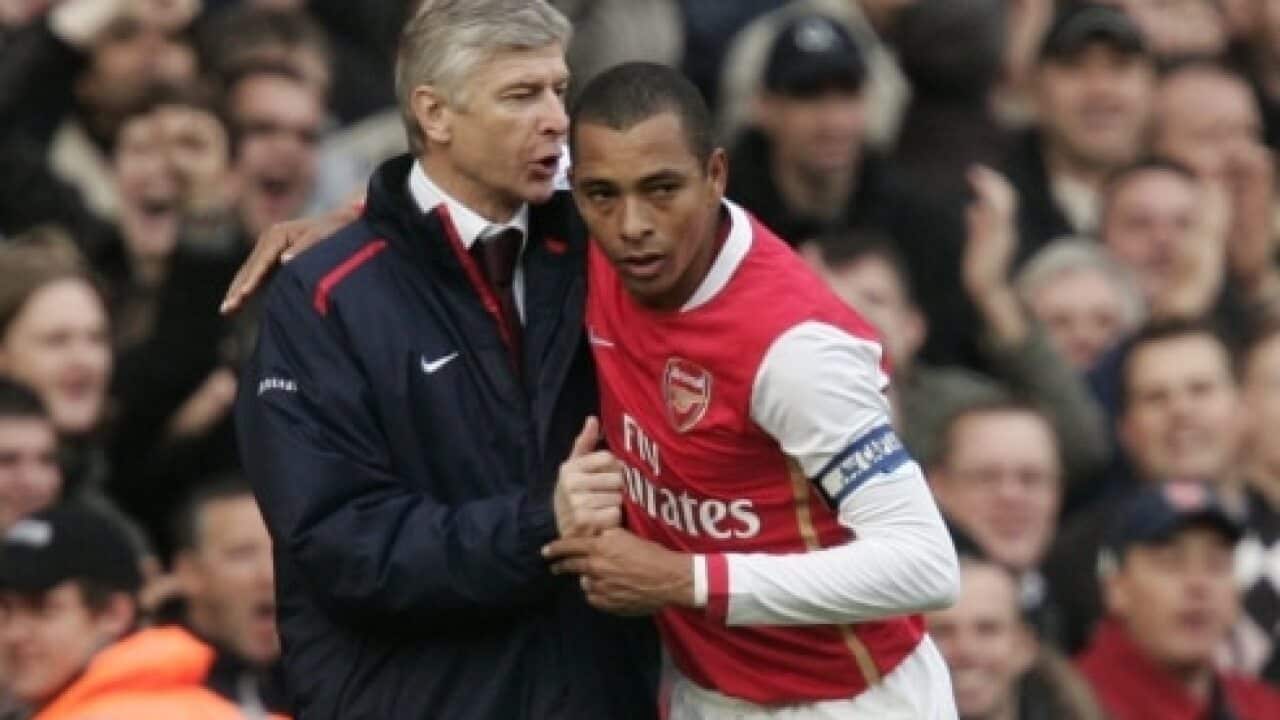 Wenger's future is in serious doubt with his contract due to expire at the end of this season as frustration continues to grow among the club's fanbase.

Disgruntled supporters have held mass protests and have expressed their displaesure with 'Wenger Out' banners at games.

Arsenal have struggled in recent weeks, having fallen out of Premier League title contention and suffering back-to-back 5-1 defeats against Bayern Munich in the Champions League.

Silva spent six years at Arsenal under Wenger and was part of the 2003-04 "Invincibles" squad who won the Premier League title after going an entire season unbeaten.

The Brazilian World Cup winner recalled the impact the the 67-year-old manger had on his career and admits seeing the fans' recent reactions has been difficult.

"It's so hard for me to see the way the people are trying to push him out of the club after 20 years and after everything he has done for the club," he said.

"Of course now because of the lack of trophies especially in the Premier League people say this is the only thing that really matters for the club.

"But one day people will realise how important he was when he he's not there any more."

Silva insisted that while Wenger's time will come to an end at Arsenal, it shouldn't be now under these circumstances.

"This is a very hard question and a very sensitive question for me because I worked with him for six years and he was very important to me and to a whole generation of players who he worked with in his 20 years at the club," he said.

"I don't know if he'll be there next season. But for me, he has to stay.

"At some point he has to go of course, but in a better way and not with people trying to push him out.

"He deserves much more than this."