EXCLUSIVE: Why Petratos ditched the Jets to join the K-League

K-League club Ulsan Hyundai's offer for Dimitri Petratos was way too good for the Brisbane Roar star to refuse. 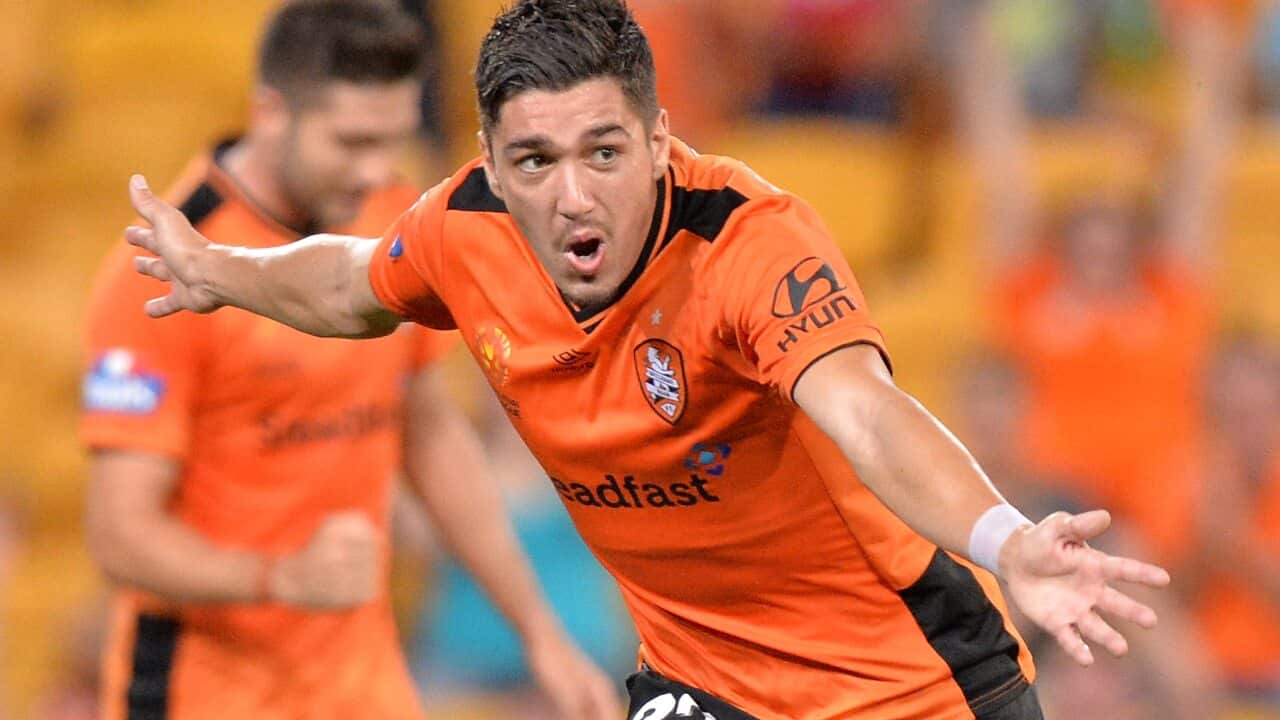 The World Game understands that Petratos, who was set to join Newcastle Jets next season until Ulsan Hyundai came calling, is poised to earn nearly three times as much annually playing in Korea than he would have at the Jets.

Petratos was already going to be earning more at Newcastle than he was at Brisbane, so the further incentive to switch countries shows just how quickly the 24-year-old attacker's star has risen in the last few months.

When it was revealed late last month that Petratos was switching to the Jets, Brisbane issued a media release saying the player wanted to make the move to be closer to his family.

Advertisement
The fact he is now moving away from Australia might subsequently surprise some people, but the opportunity to dramatically increase his wages and help set himself up for the future obviously changes the landscape.

"Obviously if he was going to stay in the A-League then that (Newcastle) was the option and the stated reasoning was genuine," Petratos's manager, Tony Rallis, told The World Game.

"But when money comes in and someone wants to significantly increase your salary you've got to consider that."

Rallis himself refused to discuss figures with The World Game or directly compare offers on a percentage basis, but he did confirm Petratos "has the potential to earn a lot more money than he would have earned at Newcastle".

Asked if the offer from Ulsan Hyundai had been simply too good to refuse for Petratos, Rallis replied: "Very much so."

The Roar obviously still held Petratos's contract rights at this stage, but the Jets could have played hard-ball with the player regarding the deal he had signed with them that started next season.

"Craig Moore and Lawrie McKinna have been absolute gentleman throughout this whole process," Rallis said.

"I kept the two clubs informed all along and they're both former players, so they both get it. They understand where Dimi is coming from and they have handled the situation brilliantly."

Rallis said there had previously been some "nibbles" for Petratos from Asian clubs.

"There was interest, but not from the right clubs," he said. "Dimi is only 24, so he's still on the up. It was important to wait for the right club, if it was to come."

Rallis said the offer from Ulsan Hyundai came well after Petratos had signed for Newcastle.

The Roar and Jets will split a transfer fee The World Game understands to be worth close to $300,000 from Ulsan Hyundai.

Newcastle are now in a position to use their cut of the transfer fee on helping to fund a new player to fill the gap. Rallis said he was helping the club in that regard and was optimistic there would be a positive outcome.

"I'm sourcing a replacement for them, but that will take a bit of time," he said. "I've got a player in mind, but it's early stages.

"I consider Lawrie McKinna a friend and I will be doing everything in my power to help the club. The Jets won't be sitting on their hands in this regard. I'm sure we can find someone, but I have to investigate it further."

Petratos is now set to play in the Asian Champions League for Ulsan Hyundai, as well in as the K-League, pending him passing a medical to complete the move.

His move will not affect his younger brother, Kosta, joining the Jets from Perth Glory next season.