The World Game spoke to the chief football analyst for SBS and former Socceroo, Craig Foster, A-League championship-winning goalkeeper, Clint Bolton, legendary goal-scorer, Damian Mori, ex-Australia captain, Paul Wade, and former SBS The World Game host Les Murray to find out who has really got the power in the A-League at the moment. 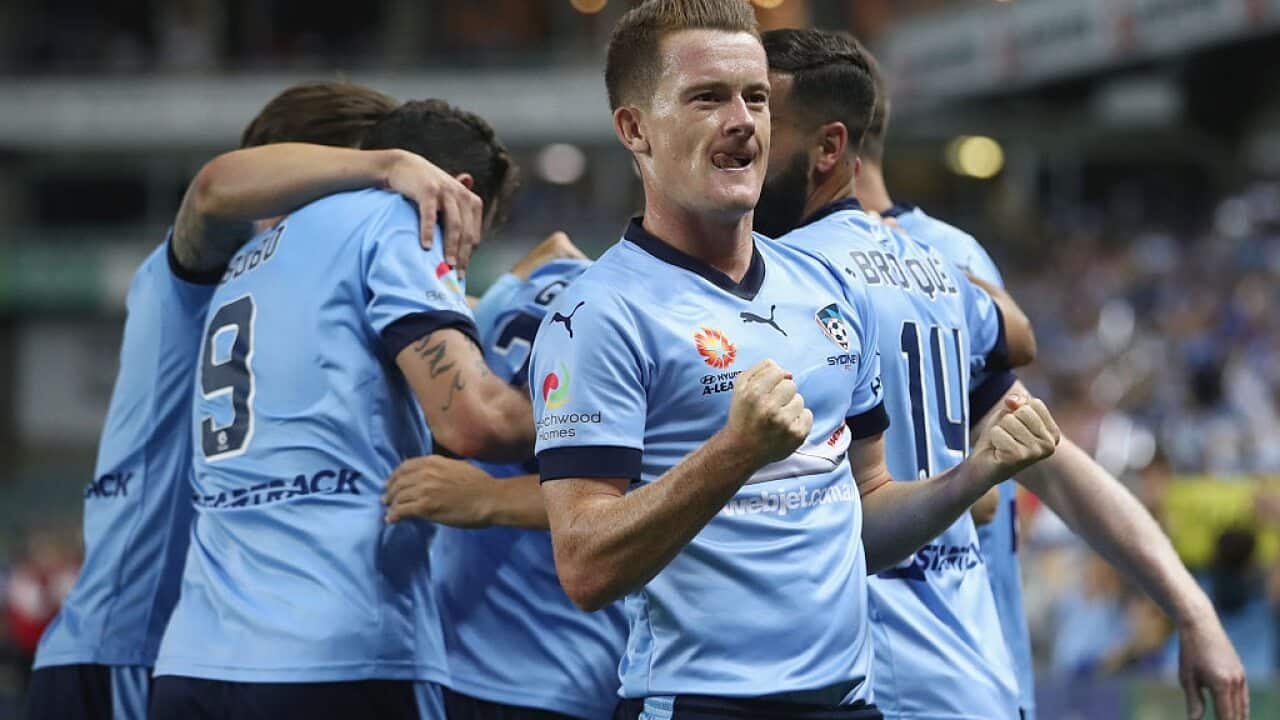 Brandon O'Neil has been a key contributor in a dominant Sydney FC midfield this season Source: Getty Images

Which is the best team in the competition right now?

PW: Sydney FC have the perfect balance. They're strong across the board and they've got depth, so even when players are substituted the ones who come on could easily be in the starting XI.

CF: Sydney FC are the strongest. They're showing some frailties, so they're not perfect, and they're not dominant in every area - Melbourne Victory should have beaten them - but they've got so much strength that if you don't take your chance they're going to kill you. When they get ahead they're playing with a great deal of freedom and that's a good sign.

Advertisement
CB: Sydney are strong all-round. No weaknesses, defensively they're sound, they're scoring goals for fun and they've got depth coming off the bench.

DM: The best team is obviously Sydney FC. They've been the most consistent, they look the fittest and the strongest and they finish games off really well.

LM: Sydney are the best. They've won every game so far, they don't seem to put a foot wrong and their luck has improved from last season. I don't think you could pick any other team over them.

Which team is the biggest danger?

DM: Sydney FC themselves. They're the best team by far and they're already six points clear on the table, so unless they become complacent and start beating themselves they should remain there. Even only six games in, with the squad they've got the title is already theirs to lose. Melbourne Victory are hot and cold and Melbourne City look like they're going to concede too easily.

LM: I think the biggest dangers are always Melbourne Victory and Western Sydney. The Wanderers are great finishers - they seem to have the timing right when it comes to peaking. Every off-season they seem to lose a lot of players and it comes together again during the season, so they're always a danger. I'm not concerned about their early-season form, they'll figure it out.

CF: It's difficult to say. I think it's going to be reasonably even underneath Sydney, chasing them. Melbourne Victory have shown they're going to be strong. They're getting better, as are Brisbane Roar. There's a question mark over Melbourne City, because if all the other teams sit and play counter-attack against them, that might hurt them. They really need teams to go at them.

CB: Melbourne City, because their best performance is better than that of any other team, including Sydney. But the challenge is to do that consistently and Sydney are already going to be hard to catch for first past the post. I think Sydney and Melbourne City will have some great clashes this season.

PW: Melbourne City. Before a ball was kicked I looked at the teams on paper and thought it's going to be a Sydney FC-Melbourne City grand final and so far I'm doing OK with my tip

Who is the best player in the competition?

CF: Clearly the most dangerous is Milos Ninkovic. The one pushing him was Luke Brattan and I thought at one stage they were neck-and-neck, but Melbourne City have been more up-and-down than Sydney and Ninkovic has been instrumental in each of Sydney's six wins.

CB: You can't go past Milos Ninkovic at the moment. I think Bruno Fornaroli is a very close second, but Ninkovic has stood out even in a quality team with the players around him operating brilliantly. That shows just how good he's going.

LM: I'd go with Bruno Fornaroli over Milos Ninkovic. They're the two best. Fornaroli is a fabulous natural finisher and he can find solutions inside the penalty box. He's very gifted in that way.

DM: Bruno Fornaroli and Milos Ninkovic are both excellent, but I'm a Fornaroli fan. For me, he's the best player in the league. He's dangerous, he's quality, he makes great runs - I've got to go Fornaroli.

PW: Bruno Fornaroli by a long way. No-one's even close to him. it's not just him putting the ball in the back of the net, it's the way he does it when it doesn't appear on sometimes. He's worth his weight in gold.