The English Football Association believe Rooney wasn't living up to his responsibilities as captain of the national team after being pictured on Saturday night bleary-eyed at a wedding reception at the hotel. 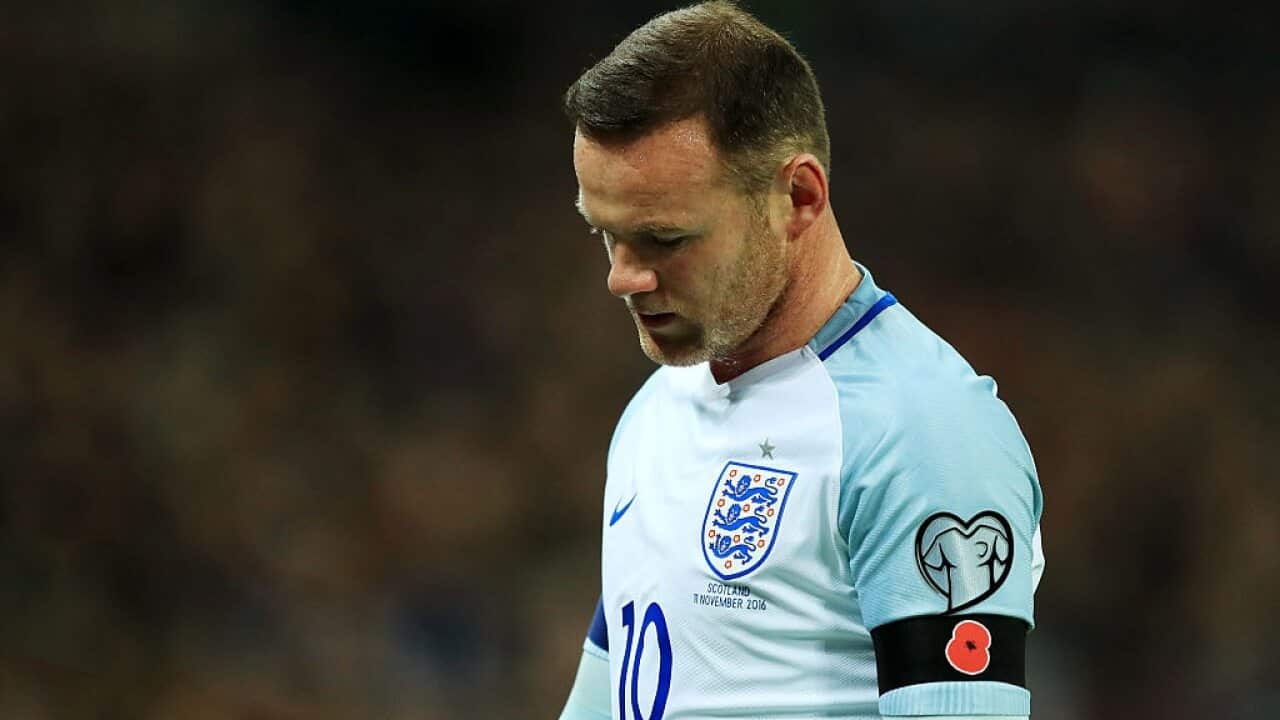 Rooney's future as captain was already under scrutiny, as he was no longer guaranteed of his starting spot for England or Manchester United.

Although the 31-year-old striker was off-duty at the time of the hotel incident, the FA's unhappiness with the conduct of the team's figurehead could harm his prospects of retaining the armband.

Advertisement
"It's appropriate that he apologised because it doesn't set a great tone for the England captain."

Glenn said he doesn't want to "over-dramatise" the incident but it will lead to new rules for players about how they can spend nights off while away with England.

The FA is also investigating whether members of the England backroom staff were with Rooney when he dropped in on a wedding reception at the team hotel north of London.

"Why on earth you would be doing that, given there is an understanding, a team agreement around alcohol consumption during camp," Glenn said.

"So there would be questions asked for sure."

The incident on the day after Friday's win over Scotland is a blot on Rooney's character after the United captain was thought to have curbed his previously erratic behavior on and off the field.

It has sparked a fresh wave of negative publicity for England in a year that saw the team eliminated from the European Championship in the round of 16 and Sam Allardyce forced out of the manager's job for unguarded comments to undercover reporters posing as businessmen.

Rooney was quick to apologise in public and privately to England interim manager Gareth Southgate, who is waiting to discover whether he will be handed the job permanently. Southgate previously said Rooney missed Tuesday's friendly with Spain through injury rather than as punishment for his late-night antics.

Rooney, who began his career at Everton, received backing from an unlikely source: Liverpool.

"These boys, this generation, is the most professional generation of footballers — not only in England, but (the) England (team), too, that there has ever been," Liverpool manager Juergen Klopp said.

"All the legends we love and admire, they drank like devils and smoked like crazy, but they were still good players. No one does it any more. I don't know anyone now.

"We had a Christmas party and I had to fill people's glasses. It's about timing. When you are in the wrong time at the wrong place it's not good as a professional. I have no idea where Wayne was, but I'm pretty sure it's not really serious."

Rooney's trouble stemmed from the fact he posed for pictures wearing his England training gear in the early hours to please fans attending the wedding. Those images were then handed to The Sun newspaper which splashed them across the front page.

England's well-paid stars have also been criticized for living closeted lives away from fans, and Burnley manager Shaun Dyche believes the Rooney incident shows why players are "unapproachable."