Perth Glory owner Tony Sage is hoping his side can channel the feats of his beloved NRL club the Cronulla Sharks this season to prove that fairytales in the round-ball code can come true too. 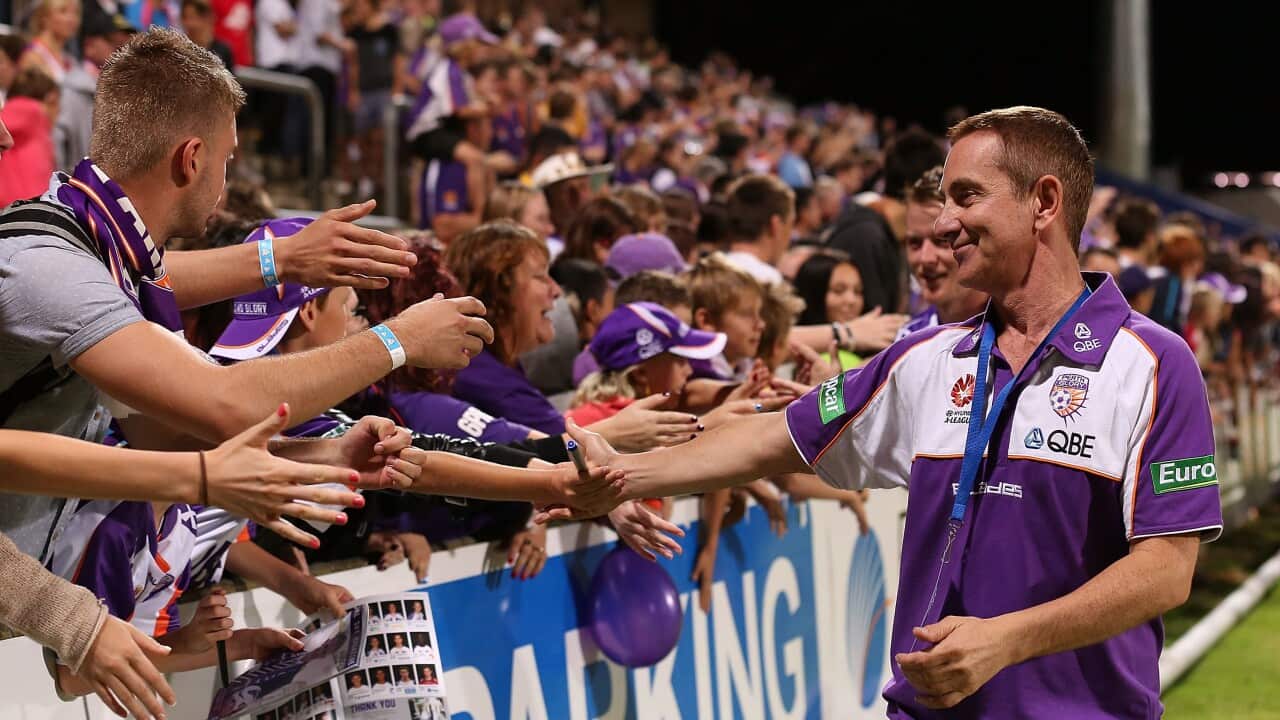 As Glory enter their 20th year in existence, Sage is dreaming of celebrating the anniversary with a maiden A-League title and sees a parallel with the Sharks, who won their first NRL crown last month after 50 years of waiting.

"It’s our 20th year and we now know that fairytales can happen, Cronulla proved that," said Sage. “I grew up in the shire (in Sydney) and Cronulla have always been my team ... I have waited 50 years for this.

“Maybe we can mark our 20th by doing the same thing in the A-League; we certainly have a squad that can do it, so long as we can manage injuries and the players live up to their potential.

Advertisement
“We're in the top two or three in the betting. The bookies are the ones who have got us there not us…so we must have been doing something right with our recruitment.

“I gave (coach) Kenny Lowe the means to put this squad together and now the rest is up to them.”

Glory, in keeping with the mood of nostalgia, will don a heritage strip for Saturday night's season opener at nib Stadium against the Central Coast Mariners.

Former owners Nick Tana and Paul Afkos, who presided over two NSL championships with the club, are special guests, in a nod to their past achievements.

Sage proved his determination to deliver a maiden A-League crown by flying to Spain in the off-season to persuade A-league player of the year Diego Castro to re-sign for another year.

His plea was followed two weeks later by Lowe arriving in the Spain to add his voice as Castro deliberated on his next step.

"Not many owners would do that but it shows how much having him back meant to us," said Sage.

“He’s fitter than he was last year and that's another plus. We don’t have the money of the Sydney or Melbourne clubs, but we convinced him that we were building a team to win a championship.

“He’s re-joined us for not much more than he was on last year. Had he gone to Melbourne City, for example, he’d be on maybe 300,000 more than we pay him … so he has shown a lot of loyalty to us."

Squad depth is the key, says Sage, who believes Glory are blessed with options for almost every eventuality this season.

"That wasn’t the case last year, so every position we have covered now."