Fan fury over leaks in a breach of trust

Sydney FC supporters group, the Cove, have sought an urgent ‘please explain’ meeting with the SCG Trust, which they believe may be the source of a leaked document which 'names and shames’ 198 football fans banned from sports grounds nationwide. 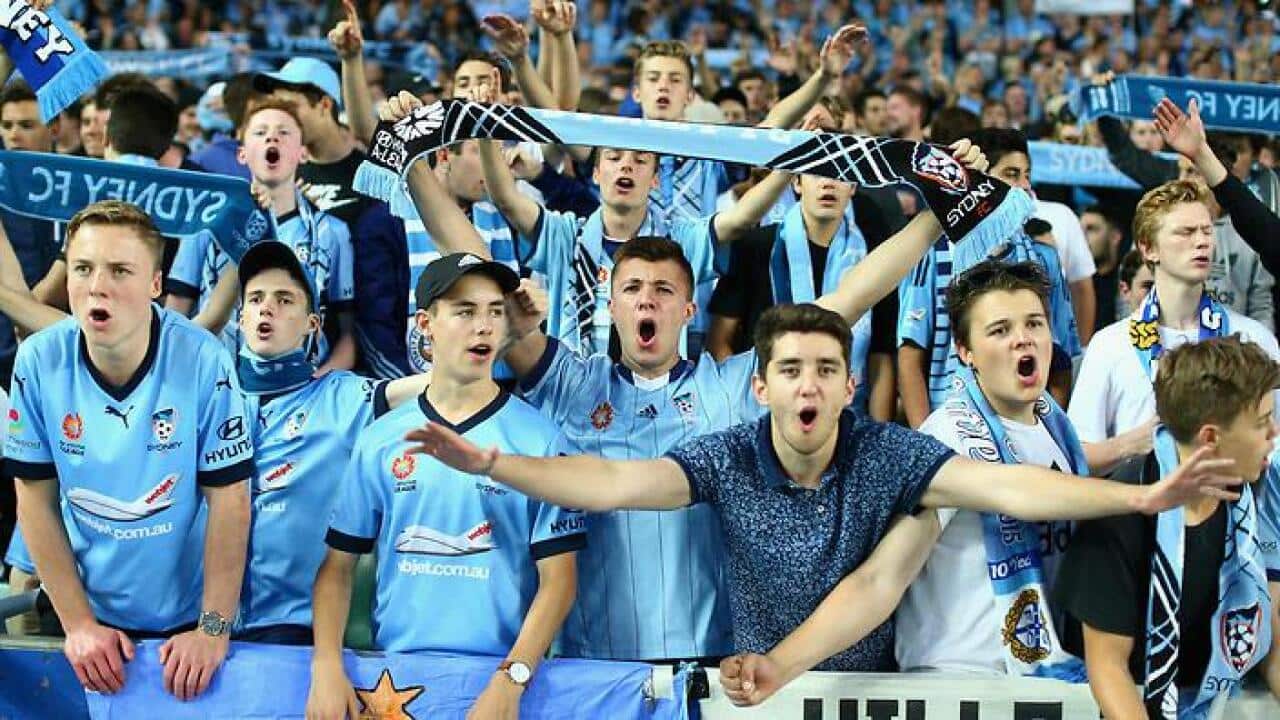 With the Sky Blues’ Allianz Stadium home administered by the Trust, Cove spokesman Grant Muir also revealed the fans have asked the Trust to distance themselves from “outrageous comments” from outspoken Sydney radio talk show host Alan Jones, who compared what he called the ‘soccer shame file’ to the Paris terrorist attacks.

In response to the publishing of names and pictures in News Corp's Sunday Telegraph, the fans group wants clarification from the Trust on its “viewpoint and attitudes towards football fans", citing concerns that the leaks may breach national privacy guidelines.

“When we hear rumours and facts about what board members may have said and may have done, and it affects us, then obviously we are looking for some answers," said Muir.

“There are legal questions that may need to be answered in revealing all these names, and giving personal details without any permission whatsoever.

“If these leaks did come from within the Trust that would not be acceptable. It would be an abuse of the privilege they enjoy and the information they hold.

“The Privacy Act of 1988 has very clear instructions on the protection of private information. I don’t think the people who released this information realise what a big deal it is legally."

In a direct reference to shock jock Jones, who referred to supporters at A-League games as "soccer louts", Muir added: “We are pretty uncomfortable with the board having as a member (Jones) who makes statements linking the banned supporters to the Paris attacks… that’s outrageous."

Speaking to News Corp journalist Rebecca Wilson, who penned the article detailing the bans for a number of offenses, Jones asked on air: "Is this like terrorism in Paris? The leaders have no guts?" to which Wilson replied, "That’s exactly right."

Muir condemned the statement, adding: “We have come to expect drivel like that from him. It’s all about getting some cheap publicity and smearing the game."

The list, around 50 per cent of which contains the names Western Sydney Wanderers fans, includes several minors, according to Muir, who also said photographs in the article, which provoked a hostile reaction on social media, were wrongly captioned while the offences they were accused of “were also sometimes wrong”.

“These people have not been arrested, or charged or convicted of anything,” he added.

There are a handful of Sydney FC fans on the list, some of whom were banned for running on the field during last year’s Sydney derby.

"They did that when we scored a goal in the last couple of minutes and to equate them with terrorists is a bit of a joke," added Muir.

Muir was scathing of the article's author, adding: “Rebecca Wilson is well known for writing endless reams of nonsense about football.

The Cove are also critical of the FFA, who were not implicated in leaking the list, but were behind its compiling in conjunction with a private security firm, which Muir claims excludes fans on flimsy evidence sometimes amounting to “little more than hearsay”.

Muir said there’s no opportunity for fans to challenge the bans, claiming an FFA fans liaison officer had informed him the reason there was no process in place was “because too many people would appeal”.

“That seems to me like it would be too much like hard work to give fans a fair hearing,” he added.