Farewell, the best team I ever saw

It's the end of an era for Spain, having brought home two European Championships, one World Cup with a unique style of play. Sebastian Hassett pays tribute to a generation that dominated international football like no other. 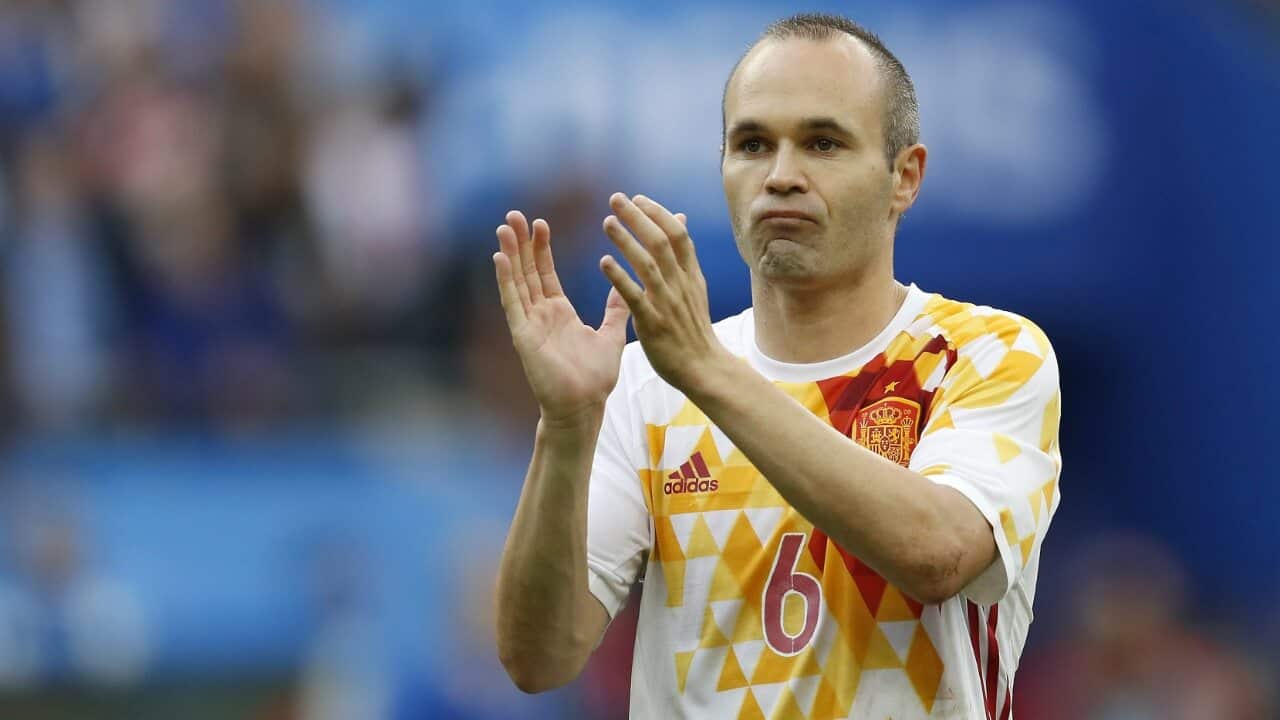 The exit of Vicente Del Bosque from the Spain job had an air of inevitability about it.  Nobody even seems overly surprised by it, which gives an indication of how quickly the world can turn.

Advertisement
After two matches at these Euros, they were tournament favourites. A week later, not only are they already south of the Pyrenees, but they are manager-less and facing the need to rebuild the squad.

Such is football: it takes a lifetime to get to the top, and in a blink, it’s all over. No wonder so many struggle to adapt to normal life when they leave professional sport.

And the descent down from the top of the mountain is seldom glorious. Very few get the long, gracious farewell of Roger Federer (winner of just one grand slam in the past six years).

Most are pilloried for hanging on too long, for growing stale, for not changing with the times and overestimating their own staying power.

So the accusation will be levelled at Del Bosque, who was already given one life after Spain’s dismal showing at the 2014 World Cup. The knives in some sections of the local press have been twisting in his back ever since.

They’ve got their man, and now begins the talk about his replacement. It’s an exciting chat: Joaquin Caparros (last of Granada) and Paco Jemez (who actually replaced Caparros at Granada) have already been linked, with doubtless many more will come forward in the coming days.

From outside, Athletico Bilbao’s Ernesto Valverde and Marcelino, of Villarreal, would seem the best candidates. The right age (early 50's) and both have done great things at club level.

But before all that, it’s worth pausing to reflect on this moment. It’s a big one: the end of an era.

Like you, I grew up thinking of Spain as a team who could never get themselves united enough for tournament play. Scores of champion players, in all positions, but fractured by several factors.

Everyone has their own theory on why Spain would repeatedly fall short: the incompatibility of Catalonia and Castilla, the egos of the players, club rivalries, a brittle mentality and the mental weight of consistently under performing. The truth probably borrows a little from all of these theories.

I’d seen this generation finish second at the 2000 Olympics - Carlos Marchena, David Albelda, Miguel Angulo, Xavi, Jose Mari, Carles Puyol, Joan Capdevila and Gabri all came to Sydney - so it was clear something special might unfold.

But again, who knew how good they would be? Several of those players were out of the frame by EURO 2008, only because better players had replaced them.

They played a fine style under Luis Aragonés, who deserves plenty of credit for breaking the trophy duck in Austria (even if he did oversee back-to-back defeats to Northern Ireland and Sweden in qualifying, and an away draw against Iceland).

However, that was only the start of a five-year period that would revolutionise the way the whole world looked at football. Pleasingly, Australia has proven one of the nations most inspired by it - look at last season’s top three A-League teams.

The departure of Aragonés coincided with two things: the arrival of ex-Real Madrid boss del Bosque as his replacement and Pep Guardiola at Barcelona. The plates of world football began shifting.

While Guardiola was busy forming the greatest transformation a football club has ever seen, Del Bosque was paying careful note.

He didn’t try to undermine the young manager, twenty years his junior. Instead, he worked out how to infuse the best of Barça with the cream of everywhere else - most notably, both Madrid sides and Valencia.  The net result was the most brilliant national team we’ve ever seen.

From the day Del Bosque took over, they lost only one competitive match between 2008 and 2013 - a 1-0 defeat in the opening World Cup match against Switzerland.

Their response to that defeat was to hit back and win their first ever world title. Two years later, they would demolish all before them at EURO 2012.

But more than that was the way they played. It borrowed the best of Guardiola’s style (without borrowing Leo Messi) but had equal buy-in from every player, regardless of their origin or ego.

What came next was truly spectacular, so much so that the phrase “Spanish football” is now used to describe the dreamy, hybrid mix of Barcelona and La Furia Roja.

Yet with football constantly evolving, staying at the top of the tree any longer is almost always impossible. And this day had to come.

Xavi, Xabi Alonso and David Villa have already gone, Andres Iniesta and Iker Casillas will be next, then Santi Corzola, followed by David Silva and then Sergio Ramos. They’ll be replaced, and so will Del Bosque, but it’s unlikely to be the same again.

The era of the greatest team I ever saw is over.