The father of Socceroos defender Ryan McGowan has been found guilty of murder in Edinburgh. 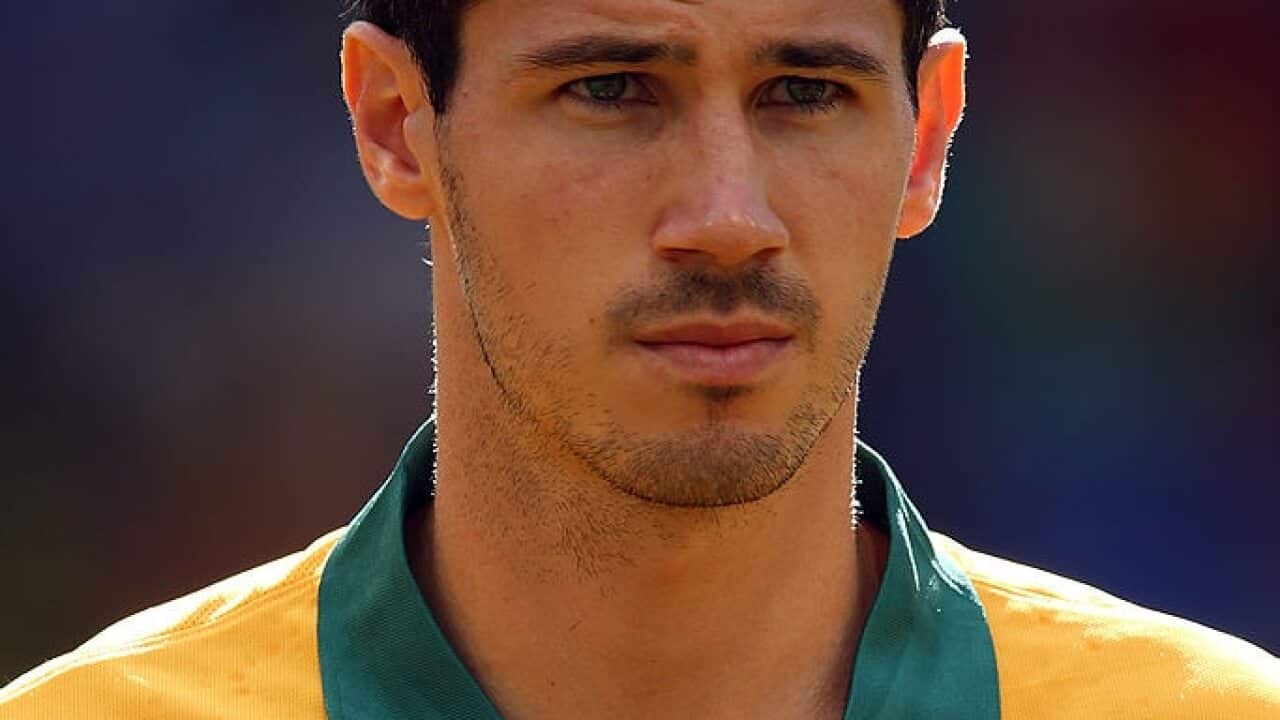 Ryan attended the High Court of Edinburgh as his father James McGowan, 58, was convicted by a jury of stabbing his former brother-in-law Owen Brannigan to death in 1999, News Corp reports.

The court heard that McGowan killed Mr Brannigan out of revenge for a rape he believed was committed against a family member and fled to Australia the next day.

News Corp reports Scotland Yard did not have enough evidence to extradite McGowan when the murder was committed in 1999 but in 2012 he made a shocking admission to a confidential suicide help-line in Australia which became the basis of a new investigation.

Ryan McGowan, who has 18 Socceroos caps , declined to comment outside the court.

Ryan, 27, is currently a free agent after being released by Chinese Super League side Henan Jianye last month, while his younger brother Dylan, 25, has been at A-League side Adelaide United since 2014.

Ryan was named in Australia's 2014 FIFA World Cup squad and was the player who provided the assist to Tim Cahill's stunning goal in Australia 3–2 loss to the Netherlands.