With more goals to his credit than any other overseas-based Socceroo this season, Martin Boyle attributes part of his new-found ruthless streak to boosting the morale of dad Graeme, who suffered a stroke at the turn of the year. 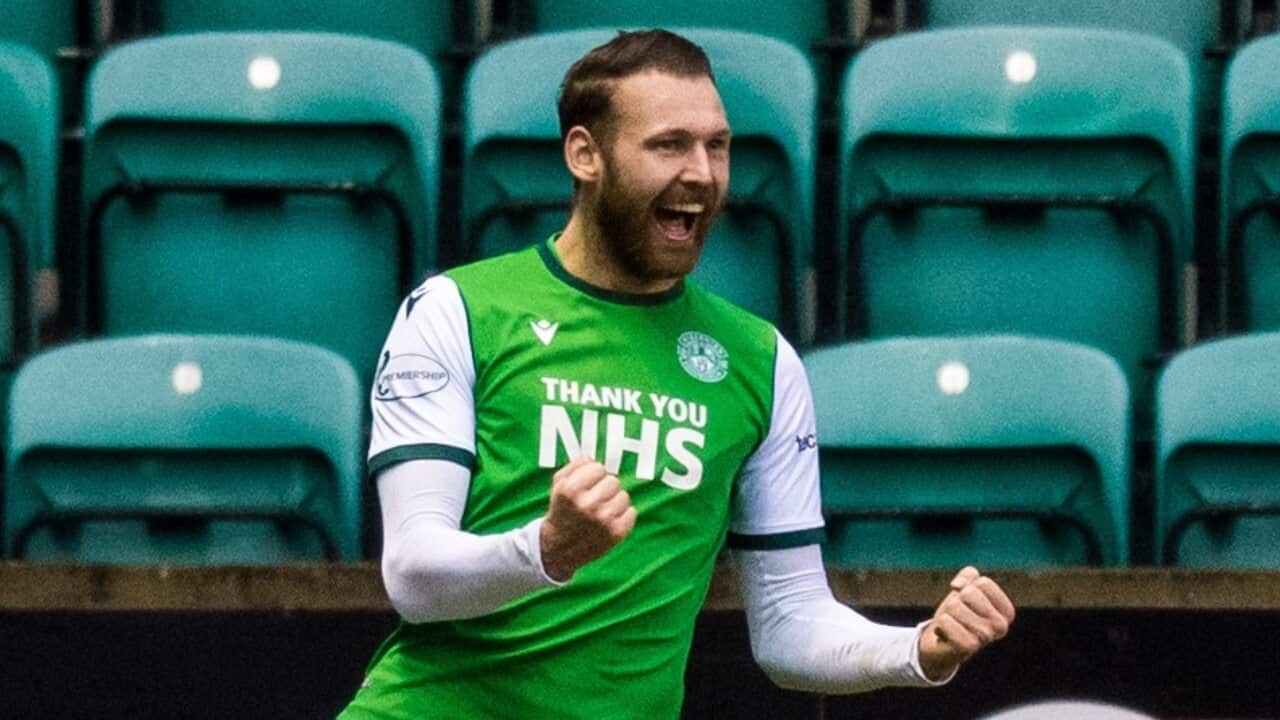 The Hibernian flyer has netted 11 for the season, and six in his last seven games, as the third-placed Hibees close in on a UEFA Europa League spot.

He’s also chipped in with seven assists, four of which have come since February.

Boyle puts the goal burst down to bringing a smile to his father’s face as shrugs off adversity and rebounds from his illness.

Advertisement
“In a way, it’s spurred me on because I knew he’d kill me if I missed any games, or I played poorly,” Boyle told The World Game.

“The club have also been great and it’s helped me kick on.

“I’m always in touch with my dad, and he’s nearly made a full recovery - you’d think there was nothing wrong with him.

“He’s like me, he’s a bit of an adrenaline addict ... he can be up and about but at the same time I think he does need to take a back seat at times!

“It’s positive for me and the family and hopefully that scare is behind us.”

Hibernian boss Jack Ross allowed Boyle, 27, to truncate his training schedule to be with his family during worst of it.

He missed the 1-0 loss to Rangers, rushing to Aberdeen to be with his dad.

“It was the manager’s choice but mentally he thought it was best for me,” said Boyle, who was also carrying a knock at the time.

He admits the stress of the shock diagnosis was “exhausting” and his “mind was off football”.

“When you’re playing at a high level at 100 miles an hour it can probably effect your performances but, like I said, luckily it ended up spurring me on (to do even better).

“Thankfully I’ve managed to produce the goods for the club.”

Boyle’s recent run has also coincided with the January arrival at Easter Road of fellow Socceroo Jackson Irvine on a short-term contract.

The midfielder has made a telling impact in his nine games to date, with Boyle and his fellow teammates imploring him to stay on beyond this season.

“Jackson’s been great for us and I think the fans are dying to get his signature for longer,” he declared.

“Obviously we don’t know what’s going to happen at the end of the season, but he’s been a fantastic addition to the squad.

“He’s been exactly what we needed: he creates chances, he gets his head up and he’s great in the air. He’s got everything.

“He’s also an experienced player ... he’s played at a very good level and is a top international.

“I’m sure if he keeps playing the way he is he will attract other attention, which might be good for him.

“But we’d certainly like to keep him here, if at all possible.”