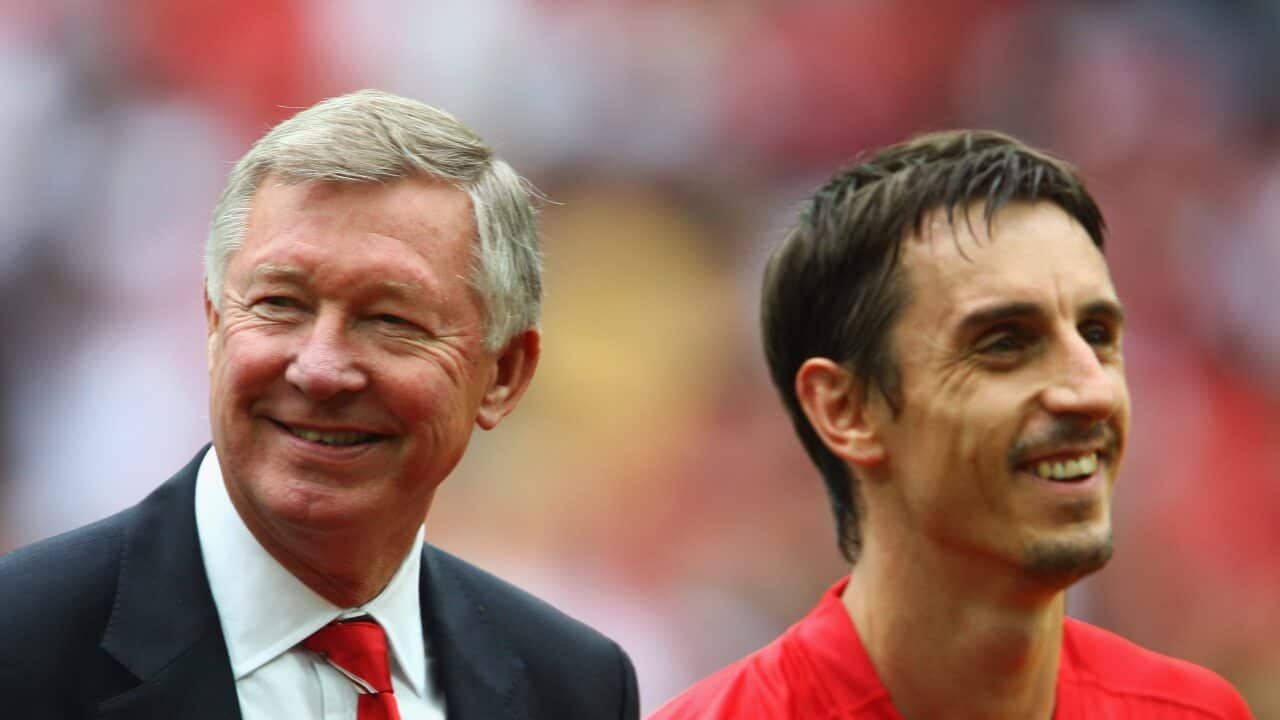 News that the former Red Devils captain would take the reins at the Primera Division club for the remainder of the campaign sent shockwaves around England and Spain.

Neville has become a popular pundit with Sky Sports and a key coach in the England set-up since retiring during the 2010-2011 campaign, although management has long been an ambition.

The former right-back recently completed his Pro Licence course at St George's Park and will get his first taste of management in the unlikely surroundings of Valencia, where he will work alongside brother Phil, who had been coach at the club under predecessor Nuno.

Advertisement
Ferguson, who managed Neville for every one of his 602 appearances in a Manchester United shirt, believes the 40-year-old has the tools to succeed in Spain.

The Scot told Sky Sports News: "Gary has many attributes that suggest he will be successful in management. His leadership skills are strong, he's honest and he's hard working. He is the type of character who is not afraid of making big decisions, which is a vital skill when leading.

"I think he'll do well and I wish him, and his brother Phil, good luck."

The pressures that come with the challenge ahead mean Neville has left his job as a Sky Sports analyst, although the Football Association has confirmed he will remain in his role with England.

Neville will still play a key role in the Three Lions' Euro 2016 preparations, despite being based in Spain, and head coach Roy Hodgson believes he will flourish in the role.

"I'm delighted that Gary has decided to take this excellent opportunity," he said.

"It's the right moment in time for him and I'm 100 per cent behind his decision to join Valencia as the new head coach.

"As far as I'm concerned, this will be an extra string to his bow and the experience he will gain working in the Spanish league can only be beneficial to our work together with the England team."

Neville will be unveiled as Valencia head coach at a press conference on Thursday at 3pm UK time, but Sunday will be his first official day in the Mestalla hotseat.

Neville's first match in charge will be the home Champions League clash with Lyon on December 9 - a match Valencia have to win to stand any chance of progressing to the knock-out stages.

Los Che sit third in Group H and ninth in the Primera Division standings, with coach Nuno quitting following Sunday's loss to Sevilla - a decision the Portuguese informed owner Peter Lim of prior to kick-off on Sunday.

The Singaporean businessman has ties to the Neville brothers through Salford City, which he owns a 50 per cent stake in with the rest split between Gary, Phil, Ryan Giggs, Nicky Butt and Paul Scholes.

Younger brother Phil has been with Valencia since July and reports suggest England's performance analysis manager Andy Scoulding could follow them to the Spanish club.