Feyenoord won their first piece of silverware since 2008 after defeating FC Utrecht 2-1 in the KNVB-Beker final at De Kuip on Monday (AEST). 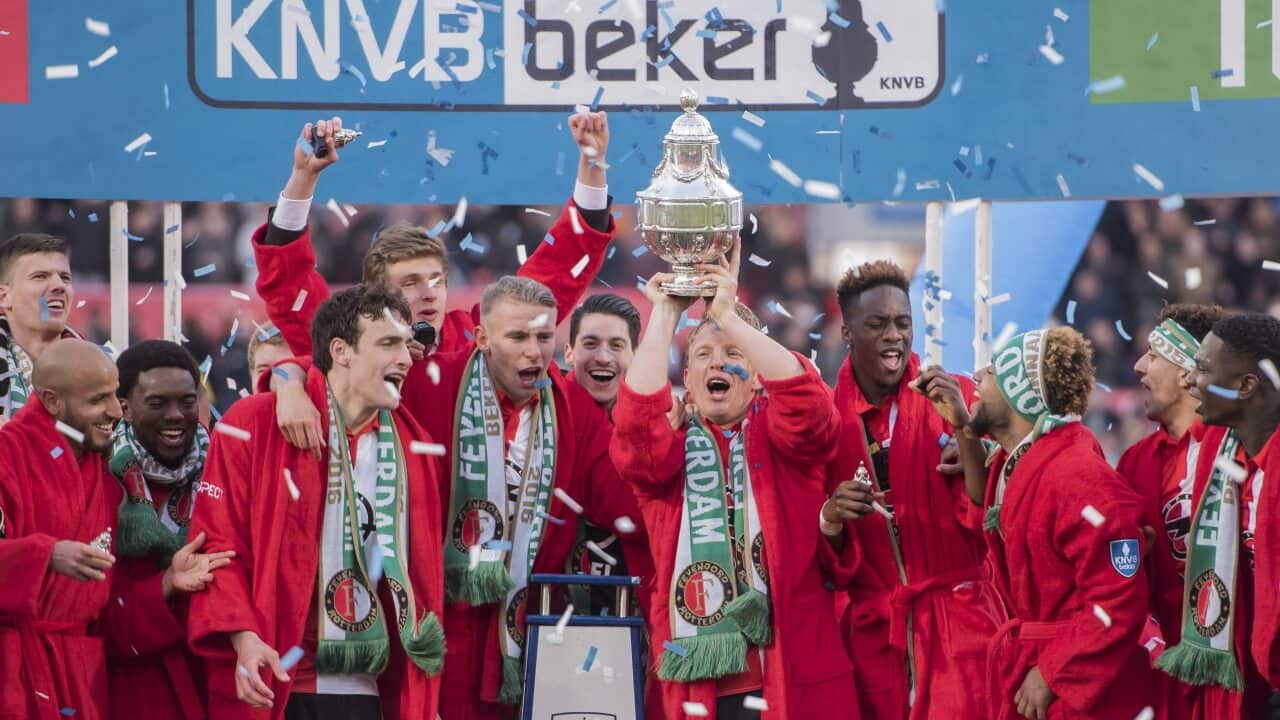 Feyenoord's first-half pressure eventually told three minutes before the break as Kramer jumped above the Utrecht defense to meet a Dirk Kuyt cross and guide a header beyond the dive of Bednarek and just inside the post.

Leeuwin levelled with a low shot six minutes into the second half after Feyenoord failed to clear a free-kick but Feyenoord, in their own stadium, won it in the 75th minute when Elia cut infield from the left and his shot that struck a post and rebounded into the net off Bednarek's back.