Football Federation Australia (FFA) have issued a show cause notice to Melbourne Victory on the back of incidents before and during Saturday night’s derby clash against Melbourne City at AAMI Park. 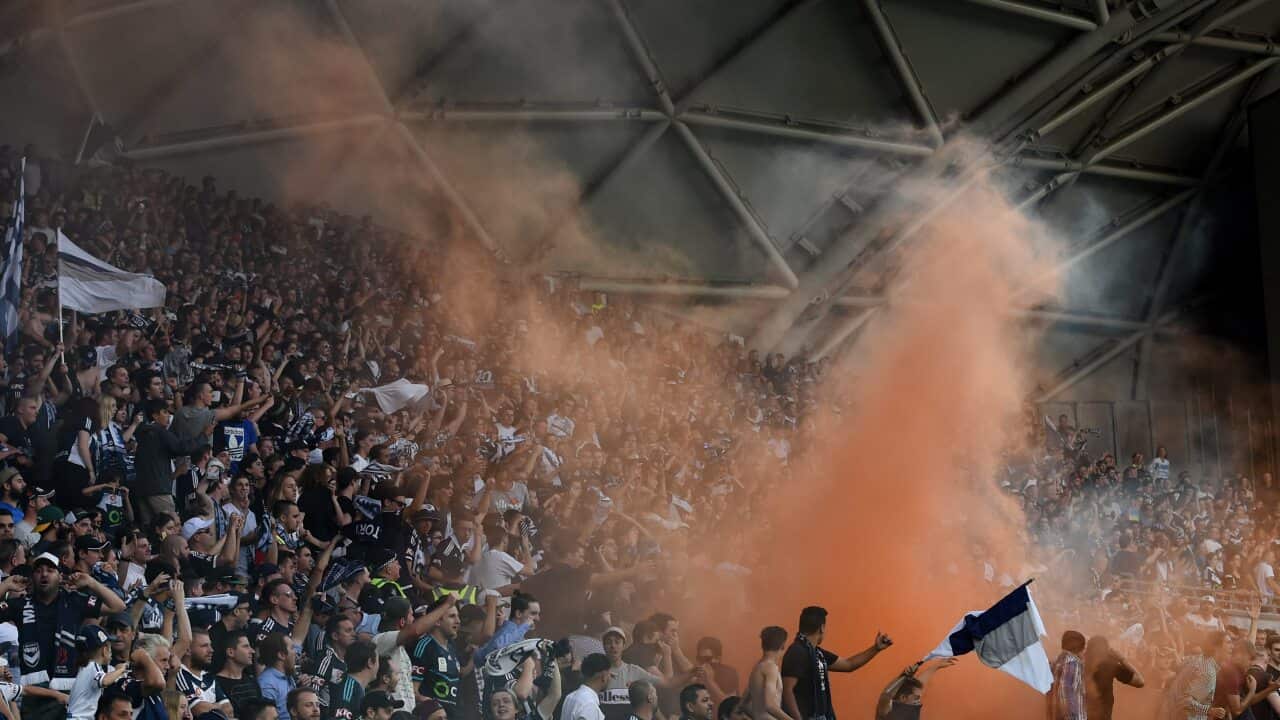 FFA have given the club until 5pm (AEDT) on Wednesday to show cause why they should not face sanction for bringing the game into disrepute through the conduct of their supporters, under the FFA Code of Conduct.

Advertisement
FFA have issued the show cause notice after receiving all relevant incident and match reports from Victoria Police, AAMI Park management and FFA’s security advisers, outlining incidents including the use of flares which took place before and during the match.

Victory fans let off flares inside the stadium, and more outside, just days after Western Sydney Wanderers were fined $50,000 and handed a suspended three-point deduction for the actions of their fans at Etihad Stadium in Round 18.

City goalkeeper Thomas Sorensen also had bottles thrown at him by Victory fans after a controversial decision saw Gui Finkler denied a goal, which would have given the reigning champions a 3-2 lead at the time.

FFA CEO David Gallop today reiterated his disbelief and disappointment at the actions of some Melbourne Victory fans at a time when spectator misconduct is in the spotlight.

"FFA has today issued Melbourne Victory with a Show Cause Notice after receiving detailed information from Victoria Police and others that identifies some Melbourne Victory supporters as taking part in actions that have cast a shadow on football,” Gallop said.

“The timing of these incidents has shocked many people given the acute focus on these issues. No one could have missed the fact that FFA, our clubs, players and coaches have been explicitly clear in our condemnation of actions over the last week around the ignition of flares. We must continue to hold the safety and enjoyment of true football fans at the heart of our decisions.

“The reaction of a section of Melbourne Victory fans, players and coaches on Saturday night has again sent a clear message that this minority is not welcome.”

FFA will also continue to work with police and stadium security to identify individuals and ensure they are subject to the banning procedures, which will be announced later.

Victory coach Kevin Muscat made his view of troublemakers clear after the match, telling them they weren't part of the club.

"Its not acceptable. Those individuals shouldn't come to our games any more," he said.

"I sensed the reaction from the rest of the crowd ... they were fed up with individuals with their mindless acts.