Sydney FC have defended coach Graham Arnold after he was slapped with a formal reprimand by Football Federation Australia for his "criminal" comment following a loss to Adelaide United. 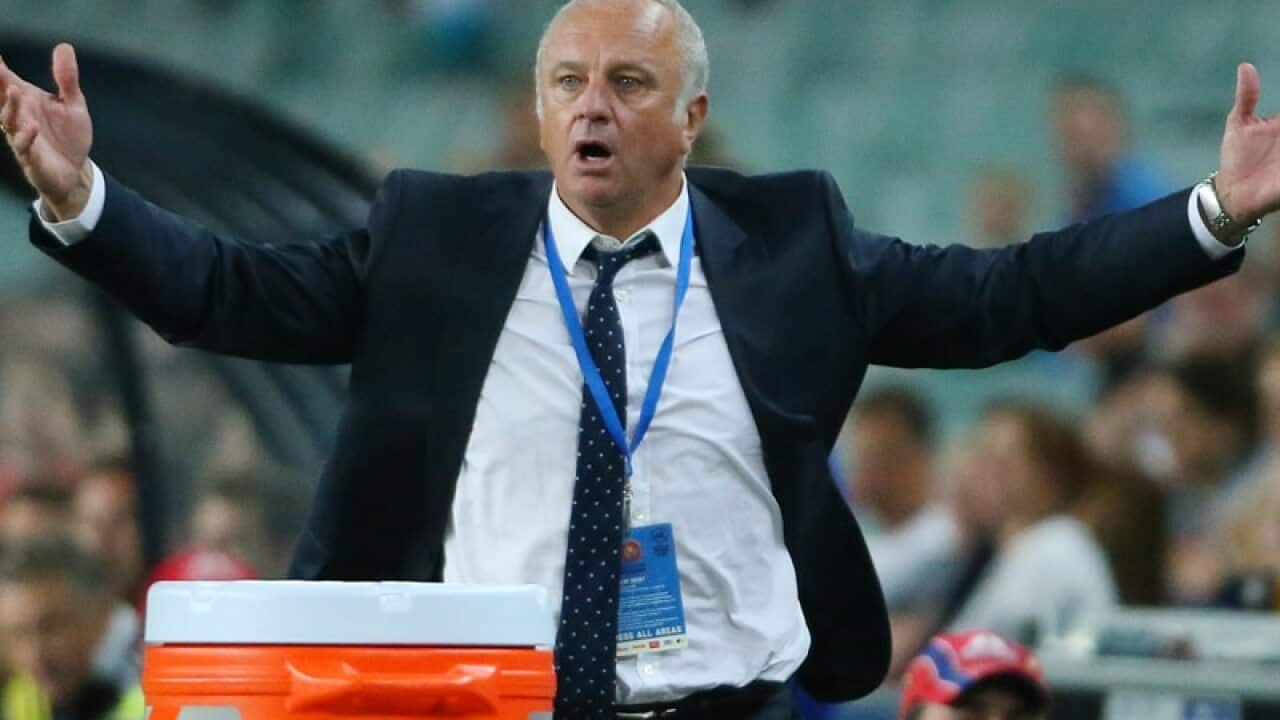 Sydney FC coach Graham Arnold has been reprimanded by FFA for his comments after the Sky Blue's loss to Adelaide Source: Getty Images

The sanction was announced on Tuesday after it was found that Arnold's comments breached two clauses of the national code of conduct concerning making disparaging remarks about the FFA and a match official.

Advertisement
Sydney FC defender Alex Gersbach was sent off in the first half of the Sky Blues' round-10 clash against United at Coopers Stadium, which they ultimately lost 2-1 after conceding a late penalty, leaving Arnold fuming.

"Eleven (players) against 10, I thought we did exceptionally well and it was criminal how it ended - that's pretty much all I've got to say," Arnold said after the match.
The coach submitted that he had not directed his remarks at the referee of the match but A-League chief Damien de Bohun disagreed.

"In reaching our decision, it was determined that any reasonable person who heard or read that comment would take the clear inference that the comment was referring to the awarding of a late penalty," De Bohun said via a statement

"If Graham was intending to express disappointment about losing a match when down to 10 players, he was not clear about that and in any event there are many other ways to convey that feeling."

However, Sydney FC chief executive Tony Pignata defended Arnold's choice of words and expressed his disappointment at the sanction.

"We maintain that in no way was his use of the word 'criminal' directed at the match official and was solely used to reflect how he felt the game had been snatched away in the final seconds, with the team having fought for over an hour with only ten men," Pignata said via a statement.

"In over 20 years of international and senior coaching Graham's integrity has never been questioned.

"Graham is a passionate and honest person and we believe he did not impugn the character of referee Strebre Delovski with his comments and support him fully in his submission to FFA.

"We accept their decision of no fine and no suspension and we now wish to focus on our home game with the Central Coast Mariners on Boxing Day."