FFA should set up youth base in Europe, says ex-Premier League scout

Establishing a permanent training base in Europe is the solution to Australia's "broken" player development system, a former youth coach and Premier League scout believes. 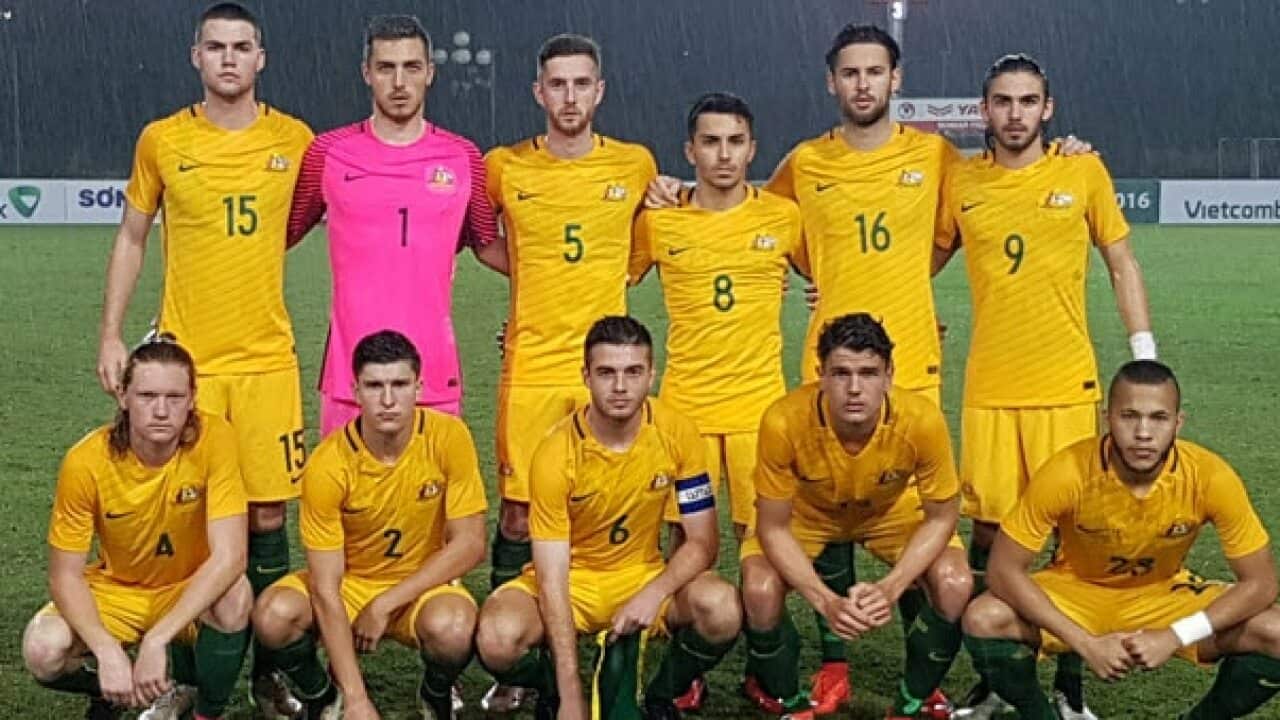 Young Socceroos side in 2016 Source: FFA

He is convinced there is an untapped well of Luongos just waiting to be identified should FFA take a leap of faith and "throw some coin" at an increasingly vexing issue.

Once a hotbed of talent production which produced U-17, U-20 and U-23 teams who gave as good as they got in major tournaments, Australia have dropped off a cliff in recent years.

Advertisement
Magrone feels the answer could be a full time training base in Europe for players aged 16 to 19.

"Something has to change because the system is broken... the best way forward would be to have a central base for youth development in Europe, where players are housed and coached on a full time basis," said Magrone, who spent a total of five seasons scouring Europe for talent with Spurs and then QPR.

"This could be a talent factory for our young international teams. The players of the future don't need to belong to a club or play in a league.

"It should be backed by the FFA and based somewhere like southern Portugal where within a few hours’ drive you have 20-plus top professional clubs you could play against in England and mainland Europe.

"We'd be on the doorstep of high level competition, and you'd be mimicking a professional environment.

"I've worked on this model; Australia needs a central development base for a group of 25-30 top quality players. You’d have to invest in that group.”

Australia’s litany of failure at youth level of late makes for grim reading.

The Olyroos have failed to reach an Olympics since 2008, the Joeys were recently bundled out early in the AFC U-16 Championships and last October the Young Socceroos' hopes of qualifying for next year's U-20 World Cup were crushed.

The prevailing mood of pessimism has been further stoked by FFA's seeming desire to close the Centre of Excellence in Canberra, and put the onus on the clubs instead.

“The best you'll get is those good enough for the A-League, and only by default - and that's not a great level."

Magrone insists he could aid in conceiving an ambitious Euro project through connections across the continent, fostered while at Spurs and QPR.

"You could have a year-round schedule,” he added. “Australia has moved away from that. The AIS used to play games in South America a lot and also Europe.

“But that was pretty much scrapped when our qualifying path took us through Asia.

“Our young players need to be playing against high calibre opponents... different teams with different systems and different cultures."

Luongo, who benefited from joining Spurs at 16, concurs that Europe might be the best place for the next generation to learn their craft.

"David has been talking about this for years, I think it's a great model and there is no one better than him to find and then produce top level players,” said the Australia midfielder.

Magrone, whose coaching credits include St George, Apia Leichhardt and Sydney Olympic, has no doubt he could play a part in polishing a new batch of uncut diamonds.

"If I can produce one of Australia's best players (Luongo) on a hockey field with no funding, then give me the resources and I'll produce 50 more of them,” he declared.

“If the FFA are not interested, I might do it myself. It's not necessarily about winning international youth tournaments... that's not the pinnacle.

“It's having the Socceroos squad full of players like Mass, Aaron Mooy, Tom Rogic and Mile Jedinak playing at the top level, which they aren't.

"Back in the day we had 10 players in the EPL and the rest were playing in Serie A and even La Liga.

“I don't care if we don't win ultimately a U-17 World Cup. In a few years’ time you'd like to think maybe we can have players scattered around La Liga, the Premier League and Serie A. I see no reason why that can't happen."