Socceroos star Tim Cahill is being investigated by FIFA following reports he was paid for a sponsored goal celebration after scoring the winner against Syria in Tuesday's World Cup play-off. 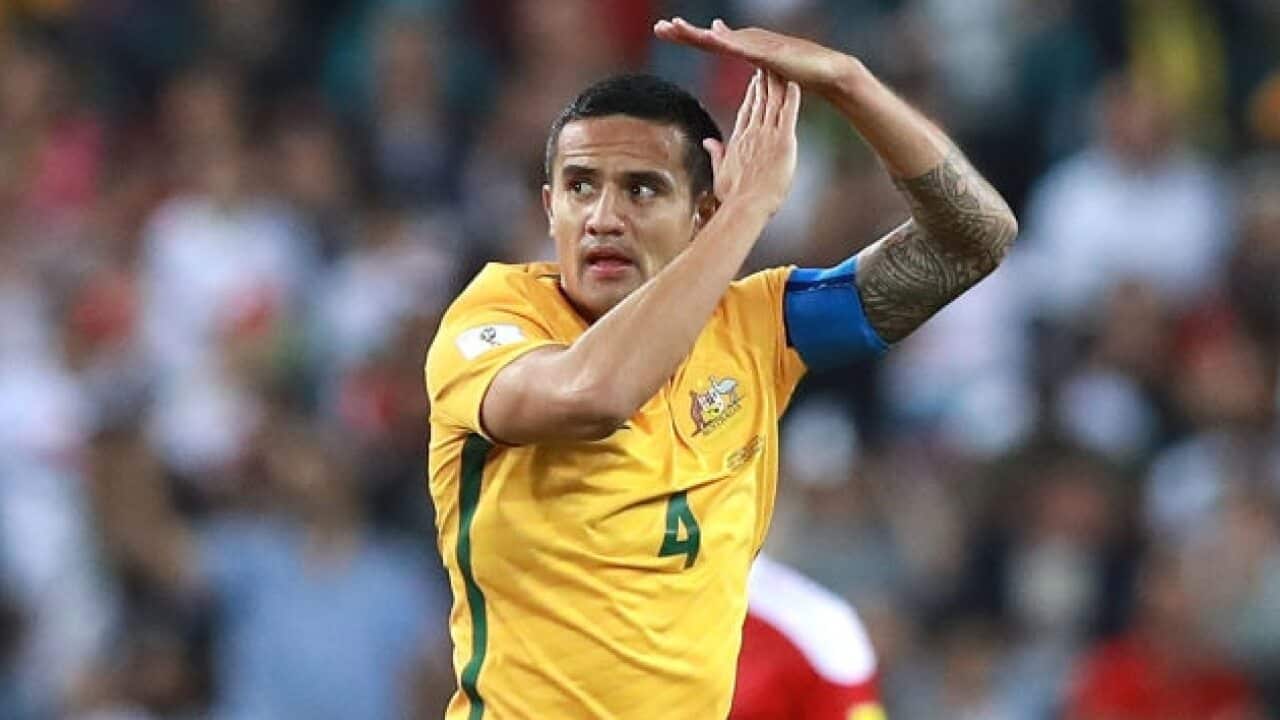 The Socceroos icon celebrated his extra-time winning goal by making a 'T' sign with his hands, instead of his trademark corner flag boxing celebration.

Shortly afterwards online travel agency TripADeal then posted a picture of Cahill's celebration on Instagram to thank the Australia star saying: “Did you catch @tim_cahill, our new brand ambassador, doing the TripADeal ‘T’ after he scored the winning goal last night? Congratulations Tim!’”.

Cahill replied to TripADeal with an Instgram post of his own to confirm his relationship with the travel agency.

The 37-year-old scored both goals in the 2-1 victory over Syria at ANZ Stadium to send Australia through to the final World Cup playoffs against Honduras in November.

A FIFA spokesperson confirmed on Friday the world governing body are now investigating the incident.

"FIFA is reviewing and analysing the reports from the referees and the match commissioners for all matches in FIFA competitions. Events which require further attention may be communicated accordingly," a FIFA spokesman said.