FIFA: The five men not to vote for

As five men line up to contest FIFA’s historic presidential elections on Friday 26 February the obvious burning question for the organisation’s 209 members - of which Football Federation is of course one, is who to vote for. My answer? None of them. 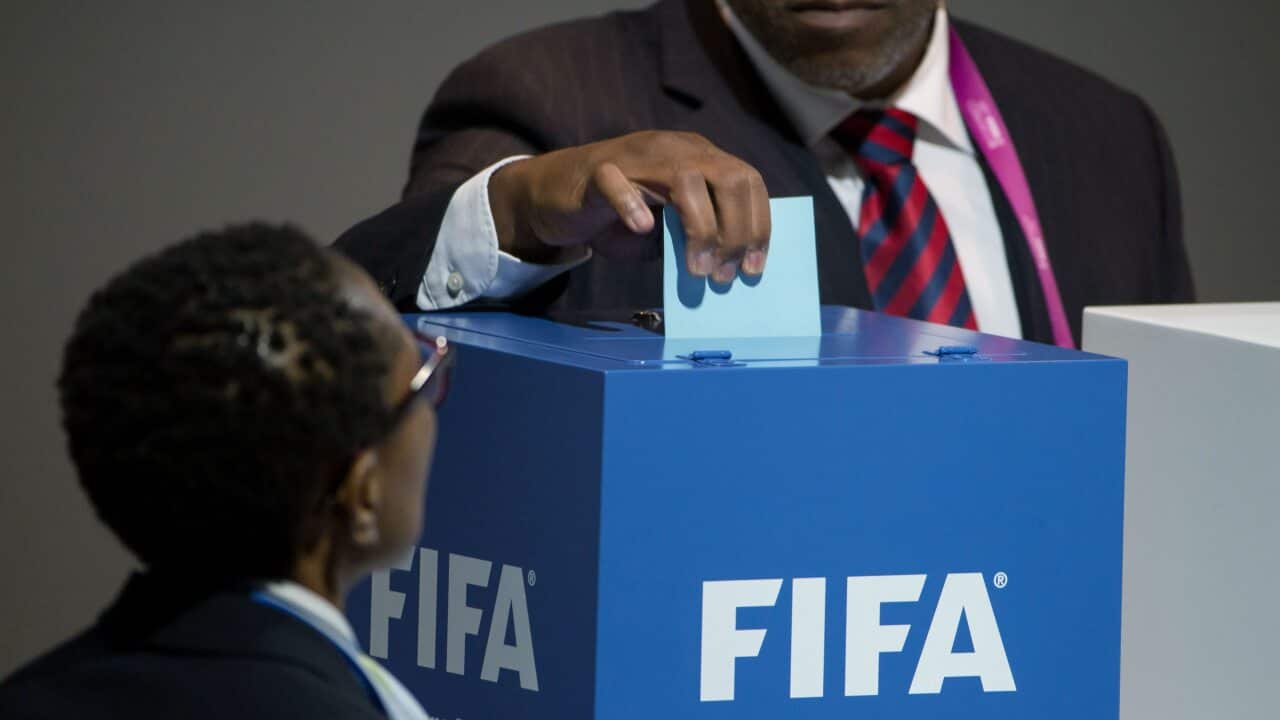 In fact I would go as far as to suggest to FFA that they abstain from the vote.

This is because none of the candidates is suitable. None is in fact worthy of the job. And this is not a reference to the moral baggage most of them carry. It is more that not one of them has a substantial track record for fighting FIFA corruption and agitating for reform.

Advertisement
READ MORE
The FIFA five: Here's who is running for the Presidency

But before that they were silent on FIFA corruption even though, surely, they knew or suspected it was festering under the surface. Two of them, Sheikh Salman and Prince Ali, have at various times been members of FIFA’s executive committee. Champagne was deep in FIFA’s inner sanctum for years. Yet during those times they said and did nothing about corruption.

There is simply no genuine, long term, believable moral reformer, much less crusader, among the five candidates. Yet that’s what FIFA desperately needs at this time.

The worst case of a corruption-tolerant turned reformer is Salman. As head of the Asian Football Confederation this man vigorously backed Sepp Blatter before the last election in May 2015. After Blatter stepped aside Salman, now the bookmakers’ favourite to become president, backed the replacement candidate, Michel Platini. Both Blatter and Platini have since been banned, disgraced and are under investigation by Swiss prosecutors.

And now Salman is a reformer? Pardon me for laughing.

The baggage Salman carries when it comes to questionable ethics is large. The respected academic and journalist James M. Dorsey
catalogued the question marks over his head
comprehensively in his recent lecture at the Interdisciplinary Colloquium of the Institute of Sports Science in Wuerzburg. The suggestion that the majority of FIFA members should even consider voting for him, especially at this time of a prolonged corruption crisis, is breathtaking.

Most prevalent are the
allegations by various human rights groups
, including Human Rights Watch that Salman was an instrument of footballers having been jailed and tortured during pro-democracy protests in Bahrain in 2011.

Salman vehemently denies the allegations, calling them ‘nasty lies’. But he has never denied that, as the then head of the Bahrain Football Association, at no time did he lift one finger to defend or protect the targeted footballers, of whom 150 were sent to jail. On the contrary, his Bahrain FA banned clubs as part of the anti-dissident clampdown.

Salman this day does not condemn the human rights abuses of 2011 and he can’t. That is because it would mean being critical of the Bahrain government, ruled by the royal family of which he is a member. What he claims is that he’s not a politician, never has been and was not part of the government-led suppression.

There are other allegations against Salman, none of them proven. Among them that:

:: He may have benefitted from attempts at vote buying on his behalf when he was elected AFC president in 2013.
:: He used Bahrain FA funds to bankroll his failed attempt to be elected onto the FIFA executive committee in 2009.
:: He buried or covered up a damaging audit by Price Waterhouse Coopers which alleged corrupt practices in the relationship between the AFC and the marketing company World Sports Group.
:: There were attempts at vote buying on his behalf by the Olympic Council of Asia during the 2009 poll in which he challenged the sitting FIFA exco member, Mohamed bin Hammam.

The
2009 vote buying case
is one with which SBS, and I personally, are intimately familiar. It was SBS that uncovered it.

In March that year, in an exclusive interview I conducted with Bin Hammam, he made allegations that the OCA, headquartered in Kuwait and headed by Salman’s good friend, Sheikh Ahmed Al-Fahad Al-Ahmed Al-Sabah, was offering cash grants to AFC member associations in return for voting for Salman. As then a member of the FIFA ethics committee I reported the allegations to the committee’s acting chairman, Petrus Damaseb (Namibia). There were no allegations that Salman knew of the alleged scam.

Damaseb immediately ordered the commencement of an ethics investigation. I sought and received some corroboration of the claims. The then president of the Philippines FA, Jose Mari Martinez, told me by telephone that he received cash offers. FA officials from Uzbekistan and Indonesia told me they were aware of the scam.

On 23 April 2009 I sent a detailed report of what we at SBS knew, complete with names, dates and references to file notes, to FIFA secretary general Jerome Valcke.

Later SBS commissioned an investigative report into the affair and sent a reporting team to the elections in Kuala Lumpur, held on 8 May that year. In that report Martinez went on camera to repeat his claims that he received cash offers.

To this day I do not know what happened to my report to Valcke and to the ethics probe Damaseb ordered to commence, for I have not heard back from FIFA since. To recent questions posed on the affair by journalists in Britain, FIFA responded with a stern ‘no comment’.

But even today, almost seven years later, questions to FIFA about this matter and what happened to it are justified and should be asked, especially now that Sheikh Salman, the beneficiary of the alleged scam, is running for FIFA’s highest office.

The saving grace might be that, in a sense, it will not matter who is elected president because his agenda and his manifesto will become largely redundant. This is because prior to the presidential elections members of the congress will vote on a raft of recommendations made by FIFA’s reform committee.

The recommendations are as follows:

:: FIFA's 24-member Executive Committee is to be abolished and replaced by a 36-member FIFA Council and a General Secretariat, separating FIFA's political functions from day-to-day management.

::  The new General Secretariat, intended to be staffed by professionals and akin to a corporate executive board, will handle the operational and commercial management of that strategy.

:: The new president will head the Council in a more ambassadorial role, albeit with non-executive powers.

:: The president's salary and that of all senior FIFA officers will be made public.

:: A FIFA Review Committee will conduct enhanced integrity checks on all candidates before they are allowed to stand for election to the Council.

:: The Finance, Development and Governance Committees reporting to the Council will have a minimum number of independent members from outside football.

:: All decisions taken by the Council, the General Secretariat and the Finance, Development and Governance Committees must be audited and approved by the fully independent Audit and Compliance Committee.

::  No senior elected official will be allowed to serve more than three terms of four years. Blatter was president for more than 17 years, while his predecessor Joao Havelange was president for 24 years and, once in office, was never opposed in another election.

:: The term limits also apply to all members of the FIFA Council, the Audit and Compliance Committee and FIFA's judicial bodies.

:: The promotion of women will become a primary FIFA objective. Six women will sit on the FIFA Council, one from each regional confederation.

:: FIFA will reduce the number of its standing committees from 26 to nine, with increased participation of the wider football community.

:: A Football Stakeholders' Committee will be created to represent players, clubs and leagues, which have until now had only limited representation in FIFA.

:: A new article will commit FIFA to respect all internationally recognised human rights and strive to promote and protect them.

If these changes are passed, enshrined in the FIFA statutes and implemented (a 75 per cent majority is required to pass them) the reform process will be largely set in stone and there will be nothing the new president will be able to do to set a different agenda.

On the matter of who to vote for, FFA find themselves between a rock and a hard place.

On the one hand they will want to please Sheikh Salman, the AFC president and good mate of Sheikh Ahmed of Kuwait, an open doubter of Australia’s right to be an AFC member.

But on the other there is such a thing as a moral compass. Voting for Salman would send a tardy message to Australia and the tax payers who, through government grants, spend serious amounts of money on the FFA.

Australia, I repeat, should abstain from the vote.