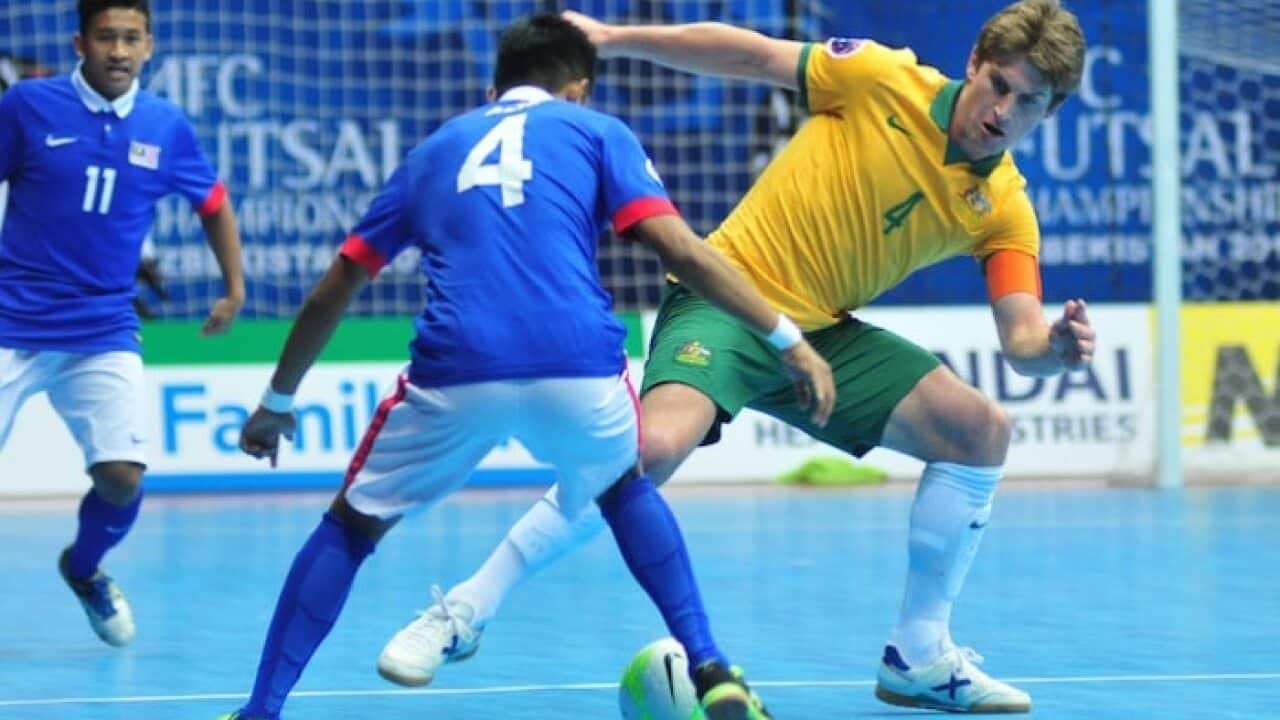 Second-half goals from Jarrod Basger and Greg Giovenali proved the difference as the Futsalroos went top of the group ahead of Japan, who accounted for Qatar 1-0.

Khairul Effendy put Malaysia ahead just before the half-time break before Basger and Giovenali responded within six minutes of the restart to secure the three points for Australia.

Advertisement
Basger, with an assist from Giovenali, slotted home from the right past keeper Mohamed Firdaus four minutes into the second half.

He then turned provider 90 seconds later when his run down the left saw him evade several Malaysian players before squaring for Giovenali to find the net at the back post.

“We displayed a lot of guts and determination in turning around our poor start," Australia coach Robert Varela told the
official AFC website
.

“As I said before, we may not be the most technical side at the tournament, and there are more skilful teams than us, but we have a simple game plan that we executed well in the second half.

“Defensively we were poor in the first half but the boys knew that if they lost tonight it was the exit for them and they displayed such great mental capacity to turn things around. It was that determination and intensity in the second half that won the day.”

On Saturday evening (Sunday 1am AEDT) the Futsalroos plays Qatar before wrapping up their group stage against Japan on Monday (10.30pm AEDT) against Japan.

The tournament acts as the AFC qualifiers for the World Cup with the top five teams qualifying for the 2016 FIFA Futsal World Cup in Colombia in September.