Aston Villa have been relegated from the Premier League for the first time in their history - a 1-0 defeat at Manchester United putting them out of their misery. 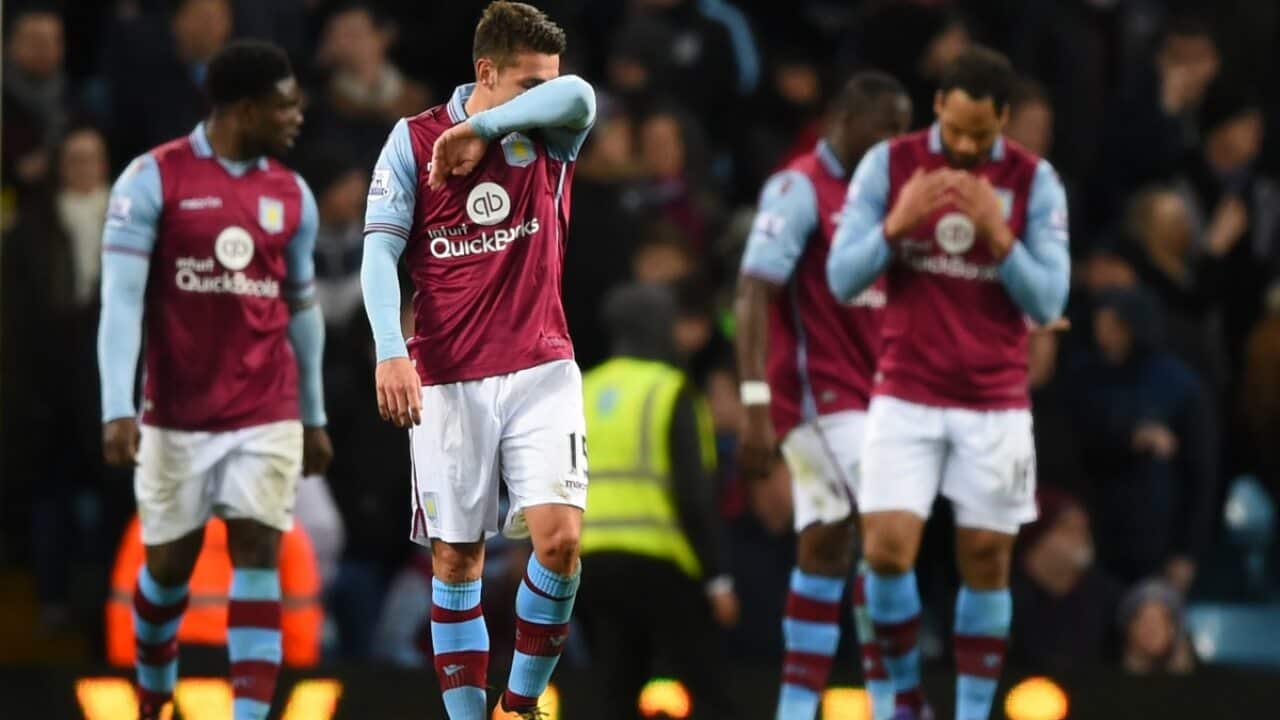 It is their first time they have dropped out of the top flight since 1987 having suffered a season of shame on and off the pitch.

Here, Press Association Sport looks at some of the flash points Villa and their players would want to forget.

The midfielder was banished from the first team for two weeks by ex-boss Remi Garde after he was pictured partying following a 4-0 defeat at Everton in November. The 20-year-old was touted as Villa's hottest prospect when he emerged under Paul Lambert and then shone in last season's FA Cup semi-final win over Liverpool - but he has failed to make any impact this season and Villa have not won a point with Grealish on the pitch.

The club captain has epitomised Villa's slump over the last five years but was still bafflingly rewarded with a four-year deal in 2014.

Former professionals, including ex-Villa striker Andy Gray, criticised his attitude after he was pictured partying and allegedly smoking a shisha pipe in Dubai on holiday in March. The club launched an investigation into his conduct after the bad publicity and dropped him from the squad for the 4-0 defeat to Chelsea before taking no further action. He was then ordered to undergo a fitness bootcamp by caretaker boss Eric Black, who deemed him unfit and confirmed he would not play for at least two weeks.

The Frenchman turned down a move to AEK Athens in January and has been training with the kids since. He would have had to take a pay cut from the reported £64,000-a-week he earns and will leave the club for free at the end of the season. The former Wigan winger has made just two substitute appearances this term and played 41 minutes.

Brad Guzan and Joleon Lescott risked the wrath of fans by allegedly playing a game involving seeing how far they could spit their gum during a 1-1 FA Cup draw at Wycombe in January. Supporters close to the dugout reacted angrily and after the game the whole squad was subjected to merciless abuse as they boarded their coach. Then-boss Remi Garde had to remind all of the players of their responsibilities in another low of Villa's season.

Villa have lost the most league games during a season in their history and also suffered several embarrassing results and performances. It will be their lowest-ever Premier League points total and the first time they have been relegated from the top flight since 1987, ending their ever-present Barclays Premier League record. Their 6-0 loss to Liverpool in February was the club's heaviest home defeat in 81 years.