Arsenal host rivals Tottenham Hotspur in the latest North London derby on Saturday night (AEDT) - LIVE, FREE and in HD on SBS and via The World Game app - and here's a look back at five of their most memorable clashes. 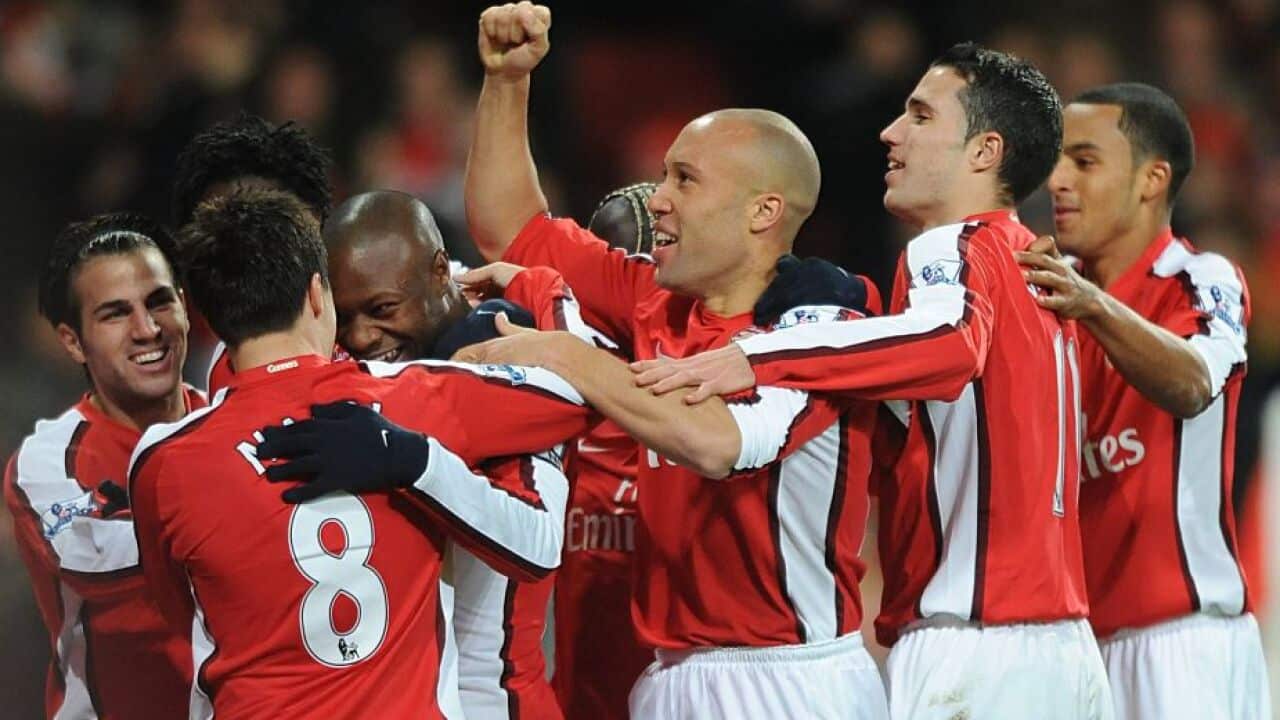 How to watch the LIVE football on SBS this week

After David Bentley struck with a dipping shot, Frenchmen Mikael Silvestre and William Gallas nodded Arsenal into the lead.

Emmanuel Adebayor made it 3-1, but Spurs hit back when Darren Bent punished fumbling goalkeeper Manuel Almunia.

Robin Van Persie struck to give the hosts a 4-2 lead but Spurs got closer through Jermaine Jenas' curled effort before Lennon silenced the Emirates crowd.

Spurs eventually finished eighth on 51 points, 21 behind Arsenal who were fourth.

Arsenal were set to leapfrog table-toppers Chelsea, if only briefly, when they took a 2-0 lead against Tottenham at the interval with goals from Samir Nasri and Marouane Chamakh.

Spurs, having being comprehensively outplayed until that point, launched a remarkable comeback with a fine finish from Gareth Bale five minutes after the break.

Rafael van der Vaart equalised from the spot after Arsenal's Cesc Fabregas handled his free-kick inside the box.

With only five minutes left, defender Younes Kaboul's headed a free-kick past Arsenal goalkeeper Lukasz Fabianski to silence the Emirates crowd and record Tottenham's first win at Arsenal in 17 years.

Down 2-0 after their defensive frailties were exposed early on, Arsenal fired five goals without reply to move to fourth in the Premier League table - a position they eventually finished in.

But the Gunners equalised through Bacary Sagna and Robin van Persie before switching gears in the second half.

Midfielder Tomas Rosicky struck from close range before a couple of sweet finishes from Theo Walcott in the space of three minutes sealed the deal.

Spurs' miserable day ended with midfielder Scott Parker being sent off for a second yellow.

Emmanuel Adebayor scored before being sent off in the first half against his former club as Arsenal came from behind to repeat the 5-2 win over Tottenham from earlier in the year.

By the time Gareth Bale scored Spurs' second goal of the day in the second half, the Gunners had struck four times through defender Per Mertesacker, forwards Lukas Podolski and Olivier Giroud apart from midfielder Santi Cazorla.

Theo Walcott provided the finishing touches like he did in this fixture the previous season, rounding off the thrilling win with an injury time goal.

Arsene Wenger's side failed to improve on their league finish from the previous season, while Spurs were 10 points and two places behind their rivals in sixth.

Glenn Hoddle's Spurs side were undermined by injuries to key duo Sol Campbell and Les Ferdinand but they went ahead through a Gary Doherty header in the 14th minute at Old Trafford.

Arsenal, however, dominated the game with an array of efforts on goal and were eventually rewarded when Patrick Vieira scored a close-range header to make it 1-1.

Arsenal finished behind Manchester United in the Premier League and their hopes of ending the season with silverware were shattered by Michael Owen, who scored twice in the final 10 minutes of the decider to clinch the FA Cup for Liverpool.