Teenager Riley McGree was a shock selection by Ange Postecoglou in the Australia squad for two recent 2018 FIFA World Cup qualifying games. While he didn't play, he got to work with Socceroos legend Tim Cahill and other stars. Here, he shares what the experience was like and reveals his dreams. 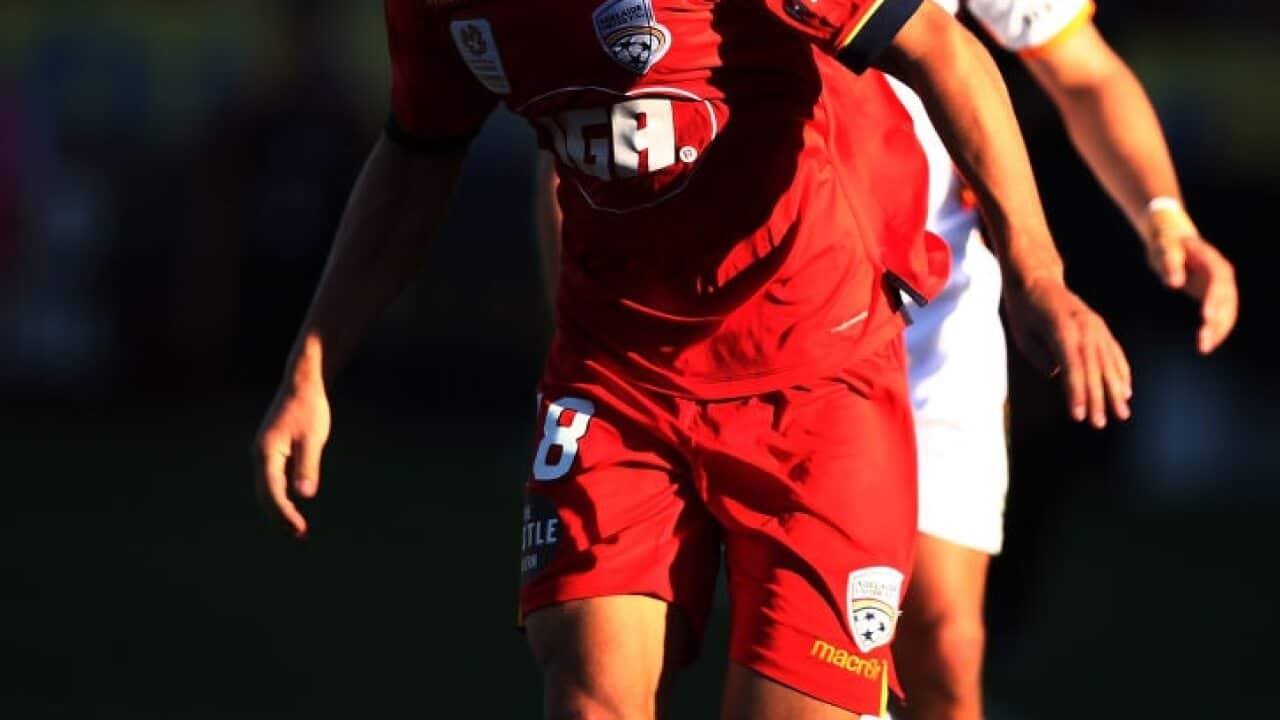 TWG: Tim Cahill is old enough to be your father. How do you relate to a team-mate when there is such a wide age gap?

Riley McGree: I think when a player has got such a lot of experience in the game you can learn a lot from them just by watching the way they act and do their thing.

Senior players can give you such a good idea of what to expect, so you watch and learn and if they want to talk, you listen.

TWG: The worst thing you could do as an 18-year-old is bounce into a camp like that and carry on like you know everything, right?

RM: Yeah, you don't want to do that, you want to lay low and kind of suss out what's good and what's not and try to pick your right time to speak.

TWG: What reaction did you get from the players, particularly an older player like Cahill who is renowned for taking young players under his wing?

RM: I think Timmy is like that with most players. He's very friendly and very helpful.

He knows what it was like when he was younger and I think that's what all the older players understand. They just want to help out and make it as easy as possible for the young players coming up.

TWG: Do you feel like you grew up a lot as a player and a person even from just that one camp?

RM: Yeah, of course. I think it shaped me quite a bit as far as my experience of being a footballer is concerned.

It opened my eyes to what it's like to be at that level and how you should act and that sort of thing. It was a great thing for me to go in there and get that experience.

RM: No, there was no hint at all. When I first met him it was a shake of the hand, 'how are you going' and 'welcome to the camp'. There was no indication of whether I would play or not.

TWG: Do you go through a camp like that thinking 'I might get a run', or did you accept it was going to be hard to get a run first-up?

RM: I was just happy to be there, to be honest. I just wanted to do the best I could, prove myself at training and if I got the opportunity to play that would be a bonus.

TWG: Do you feel you did everything you could to impress?

RM: I think I gave it my all. It took a bit of getting used to the tempo of the training sessions, but once I got into it I just tried to do the best I could and impress.

TWG: What are your dreams in football?

RM: Just to consistently play somewhere at a top level until I retire and set myself up for a good life after football.

It's my dream to go abroad to Europe or a big club elsewhere and embrace the game as much as possible. I think most players want to play at a high level in Europe and become a regular Socceroo.

TWG: How do you see yourself as a player?

RM: I can't really pin-point the kind of player I am. I just try to get the ball and get a goal, really, whether it's for me or to set up for one of my team-mates.

I try to do the best I can for the team at all times and just get the win. How we go as a team is the most important thing.

TWG: You finished school just last year. Do you still hang out with friends from school or are all your mates in football?

RM: I've still got mates from school and I catch up with them a lot of the time, but of course I've got a lot of football friends as well and because of the environment I'm in, I spend a lot of time with them.

TWG: You're only 18, so you're still basically a kid. What do you do for fun, outside of football?

RM: I just try to catch up with mates here and there. In summer I love going to the beach and going out for a coffee on a good day.

Just the normal things when I get time to spend with family and friends.

TWG: Are you a big fan of music, movies, or something on TV?

RM: I like a bit of rap music. American rappers, like most of my generation these days. Drake's the man there.

I also don't mind sitting down to relax and watch something on NetFlix. I got into that series about the lawyers, Suits, for a while.

TWG: Do you hope football makes you rich?

RM: Not as such, I just wouldn't mind having options later in life to do things I want to do.

Money doesn't buy happiness, but it doesn't make you sad either, so the freedom to do a few things would be good.

But whatever happens, happens. If I do make money, then that's fine, but if not I just want to know I gave it my all in football.

TWG: Finally, can you imagine yourself playing at the World Cup finals in 12 months' time?

RM: I think it's maybe a long-shot, but if I put in a good shift between now and then and hopefully impress the coaches, then, who knows?

I'll just give it everything I've got and see what happens.