What's it all about for the in-form Irishman, who has three goals from the first five rounds? Off the field, he and wife Ellen's baby boy, Alfie, is at the centre of their universe. Roy doesn't mind a bit of U2, either. 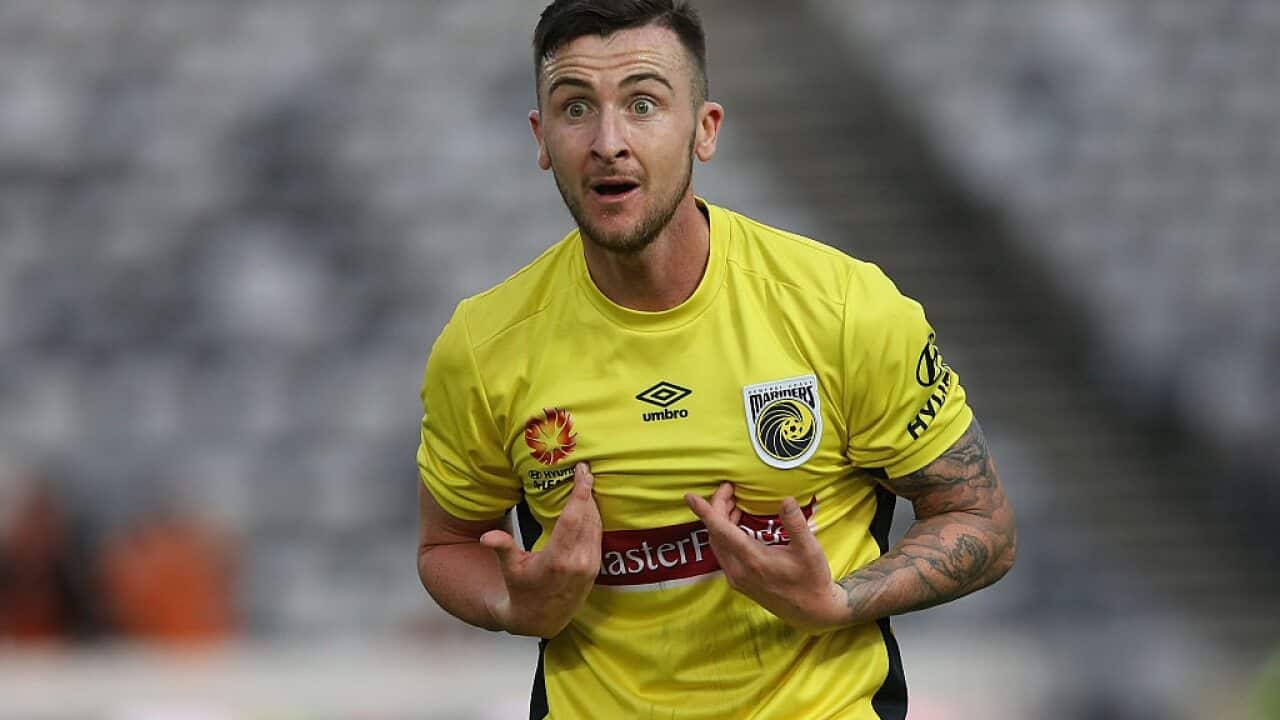 TWG: Your first child, a boy, was born in Australia - and on St Patrick's Day! How is he going?

RO'D: His name's Alfie and he's seven-and-a-half months old now and going strong. My wife, Ellen, liked the name, she thought it fitted him and I have to agree. He's a bubbly little boy, he's always smiling. He's got a good personality and he's a good sleeper as well, which is great for his mum and dad.

TWG: Are you keen on a bigger family?

Advertisement
RO'D: Oh yeah, in time. We're in no rush, we're going to enjoy Alfie being about for a while first and we'll think about taking the next step when we feel the time's right.

TWG: Are you a hands-on dad, do you get involved with the changing of the nappies and all of that?

RO'D: Yeah, I do. I have no choice, really, but I want to do it. It's great to have the little fellow there when you come home and whether you've won a game or lost a game he takes your mind off football. It gives you a bit of perspective, having a child. You're not the most important thing anymore - they are. He's a real positive in my life.

TWG: How are you finding living on the Central Coast?

RO'D: We're in a house at Terrigal, just over 100 metres from the beach. It's a lovely way of life, a very relaxed place with eight or nine beaches within a few kilometres. It's not far from Sydney, either, if you think you need a bit of retail therapy and you've got a couple of days off. It's a great location and a perfect place for a young family.

TWG: Have you been back to Ireland, or elsewhere in the UK, since you joined the Mariners?

RO'D: Yeah, we were back in Cork for about five weeks in the off-season and down in England for a week as well. It was actually a good summer in Ireland, so I didn't get too much frostbite! My mother-in-law was over here for the birth, but this was the first chance for all of the grandparents to see the baby and they were delighted. It was the first grandchild on each side, so he was spoiled by the time we left to come back here.

TWG: Do you ideally want to stay in Australia for good, or go back to the UK at some stage?

RO'D: There's no point making plans in football because it doesn't work like that, things so often change and can do very quickly. But I've said it a thousand times, I love Australia, I think the A-League is a great product, it's a great place to play football and a great place to live, so at this stage I have no thoughts of going back to live. But you never know.

TWG: As an Irishman, are you a U2 man? Is that your sort of music?

RO'D: I think it's a cardinal sin if you're Irish and you're not a U2 fan. I haven't had the chance to see them live yet, it hasn't matched up with the football, but hopefully they'll come to Sydney some time soon.

TWG: Finally, have you got an all-time favourite movie, or is there one you saw recently that you liked?

RO'D: My all-time favourite is The Shawshank Redemption, but The Wolf Of Wall Street is my favourite from the last few years. It's a great film - I can't believe it's a 90 per cent true story!