Since moving to Melbourne after taking out the A-League double with Adelaide, Bruce Kamau has been lapping up the cafe culture of his new city. And while football is his stock in trade, he admits he would love to be rapper and talks about the buzz the Melbourne derby rivalry has given him already. 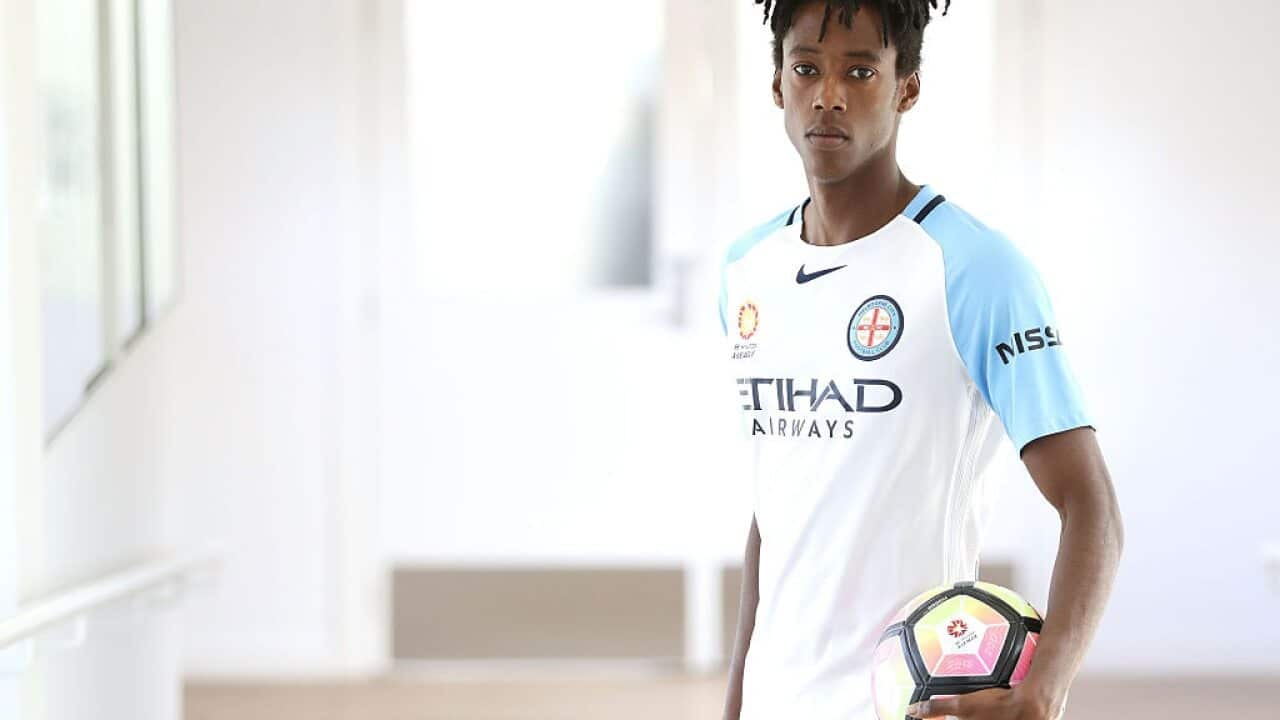 TWG: You were concussed when you got hit by the ball in the third round against Perth. Do you remember what happened?

BK: Yeah, I got hit in the side of the head and had a bit of dizziness. I was a bit wobbly when I walked off. Once I got inside the tunnel I felt better and I was back to normal the next day, but there's a protocol with the FFA where if you come off with concussion symptoms then it's a minimum period before you can play again and that's why I wasn't involved in the midweek cup game against Victory.

TWG: Guillermo Amor, a former Barcelona and Spain star, coached you at Adelaide United, and now you're being coached by John van't Schip, a former star with the Netherlands. Not bad people for you to learn from.

Advertisement
BK: Yeah, definitely. Guillermo and 'JVS' both had fantastic playing careers. I was lucky to work under Guillermo and now I'm continuing my football education under John and really enjoying it.

TWG: Another Bruce - Springsteen - is playing at your home ground, AAMI Park, in February. Will you be there or do you have no interest in 'The Boss"?

BK: No, no interest, that's not my kind of music. I like R&B and rap music and if I wasn't playing football and had a choice of any other career it would be as a rap singer. But my voice is not so good. I just listen most of the time - I'll only sing along if I'm by myself.

TWG: When you switched from Adelaide to City it meant moving out of the family home. How are you handling that?

BK: I'm living with some of the boys from the team, we have a house together. There are six of us - it's a nice, big house right next to our training base. It's fine.

TWG: Did your parents give you a lot of advice about life growing up, or did they try not to overload you?

BK: Dad was more the one to give advice. He tried to guide us, but he also let us learn through experience. He balanced it out well. He didn't try to tell us what to do all the time, but he didn't leave us to figure everything out for ourselves either.

TWG: What are the most important things in life to you outside football?

BK: I would say definitely my family and just enjoying myself and making sure I'm happy. I try to enjoy every day and go from there.

TWG: Melbourne is famous for its cafes and restaurants. Have you joined the cafe society down there?

BK: I wouldn't go as far as to say that, but living with the boys at the house if we get a bit bored we go out to a few cafes here and there. I'm actually not a coffee drinker, but I'll have a hot chocolate.

TWG: Have you ever been back to your country of birth, Kenya, since your family moved to Australia?

BK: The last time I went back was 2003, when I was eight. I want to go back again, but it's about finding the time. I might do in the off-season, if I can arrange something. Most of my extended family is still over there.

TWG: Is playing for the Socceroos something you dream of?

BK: Yes, definitely, I have ambitions to play for Australia. I'm always working hard and working towards playing my best and if I could represent my country it would be a dream come true. Hopefully I can do that soon. Any player who comes through here and starts playing in the A-League would want to do that.

TWG: You experienced the Adelaide-Melbourne Victory rivalry. What do you think of the Victory-City rivalry?

BK: It's quite good, actually. It's the first proper derby I've been involved in and when we played them in the second round at Etihad Stadium it was a fantastic experience and the atmosphere was great. The derby rivalry brings something extra to the game, gives it a bit more meaning. Not that the regular league games don't have meaning, but there's a bit more fire and intensity in those games.

TWG: Finally, do the fans stop you on the street for a chat in Melbourne?

BK: Not as much as in Adelaide. It's more like everyone seems to know everyone in Adelaide, so it's not as frequent in Melbourne.