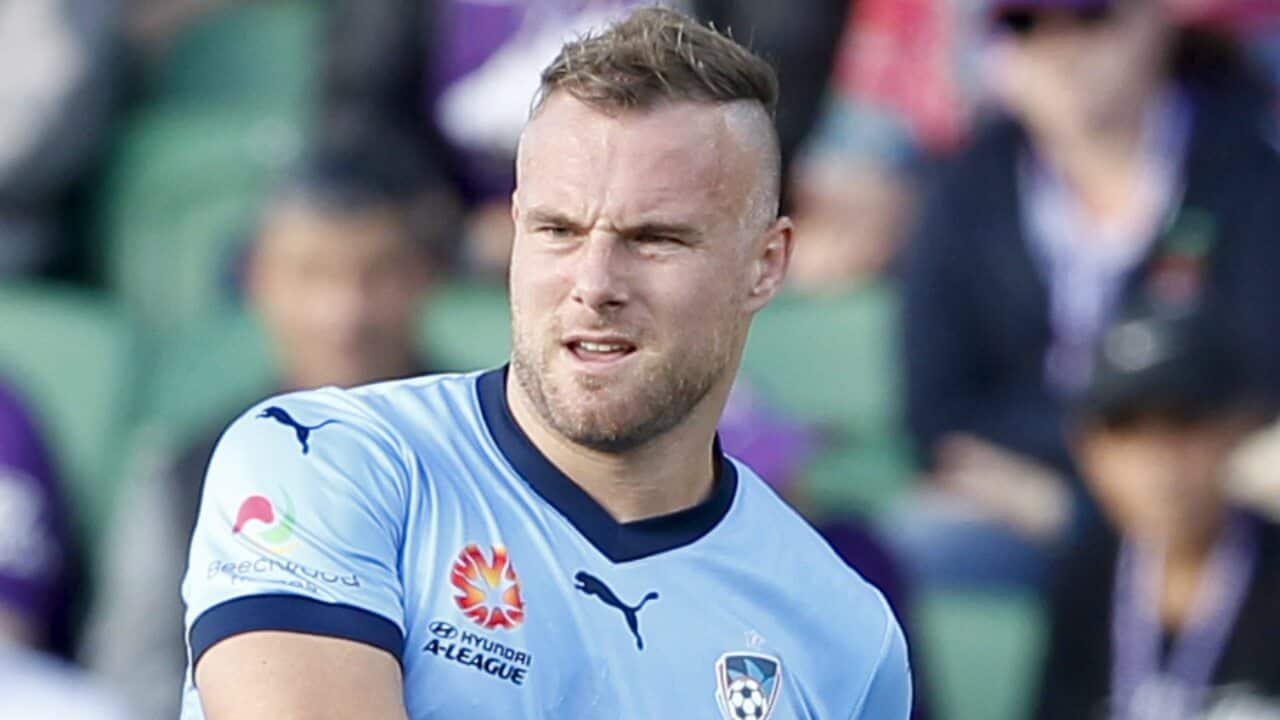 Dutchman Jordy Buijs is very observant, like a top central defender should be. He picked up on Sydney's awful traffic immediately after he arrived and told The World Game he has tried to find ways around it. He also knows the A-League trophy looks a bit strange, but he still wants to lift it.

TWG: You're renowned for being deadly from set pieces. You've even been described as having "a peach of a free-kick". Is that a fair description?

JB: Yeah, I try to do my best with the free kicks and corners and set pieces, but with this sort of thing you need to have luck, too. You need to deliver good and you need the work (from teammates) in front of the goal to also be good. We haven't had a lot of free-kick chances from just outside the box since I got here.

Advertisement
TWG: You got one over the wall against Brisbane Roar in February that goalkeeper Michael Theo had to save. Did you feel you struck that well?

JB: Yeah, but it was no goal, you know. You need to score when you have opportunities, so I can't be satisfied with that.

TWG: You've been seen mixing with the fans along the sideline after games, accepting an invitation to put on sunglasses and things like that. Obviously you enjoy having a good time, but only when it's the right time?

JB: Yeah, of course. I think you cannot play how you would like without the fans. I take a lot of energy off my fans, the way I play. They give me strength. It's probably 10 or 20 per cent of me and I think you need to celebrate with the fans because they are very important for us.

TWG: Did you find they warmed to you straight away - and you to them?

JB: Yeah, they give me a good feeling and sometimes you need to give that feeling back and that's why always, after the game - if we win, if we lose, or draw - we go to the fence. This is a very important thing.

TWG: Genuine fans appreciate someone giving 100 per cent, regardless of the result. That's all they can really expect, isn't it?

JB: Yeah, of course. This is the most important thing and everyone sees we do this every game - give 100 per cent, the whole team - and that's why we win a lot of games.

TWG: You've got a pretty normal-looking haircut at the moment, but you've been prepared to mix it up in that area, with a bit of a mohawk. Is it just how you feel on the day sometimes, coming out in your hairstyle?

JB: Yeah, you know, you need to feel good, you need to feel comfortable, so you do what you want to do. I don't really care too much about my haircut, but I like it and my wife does too and that's important. I think you need to look good. It's just a display of how I'm feeling at the time.

TWG: How do you like the city of Sydney? Have you been able to see much of it?

JB: Yeah, of course, we travel in and around Sydney and it's a big city. A lot of traffic, so sometimes it's better to go by walking or catch the ferry. It's a very nice city and we enjoy it a lot.

TWG: It obviously didn't take you long to discover the biggest problem in Sydney - the traffic.

JB: Yeah, this is something different than Holland. Sometimes you have to use the car to go to training or somewhere else, but it's OK. You get used to it, I think.

TWG: What do you do to relax and get away from football?

JB: Always with my family. That's how I relax, by spending time with them.

TWG: Apart from the fact that being a professional footballer remains a constant, it must be a whole new experience for you here.

JB: Yeah, and the weather is a bit different, too. We came here for the weather, eh? This is a little joke.

TWG: The weather in Sydney has been ordinary lately, but it's generally good and hopefully you'll see a bit more of that.

JB: Yeah, hopefully. This is the thing we miss a little bit, but the rest of it is very, very nice. The accommodation and the facilities are incredible.

TWG: How would you describe your relationship with coach Graham Arnold?

JB: I've been here for three months now and playing for nine weeks and things need to grow and I think that's happening with the players, the staff and the physio and medical side of it. Graham helps me a lot to grow into the team and I appreciate that a lot.

TWG: What about your teammates, did they welcome you straight in?

JB: From the first day I saw they were very positive and maybe because of that spirit they were unbeaten at the time. It was easy to come into this team - they accept you, they talk with you and they help you.

TWG: You haven't won a championship overseas, but on Saturday the team will be presented with the Premier's Plate and hopefully there is the championship to come.

JB: Yeah, this is true, and it's very good to come into a team that is already playing very well. To fit into a team like that is easy. We've got an important game this weekend and then we'll see what happens after that.

TWG: What do you think of the concept of finals football?

JB: The concept is different. It may be a little bit strange, but it's OK. This is the league of Australia and those are the rules here and we expect to win this - how do I say it, the 'toilet seat', as they call it. After this game we'll focus on the semi-final and go from there.