It's great to see one of the game's excitement machines back in action after a long time out injured. But while football is a big part of Ibini's life, it's not the most important thing to the 24-year-old, who also reveals his thoughts on hairstyle and fashion and what he really thinks about Graham Arnold. 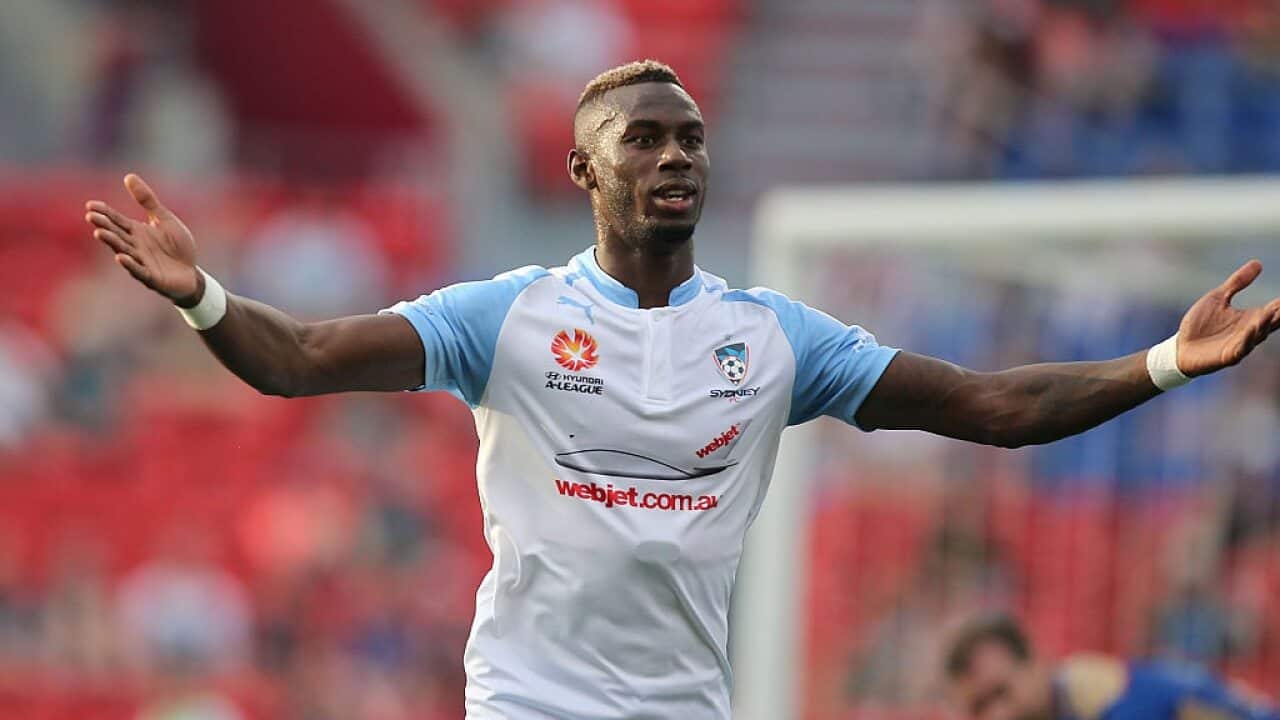 TWG: You had the blond-tipped mohawk in place against Newcastle Jets last weekend. You do like to stand out, don't you?

BI: It was something different I just thought I'd try. I've still got it in - I think I'll probably keep it for a while.

TWG: The goal you scored against the Jets, after wriggling past multiple defenders along the by-line, was very similar to Australia's winning goal against Korea Republic in the 2015 Asian Cup final, which Tomi Juric set up for James Troisi to finish. Were you aware of the similarity?

Advertisement
BI: Actually I spoke to one of my close friends, Maty Ryan, and he did say when he saw the goal it was similar to the one in the Asian Cup, except it didn't have the cutback. I had two defenders on me and I thought 'how can I get out of this situation?' I tried it and it came off and I was very happy that it did.

TWG: It must be great for you that you've got friends like Maty Ryan, on the other side of the world in Spain, willing you on in your comeback.

BI: Yeah, I've got all of my family and friends, guys I've played with and stayed close to, who have supported me throughout this time and I really can't thank them enough. I'm really glad I've come out the other side of the whole injury thing and that I'm feeling good and playing again.

TWG: Tim Cahill will be bringing the star quality for Melbourne City against Sydney FC at ANZ Stadium on Friday night, but you're a player who excites the crowds as well. You love doing that, don't you?

BI: I go out there to play the game as best I can and I try to do something different once in a while, to make something happen. My main aim is always to help the team out.

TWG: What is the most important thing in the world to you?

BI: My family. I'm glad to say it's a very tight family I'm a part of and that it has always been like that.

TWG: You're very tall and instantly recognisable to Sydney FC fans. Do they pull you up for a chat on the street?

BI: I do get it a bit. Not a whole lot, but the fans are great. They're always very positive - unless they're Wanderers fans (laughs).

TWG: Could you imagine life without football?

BI: I guess if I wasn't playing I would have to. It's a big part of my life, but it's not my whole life, I have my family and friends and other things I like to do. But I enjoy it so much that if it suddenly wasn't there it would leave a big hole in my life, yeah.

TWG: How do you relax on a day off from training?

BI: I'd normally call one of my friends and go to a cafe or something like that and just relax and enjoy the hopefully good weather. But I'd probably have a green tea rather than a coffee.

TWG: You're known for your love of nice clothes. How is the wardrobe looking at the moment?

BI: It's looking pretty good. I've brought some new clothes since I've been back, so I'm pretty well stocked at the moment. I've got a fair few suits in there.

TWG: Finally, you've played under Graham Arnold's coaching at Central Coast Mariners and Sydney FC. How would you describe your relationship with him?

BI: He's a great coach that I have a very good relationship with. I've worked pretty well with him over the years. When it comes to football I know he's someone I can go to talk to and discuss things with, so it's pretty relaxed that way.