Five things we learned from A-League Round 10

A historic derby demolition, identity crises and out of place stormtroopers completed what was a rather memorable Star Wars round of A-League action this past weekend. 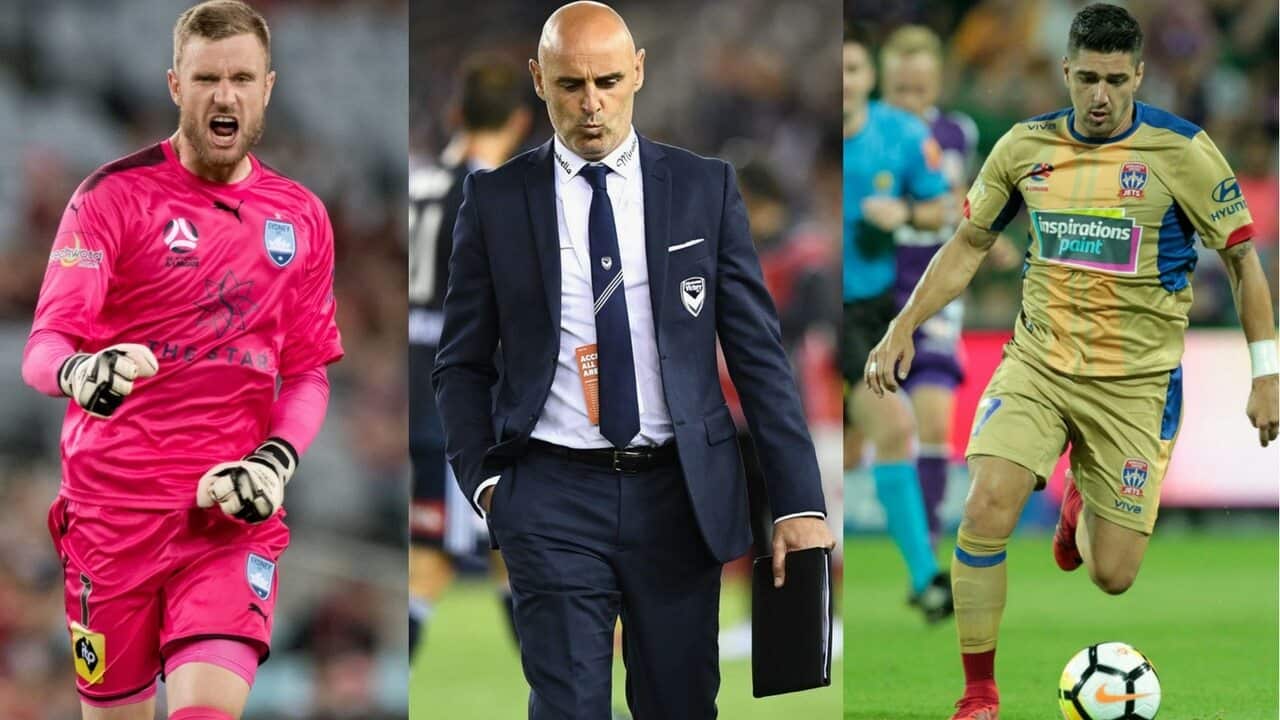 A galaxy far, far away

It wasn’t always like this, but courtesy of the FFA’s poor administration, this is where the A-League is now at in comparison to the rest of its rival codes.

Stranded between unappreciated and unattended, the heights to which Alessandro Del Piero, Emile Heskey and Shinji Ono took our game have since been replaced by a product spiraling out of control and without a care.

Advertisement
It isn’t the players’ fault, nor the fans’. In fact, FIFA’s decision to temporarily take over football’s governance in this country should prove enough evidence as to just how bad things have become.

The Sydney Derby, a fixture that drew over 60,000 fans through the ANZ Stadium gates and more than double in TV viewership last season, registered just over 55,000 free-to-air viewers on Saturday night – a figure dwarfed by the 470-odd thousand who tuned in for the Women’s Big Bash League.

This league has moved beyond its teething phase. Poor scheduling times and dwindling crowds should not be an issue or the topic of discussion.

But instead, this is where we find ourselves, and the worst part, is that nobody knows when we will start to see the change this beautiful game deserves.

Taking the weekend’s theme into account, is there any better way to address arguably the greatest coach this league has ever seen?

Graham Arnold was a man on a mission Saturday night as his Sydney FC side romped to a 5-0 victory over a woeful and weakened Western Sydney Wanderers outfit.

When asked if Western Sydney’s changes came as a surprise, the 54-year-old replied with: “I didn’t expect the personnel, but I expected the score, and I’m not joking. I expected that, if not more.”

Arnold has built a reputation for being methodical and in-depth in his analysis, something that came to fruition in what was a rather one-sided derby.

With more points through 10 games than what his then-undefeated bunch had last season, the defending champions, fresh from their 100th A-League clean sheet, look destined for back-to-back championships.

Ange Postecoglou’s Brisbane Roar may be the only team to have achieved such a feat, but it seems this Sky Blues dominance will continue so long as Arnold chooses to remain at the helm.

“At the end of the day, the one negative is that we should have scored another five,” Arnold said. And he wasn’t wrong.

Well, unlike Jar Jar Binks, Josep Gombau managed to not completely disappoint his fans after taking the opportunity to apologise for Western Sydney’s horrendous derby display against Sydney FC.

“I assume all the responsibility of this big loss,” Gombau said. “I want to send my apologies to the fans who come to support our team.”

The 5-0 result was the Wanderers’ worst ever defeat and the first time they had conceded five goals in a single match.

Fans were seen leaving well before full-time and those that stayed, including the ever-so-supportive Red and Black Bloc, did not hesitate to show their frustration following a performance former Socceroos goalkeeper Mark Bosnich labelled the “darkest night” in club history.

Gombau made several changes to his side, opting for Lachlan Scott up front in place of the injured Oriol Riera, 19-year-old Keanu Baccus in midfield and right-back Josh Risdon on the wing.

Scott’s own-goal, a fine finish into the back of the Wanderers net following a perfect free-kick from two-goal hero Adrian Mierzejewski, summed up the Spaniard’s poor time in the dugout as Western Sydney sit second from bottom after one draw and three losses to start his tenure.

But yet, despite his attempts to appease fans and accept the blame, the 41-year-old remains adamant his project will come good in the long term, as it did during his time with both Kitchee Sports Club and Adelaide United.

If you thought last week’s come-from-behind win over Wellington would reignite Melbourne Victory’s stagnating season, you were wrong.

Despite Mark Milligan’s beautifully struck volley cancelling out Baba Diawara’s first-half opener, the Victory’s night seemed destined to end in defeat after a nine-man Adelaide United hung on for a 2-1 win courtesy of George Blackwood’s finish 20 minutes from full-time.

Victory fans were left incensed at their side’s apparent lack of urgency in the final 10 minutes, instead opting to play the ball from one side to the other.

If Daniel Adlung’s 82nd-minute send-off wasn’t enough incentive for Kevin Muscat’s men to push for an equaliser, Ben Garuccio’s 87th-minute march would have made it painfully obvious.

“Individually, we have all got to take responsibility for our actions, we are giving ourselves a lot to do week in, week out and that is not helping the cause,” Muscat said.

However, with an increasing number of supporters beginning to voice their disapproval, it seems Muscat’s fifth term may prove to be his last.

Newcastle have developed a habit of luring their opponents into a false sense of security this season after two goals in the final minutes of the second half handed the Jets a 2-1 win over Perth Glory.

“The police have just come into the dressing room and charged us with stealing three points.”

Ernie Merrick’s post-match comments told the story, as Saturday’s result became the sixth time this season in which they’ve come back to claim at least a point despite trailing.

The Glory were made to pay for their complacency in the end, having been in front since the 20th minute courtesy of an impressive Joe Knowles volley.

Kenny Lowe’s men have now squandered leads three times this season and languish in eighth place as a result.

“They’ve had one shot on target and won the game. I don’t know how you can do that,” Lowe said of the match.

Newcastle on the other hand maintain the five-point deficit behind Sydney in second place with the win, and will hope to build on the result next week when they host Adelaide United.