Five things we learned from A-League Round 11

The villainous VAR dominated proceedings once again this weekend as the A-League’s Spanish Round took a turn for an unprecedented worst. 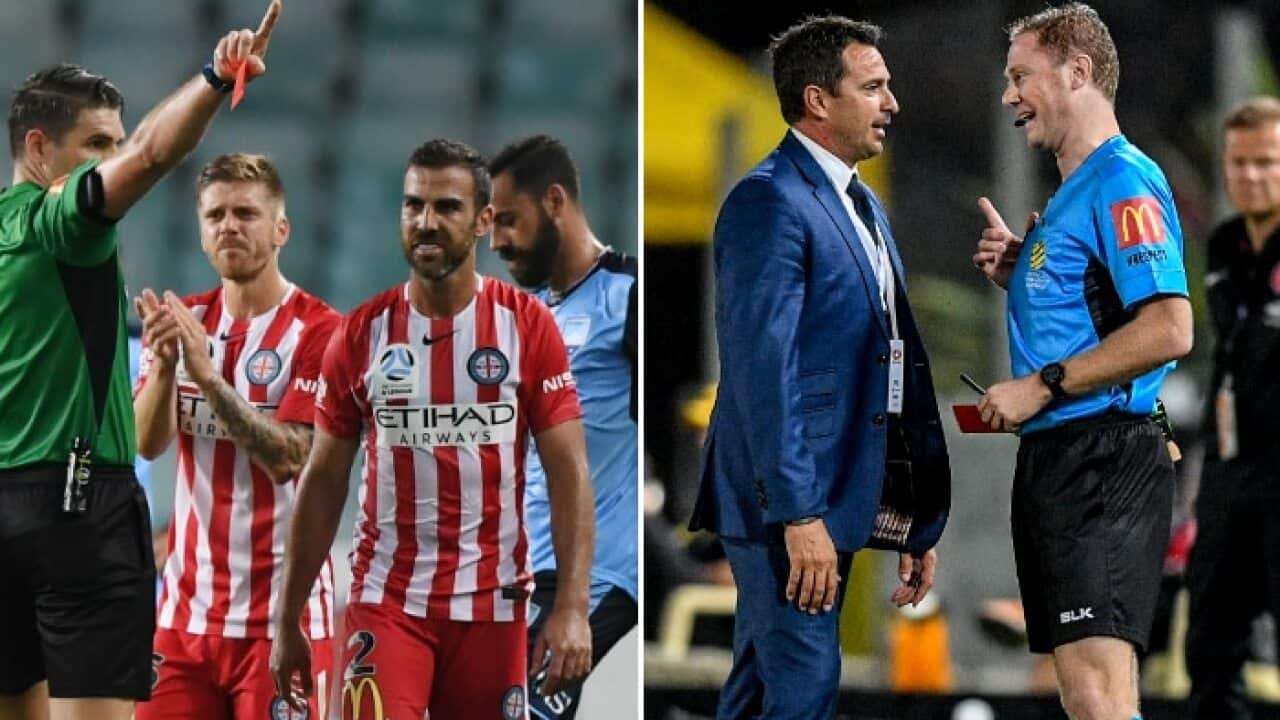 While technology has helped streamline everyday living, Newcastle Jets’ 2-1 win over Adelaide United verified the extent to which the VAR has done nothing but complicate our simple game.

With time winding down, the Jets were awarded a penalty after both the referee and VAR believed Ryan Strain had handled the ball following a shot from Dimitri Petratos.

Advertisement
Petratos didn’t miss from the spot, but the officials definitely missed the opportunity to correct themselves after replays showed the ball make clear contact with Strain’s shoulder.

The patience regarding this technology has, not only reached its limit in Australia, but even abroad as fans of Serie A giants Lazio urged the club to boycott the league after the VAR sent Italy international Ciro Immobile off – despite an earlier handball in the box – for head-butting Torino’s Nicolas Burdisso in a 3-1 loss last Tuesday (AEDT).

"In the name of all our fans, I ask that there be an end to all these errors," Lazio’s head of communications, Arturo Diaconale told Radio 24.

“We want the Serie A to be correct.

“I’m not one for conspiracies, and I don’t like whining either, but let’s be honest, when these incidents happen over and over again, Sunday after Sunday, then you must at least feel a bit of a reason to be suspicious."

Plainly put, unless the FFA modifies the VAR’s presence to a minimum in March, we don’t want this technology in our game.

Sydney FC’s controversial 3-1 win over Melbourne City was, like every other match this round, marred by the VAR and its inconsistency.

With the score 2-1 in Sydney’s favour, and City flooding men forward in search of an equaliser, Manny Muscat was given a straight red card after the VAR deemed his elbow on Michael Zullo worthy of a send-off.

While the dismissal may have been fair, the decision to neglect Bobo’s kick-out at Muscat - a few minutes earlier - left both fans and pundits scratching their heads.

With the referee’s back turned, the Brazilian, for reasons unknown, lashed out at Muscat, raking his studs across the defenders shin as play resumed without hesitation.

With the VAR partly in place to correct obvious errors, this was a moment the technology should have intervened.

"It was definitely reviewed," Friday night’s VAR, Strebre Delovski said after the game.

"We didn’t think it was a serious mis-incident.

"We were determining whether it was violent conduct because it happened off the ball.

Regardless of Delovski’s dubious interpretation, if Bobo’s actions, a clear violation of the game’s laws, weren’t worthy of punishment, I don’t know what is.

Every pig has her Saint Martin

In reference to Spain’s traditional pig slaughter, this cultural expression essentially sends a direct message to the FFA: you reap what you sow.

The Central Coast Mariners’ hopes of overturning Western Sydney Wanderers' 2-0 lead were dashed, not once, but twice on Saturday night after the VAR upgraded both Wout Brama and Jake McGing’s initial yellow cards to reds in the space of 15 minutes.

"If you turned up here tonight and you leave no longer in love with football, I can understand, because I think that’s what everyone will be talking about," Mariners coach Paul Okon said.


Okon’s emotional post-match comments echoed the sentiments that fans have been feeling since the FFA introduced this inconsistent technology last season.

The fact that Brama’s dismissal even had Wanderers defender Michael Thwaite questioning the referee’s poor judgement proves that even the players have had enough – regardless of whether their team benefits from it or not.

With Okon deeming the VAR a failed "experiment", blaming such for the game’s dwindling crowds and FIFA in the midst of negotiating their takeover, perhaps this is the season in which the FFA’s failure to improve football in this country finally proves the last nail in their coffin.

Besart Berisha was left seething after the VAR waved away his 90th-minute strike during Melbourne Victory’s 2-1 win over Brisbane Roar on Sunday night.

The Kosovo international capitalised on Daniel Bowles’ header and slotted the ball past Jamie Young in one fell swoop, but soon had his celebrations cut short after replays confirmed the ball had touched his hand in the build-up.


Berisha’s bane however only highlighted the inconsistency to which the match was officiated with.

After Rhys Williams and Kosta Barbarouses put the visitors 2-0 up, the Roar replied through Massimo Maccarone, and while the Italian was clearly offside, the officials allowed the goal to stand.

Berisha may lose his temper more often than most, but after the unpredictable performance the VAR dished up in Brisbane - you can’t blame him this time.

Perth Glory’s 1-0 win over Wellington Phoenix proved to be the only match that did not require VAR intervention this past weekend.

Diego Castro’s strike on the hour-mark - the Spaniard’s first goal of the season - was all the Glory needed to return back to the top six and end their run of two straight defeats.

If the result wasn’t good enough, 16-year-old sensation Jacob Italiano is set to fly to Germany this week to meet and sign a contract with an unnamed Bundesliga club.

The young midfielder has been one of Perth’s standout performers this season and will join a growing list of Australians currently plying their trade abroad.

Italiano will now miss Thursday’s clash against Brisbane as he attempts to reach an agreement on a contract that will keep him in Perth until 2019, when he turns 18 and is eligible to play for his new club.