Five things we learned from A-League Round 23

Dummy spits, a resumed title race and one welcomed return rounded off an intriguing weekend of A-League action. 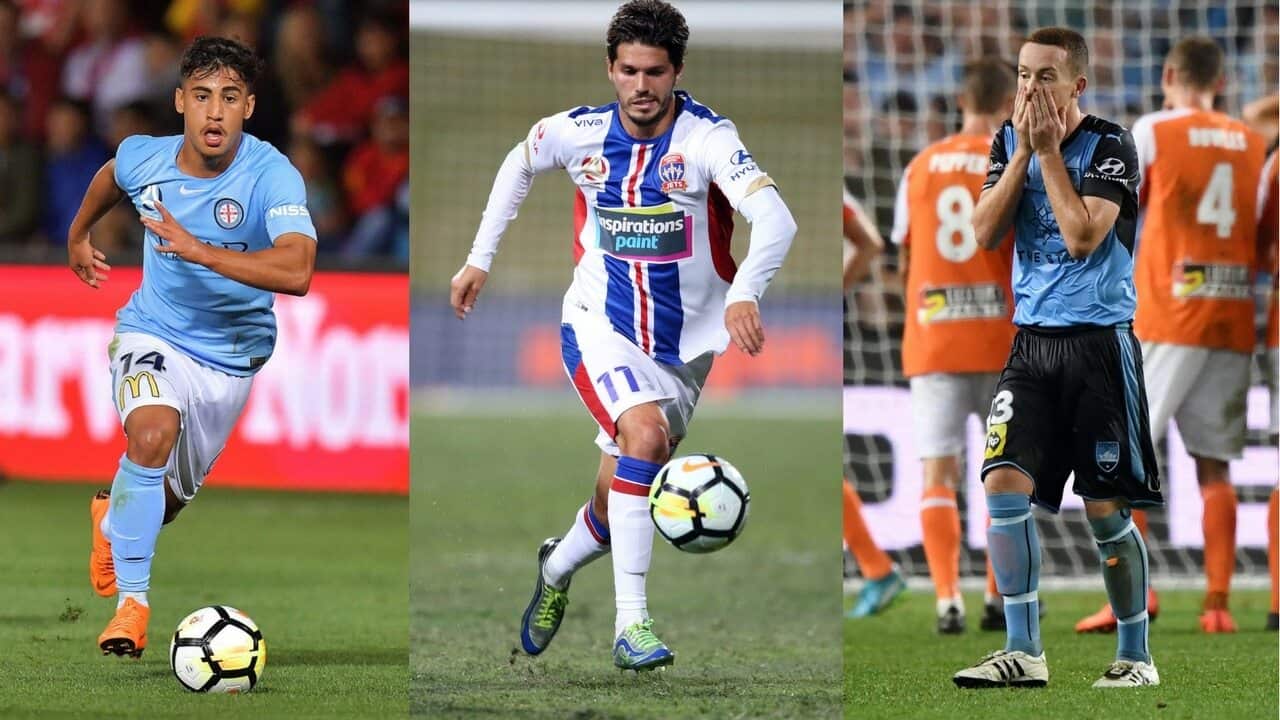 David Carney stole the spotlight for all the wrong reasons on Saturday night after the Sydney FC utility was substituted at half-time against Brisbane Roar.

Fox Sports reported that the veteran had stormed out of the change rooms fully dressed during the break and had reached his car in an attempt to drive home.

“David Carney got replaced at half-time,” Arnold told Fox Sports of the incident. “He wasn’t happy, he took his bag to the car and came back inside.”

Berisha was taken off after a rather uneventful showing and was seen gesticulating with several verbal remarks in the direction of coach Kevin Muscat.

And while Muscat has since played down the incident, insisting the pair’s relationship “remains intact”; such publicised outbursts from the aforementioned pair are a poor example to set for younger players and teammates.

Look over your shoulder

Graham Arnold’s decision to take over the Socceroos job following the upcoming FIFA World Cup has coincided with an unusual dip in form from Sydney FC.

Arnold’s decision to depart the defending A-League champions has welcomed one draw and three defeats across all competitions this month, a string of results the 54-year-old’s tenure at the club has only ever come across twice.

With Sydney’s stuttering continental campaign nearing its conclusion, their waltz to the Premiers’ Plate has suddenly become a race again with the gap between second-placed Newcastle Jets reduced to just five points with four games remaining.

The club’s uncharacteristic performance against the Roar, down 2-0 after 20 minutes courtesy of goals to Matt McKay and Jacob Pepper, means Sydney cannot afford to slip up ahead of two away trips to Central Coast and Perth respectively.

“It’s all about focus and concentration,” Arnold said. “It’s a challenge at the moment, a great challenge that everyone needs to embrace, that is with the two competitions.”

However, contrary to league standings, Sydney’s next challenge won’t get any easier, with Paul Okon’s Mariners boasting four points from the teams’ two earlier meetings this season.

Keep your feet on the ground

Daniel Arzani’s talent is unquestionable – with pure pace and skill on the ball almost unrivalled since he first burst onto the scene earlier this season.

The Melbourne City wonderkid was again effervescent with energy in Friday’s 1-1 draw with Adelaide United, as City smelled blood in the water every time he touched the ball.

And though some sections of the public have bemoaned his apparent tendency to go to ground under minimal contact, the 19-year-old could be forgiven after Jordan Elsey’s sliding challenge midway through the first half left tempers flaring.

“He (Arzani) goes to ground a lot because he gets knocked over, he doesn’t intentionally go to ground,” City coach Warren Joyce said after the game.

Despite the questionable antics, Arzani’s overall exploits this season left many hopeful of a Socceroos call-up ahead of next week’s friendlies against Norway and Colombia respectively.

Nevertheless, with the starlet’s potential reaching new heights with every passing performance, it’s no wonder his teammates are keeping him under wraps.

“He’s a great kid, a fantastic talent and I’ve been saying it since I’ve been at City …  I don’t think he’s going to be here long,” Luke Brattan told Fox Sports.

“But he’s got to keep his feet on the ground and listen to people.”

And while this advice regarding Arzani’s potential rings true, perhaps there exists a practical truth to it.

Ronald Vargas completed the improbable this past weekend, taking the pitch just 20 rounds on after a horror leg-break appeared to have ruined his entire season.

The Venezuela international came on for Joseph Champness few minutes past the hour mark and played the rest of the match as the Newcastle Jets held on for a 1-0 win over Wellington Phoenix.

Vargas, who left quite the impression during his first three A-League matches, returned to the squad just in time after Andrew Nabbout’s departure left a gaping gap in Ernie Merrick’s attack-minded philosophy.

And the Jets coach has since hailed the speedy return of his marquee, with Vargas set to feature more prominently in the coming weeks as finals football approaches.

Eyes on the prize

Despite their comfortable 5-2 win over Central Coast Mariners on Sunday, third place is about as high as Melbourne Victory will get this season.

With Newcastle’s win over Wellington rendering a top-two finish almost mathematically out of reach, Victory’s attention will instead turn to solidifying a top-three berth and subsequent assault on their finals rivals.

A hat-trick to Besart Berisha along with goals from Leroy George and Christian Theoharous completed the rout, before former Victory flyer Connor Pain’s late double softened the blow.

“We’re building,” coach Kevin Muscat said after the game. “Building some momentum, how we want to play, what we want to look like.”

After a rather inconsistent season, Muscat’s men have tasted just one defeat from their past six matches in all competitions and are hitting form at the right time.

And with Victory’s regular season objective set on finishing strong, they are once again legitimate contenders for Grand Final success.