Five things we learned from A-League round 24

Beware the Western Sydney Wanderers. They are finding their mojo and building towards a strong push at the business end of the season. 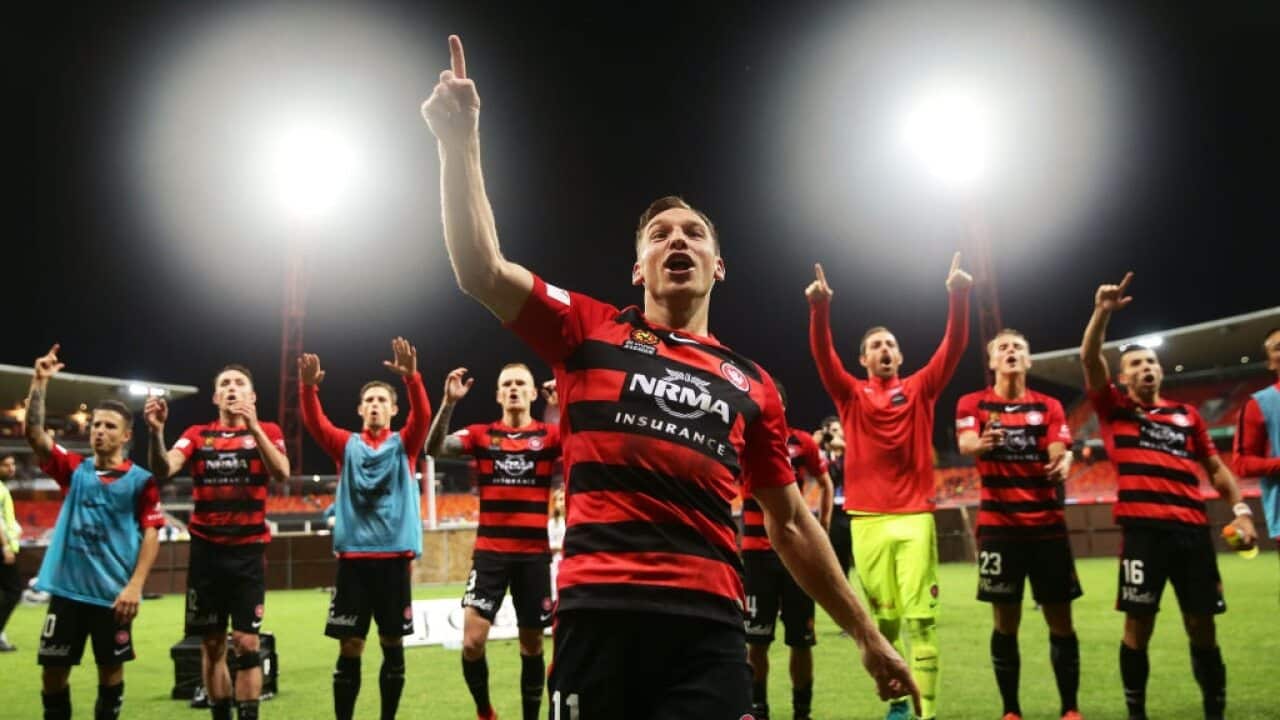 1. Western Sydney Wanderers will be making a few teams nervous

Their 3-1 win against Melbourne City means the Wanderers have picked up seven points from the last three rounds. The only team to have done better during that time are runaway leaders Sydney FC, with nine.

Advertisement
The finals format is stacked against the teams that finish outside of the top two in the regular season, but if the Wanderers maintain their current form no team are going to want to play them.

Western Sydney are likely to finish fifth or sixth, but they still have an outside shot at a top-four finish and a home game in the first week of the finals if they can finish strongly and either City or Brisbane Roar have a dreadful last three rounds.

The Wanderers are yet to win a grand final in their short history, but they have made three in four years so they certainly know how to get there.

2. Newcastle have taken the cake for worst performance by any team this season

And it's going to take an extraordinarily bad performance by some other side in the last three rounds for the Jets to be able to hand it off.

Wellington Phoenix had seven players out on international duty, but they still managed to wallop Newcastle 5-0.

The Phoenix have put in a couple of stinkers themselves this season - losses to Melbourne Victory (6-1) and Melbourne City (5-1) - but the circumstances surrounding this game put the display by the Jets in a class of its own.

No wonder they are throwing cash at Central Coast Mariners striker Roy O'Donovan in a bid to sign him for next season. They have gone as cold as ice up front and have managed just two goals in their last six games.

The Glory may be fifth on the table, but that is thanks to their goal-scoring ability. Their defensive record is the worst in the competition. They have conceded 47 goals in 24 games at an average of virtually two per game.

Newcastle Jets and Central Coast Mariners, which have both collapsed into the wooden spoon zone, have conceded 46 goals each. League leaders Sydney FC have conceded just 11.

Perth's 3-0 loss to Sydney FC means they have conceded 10 goals in their last three games, at an average of 3.33 per game.

They are making way too many elementary mistakes at the back, most of which they should be good enough to avoid at this level of football. It's a shambles.

4. Baba Diawara is the player Adelaide United hoped Sergi Guardiola would be

It's too bad for the Reds they didn't have Diawara from the start of the season, instead of picking him up only recently.

Spanish striker Guardiola scored three goals in 16 games for Adelaide before splitting with the club. Senegalese striker Diawara has scored three in four A-League games and one in three Asian Champions League appearances.

His double in the 3-2 win over Central Coast Mariners got Adelaide off the bottom of the table for the first time since round 16.

Diawara is a real goal-poacher. If the ball comes his way inside the penalty box he has a sense for where the goal is and doesn't hesitate to pull the trigger.

5. Sydney FC deserve to be congratulated for maintaining high standards

The Sky Blues may have only mathematically clinched the Premier's Plate in the round just gone, but it has been clear for some time that they have had that trophy in the bag.

So they have done well to keep up the intensity and continue winning, when a slight blip in the run down to the finals would be understandable.

Coach Graham Arnold drives a hard bargain and the players have bought in to what he wants to do. They were way too good for Perth Glory in a 3-0 win.

The nature of finals football is that one bad day can spell disaster for a team, but the last thing that looks likely at this stage is that Sydney will beat themselves.