Five things we learned from A-League round 26

We're only one round out from the finals and still defenders haven't shown Tim Cahill who's boss. They've got to start putting more heat on him when his Melbourne City side are taking corners. 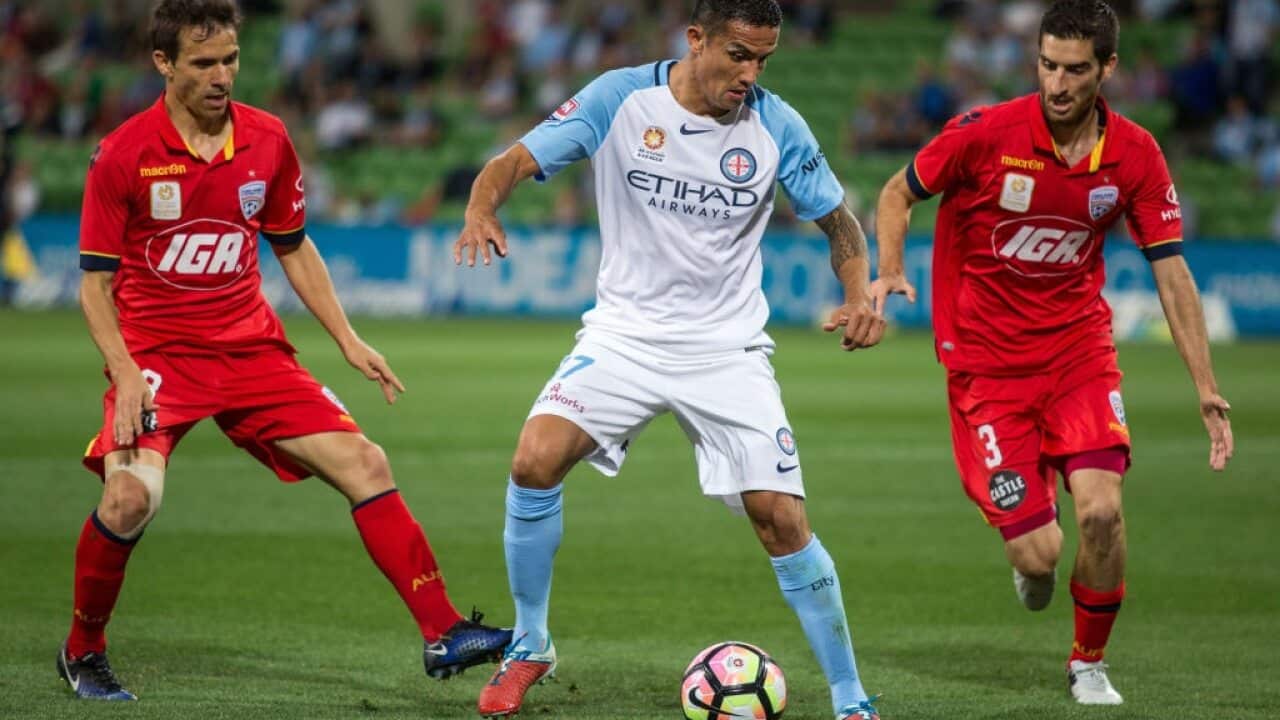 The biggest threat 37-year-old Cahill poses is his ability to head the ball in for goals from corners. Everybody knows that. So why aren't defenders harder on him?

You've got to be careful not to do something that will result in a penalty being awarded, of course, but Cahill regularly dictates how these scenarios are played out and he did so again by scoring the only goal in Melbourne City's win over Adelaide United.

Advertisement
The opposition know he's going to try and hold a position and then make a late run to meet the ball, so why isn't there more jostling to start with and more defenders filling that path he likes to take?

Cahill is great at what he does, but it also seems like defenders pay him too much respect. They let him control the situation when they should be making life a lot more difficult for him.

2. Newcastle have finally hit rock bottom and will stay there

The Jets dropped to last place on the table with their 2-0 loss to Central Coast Mariners and are doomed to finish with the wooden spoon because their last-round game is on the road against Sydney FC.

The Sky Blues won't be losing to the hapless Jets unless they just don't care. There should be no chance of that because coach Graham Arnold will be driving a hard bargain going into the finals.

Sydney will have the first week of the finals off, so Arnold will be looking for a top-class performance to provide the appropriate springboard into week two.

Newcastle have lost five games in a row and conceded 17 goals during that time. If the Sky Blues get hot it could be a real horror ending to the season for the Jets.

3. Besart Berisha needs to get that 100th goal out of the way

The competition's premier marksman doesn't need to be still trying to complete the century going into the finals.

He has only gone two games without a goal, but these things can start to weigh on you if you don't get them out of the way.

Like a batsman in the nervous 90s, you can start trying too hard or making bad decisions in an attempt to get it done sooner rather than later.

Berisha's Melbourne Victory side are at home to Central Coast Mariners on Friday. He scored twice against them last time they faced off. This is a great chance for him to complete the task and then concentrate on the finals.

4. This is a front-runners' competition

Not like last year, when Adelaide United made their stunning run from 10th on the table after eight rounds all the way to the Premier's Plate and championship double.

Third-placed Melbourne City and fourth-placed Brisbane Roar have been in the top four for the vast majority of the season.

Perth Glory and Western Sydney Wanderers have each picked up significantly more points in the second 13 rounds than the first 13, but are still only fifth and sixth respectively.

5. Bobo has crept up on Janko

Marc Janko scored 16 goals for Sydney FC in the 2014-15 season. Bobo's penalty for the Sky Blues in their 1-1  draw against Wellington Phoenix took him to 15 for this season.

Janko received rave reviews when he was playing in the A-League. Fellow striker Bobo's efforts have been well received, without anyone going over the top.

But maybe that will change if Bobo can score crucial goals in the finals.

Janko didn't score in the finals in what was his only season with the Sky Blues. Alex Brosque (two), Bernie Ibini and Chris Naumoff got the goals in a 4-1 semi-final win over Adelaide United and Melbourne Victory beat Sydney 3-0 in the grand final.