Five things we learned from A-League Round 27

Final day drama, derby deja vu and some food for thought capped off what was an entertaining final round of the 2017-18 A-League regular season. 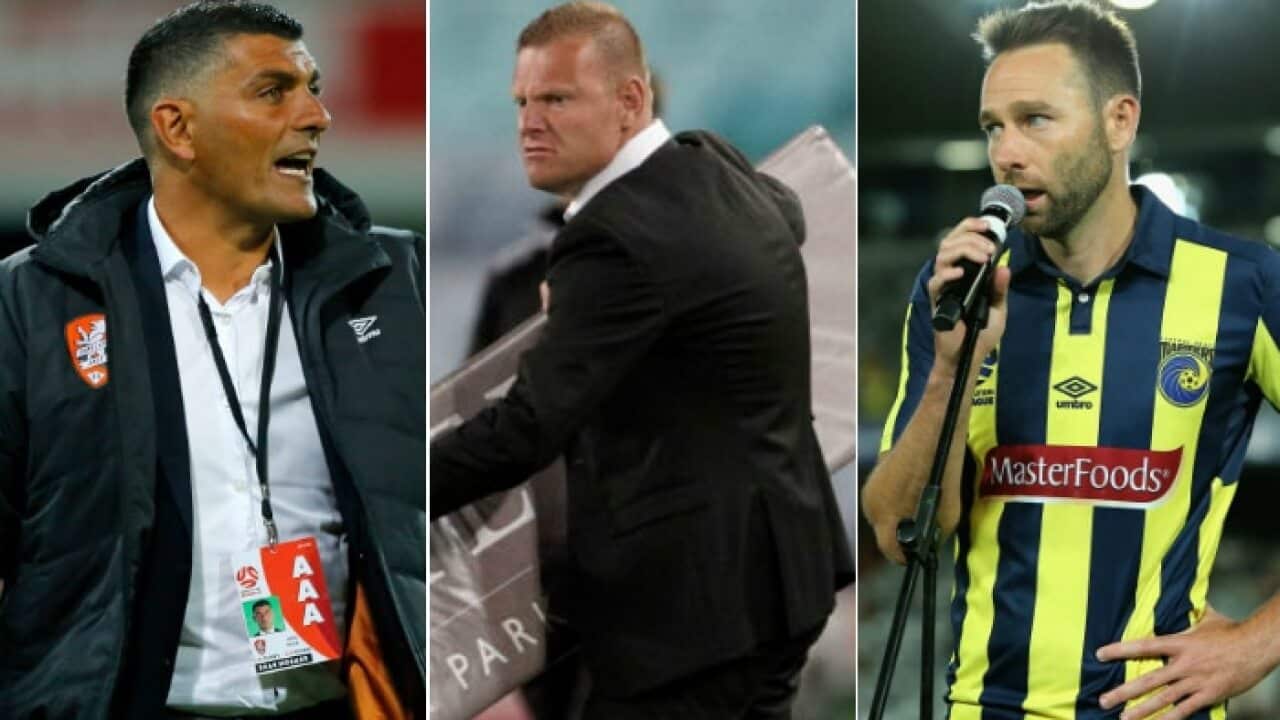 With Western Sydney Wanderers fourth and unbeaten through four games under caretaker coach Hayden Foxe, Josep Gombau arrived at the start of November with one simple expectation from the board: qualify for the finals.

But after a season filled with repeated requests for patience, it seems Gombau's time has finally run out.

Advertisement
Sunday's 3-2 defeat to Adelaide United condemned the Wanderers to seventh place and brought to an end what has been a rather turbulent campaign both on and off the pitch.

With scores level at 2-2 after an eventful first half, a straight red card to Keanu Baccus on the hour-mark left the Wanderers facing an uphill battle that ultimately proved too steep to climb.


Nothing less than a win would do and, after snatching just seven of them from 23 games in charge with the club's most expensive squad to date, Gombau's position has come under serious threat.

Poor man-management and frequent tactical errors have been key contributors to the Spaniard's downfall this season, with sections of the club's supporters already leading calls for the return of Tony Popovic, who recently ruled out a move to Sydney FC.

And while Gombau's contract with the club encompasses the next two seasons, the aforementioned failures suggest he could walk regardless.

Central Coast Mariners ended the regular season the same way they started it: on the receiving end of an F3 Derby demolition.

With incumbent coach Mike Mulvey watching on from the stands, the Mariners copped an embarrassing 8-2 defeat to Newcastle Jets to leave them cellar-dwellers for the second time in three seasons.

Upon his midweek announcement as new Mariners boss, Mulvey declared his aim to "restore the culture of ambition" to a club "with a rich history and genuine tradition".

But after what transpired before his very eyes on Saturday night, it's no secret he's got quite the task ahead of him.

The Mariners produced a joke of a performance in front of their fans on a night every player's future was on the line.

Less than half the current squad are contracted for next season, leaving the former Brisbane coach with approximately $2.6 million to build one of his own.

And after what the 55-year-old witnessed from the current crop, he may even hold the exit door open for them.

For what it's worth

Wellington Phoenix saved their best for the last game of the season on Saturday night, defeating third-placed Melbourne City 2-1 at the North Harbour Stadium.

A double to teenage sensation Sarpreet Singh secured the come-from-behind-win and, coupled with the Mariners' loss, saw the Nix move off the bottom of the ladder.

Their prize? Absolutely nothing. No joy, no jubilant scenes, no final day drama.

We knew the Mariners and Phoenix would make up the league's latter end for quite some time now, but imagine how much more exciting it could have been had relegation been at stake.

Had the A-League's last place been a direct drop to a second tier, the events that unfolded in both the Central Coast and Albany would have made for compelling viewing – especially if they were being played at the same time.

While there are obvious restrictions governing the FFA's stance on a second division, Saturday's proceedings would have presented a real opportunity to replicate the excitement that's currently taking place in Europe.

Instead, we sit here with virtually five of the six finals participants locked in weeks before the end of the season and the same familiar faces left with nothing to play for.

They don't know any other way

After sitting second from bottom midway through January, with just three wins and coach John Aloisi under immense pressure, Brisbane Roar miraculously made finals football a reality at the death of the A-League regular season.

The Roar needed all three points away to Perth Glory and a Wanderers slip-up on Sunday to book their play-off berth, and – following a dramatic turn of events at ANZ Stadium – they got just that.

Brisbane's late-season surge featured seven wins from their remaining 11 league matches, and is the latest comeback in the club's long list of fairytale endings, dating back to their improbable victory over the Mariners in the 2010-11 grand final.

"I'm very proud of the boys," Aloisi said of his side's achievement.

"A lot of other teams would have folded with things going against them like they have for us, but this group doesn't know how to.

The three-time champions will now face Melbourne City on Friday hoping to extend their rather unexpected finals campaign for another week.

With the Premiers' Plate long-secured and a must-win AFC Champions League clash around the corner, you would forgive Sydney FC for taking their foot off the gas in their final regular season fixture.

Just ask Bobo, whose record 27th league goal secured a 1-0 win in front of more than 15,000 fans who came to witness their historic Sky Blues lift the league title for a second successive season.

After an unusual dip in form through the first half of March, the defending champions have since strung five consecutive wins across all competitions – a run the future Socceroos boss expects to add to.

So much so that - despite their sky-high confidence - Arnold has postponed all prolonged pleasantries until season's end.

"There's plenty of time for them to celebrate after and we've got time to do that. So they don't do it now."

Sydney will next face Shanghai Shenhua needing a win and favour from Kashima to secure passage into the ACL knockout phase.