Five things we learned from A-League Round 5

A World Cup dream in doubt, title contenders in form and continued VAR trouble highlighted what was yet another intriguing round of A-League football this past weekend. 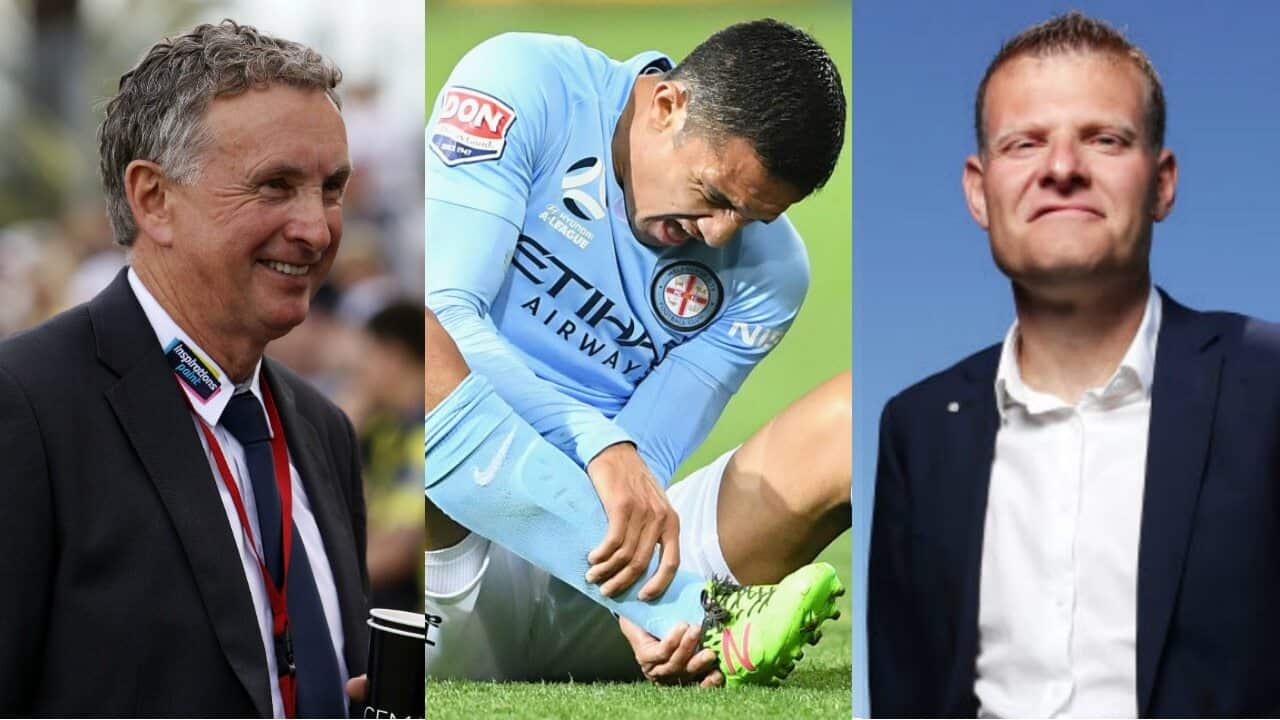 Friday night’s match of the round between then-league leaders Melbourne City and defending champions Sydney FC took an unexpected turn when Tim Cahill fell awkwardly on his ankle early in the first half.

Advertisement
In what was his first start of the season, Cahill’s night lasted barely 17 minutes, with the injury now posing significant questions regarding the 37-year-old’s availability for the first leg of Australia’s World Cup qualifying playoff in Honduras on Saturday.

Love him or loathe him, Cahill’s inclusion gives Australia the best chance of progressing to a fourth straight World Cup, particularly after his two-goal effort against Syria brought them back from the brink of elimination last month.

Socceroos coach Ange Postecoglou will be sweating on the veteran’s status throughout the week, but will take comfort knowing his talisman will still make the trip.

Speaking after his side’s 1-0 loss to Sydney, City coach Warren Joyce admitted he spared no thought for Postecoglou in his decision to start Cahill.

“The national team coach has got no bearing on (tonight), Timmy was desperate to play,” Joyce said.

“He’s been training hard, it’s a big game, we are trying to win a big game and that’s it.”

The Socceroos will need all the experience they can get as they prepare to play in front of a hostile Honduran crowd desperate to see their side book a third successive World Cup appearance.

With that in mind, fingers crossed Cahill can play.

We’ve been here before

“Again, it’s down to opinion isn’t it? You will never get flawless decision-making. Ever.”

Commentator Simon Hill aired his frustrations freely on Sunday after both the referee and VAR neglected to make the correct decisions during Brisbane Roar’s 0-0 draw at home to the Central Coast Mariners.

Moments after the Mariners were denied a penalty for an Avraam Papadopoulos bear hug on Jake McGing inside the box, the VAR added yet another gaffe to the collection after finding no infringement in Massimo Maccarone’s push and intentional forearm across the face of Mariners forward Asdrubal.

The no-call only added more frustration to what was already a dour affair between two sides without creativity or composure; a clear reflection of where they stand in relation to the rest of the competition.

But despite the uninspired football on the pitch, fans were treated to the return of striker Corey Gameiro, who had not played a competitive minute of football since 2015 after three knee constructions kept him on the sidelines.

Nevertheless, with the Mariners earning just their second clean sheet in 35 away games, perhaps they’ll take the result home as a positive.

The Jets are for real. Their support is not

It’s easy to get carried away with early season form, but a closer look at what head coach Ernie Merrick has done with a squad that finished bottom of the league last season is enough reason for optimism.

The two-time Premiership and Championship-winning coach has combined pace and potency up front with a solid, regimented defence that remain unbeaten and in third place through five games this season.

But yet, after encouraging signs of support from the Hunter region against Perth and Western Sydney respectively, nobody bothered to turn up for their first prime time Saturday night fixture of the season against the Wellington Phoenix.

Cue the excuses. Regardless of whatever festivals were on, or the weekend’s constant downpour, 6,258 through the gates – the second lowest figure of the current campaign – for a team in the midst of their best ever start to an A-League season is beyond disappointing.

The 3-0 win was clinical and the performance proved a clear indication that the Jets are legitimate title contenders. But with their next home match not until November 23rd, time will tell if their fans have gotten the message.

Over to you Gombau

Hayden Foxe’s short tenure as caretaker coach of the Western Sydney Wanderers will be remembered largely for uprooting a tradition Tony Popovic worked ever so hard to build.

Monday night’s 1-1 draw against Melbourne Victory was the club’s fourth of the season, and third successive result after taking the lead.

The Wanderers have become all too familiar with defensive frailty, something almost inconceivable before their foundation coach departed for Turkey.

After Lawrence Thomas saved an Oriol Riera penalty just before the break, Thomas Deng’s unmarked header from a Leroy George free-kick drew a 10-man Victory side level, and almost spurred them on to all three points.

With Josep Gombau watching on from the stands, it’s not hard to pick out what areas he’ll address between now and next weekend’s match against Melbourne City.

No better strike partnership in the league

Can you name a better duo than Perth Glory’s Adam Taggart and Andy Keogh?

Despite Paul Izzo’s best efforts, Keogh’s 80th minute header was enough to earn Glory all three points against Adelaide United and successive home wins to start the season for the first time since 2014.

Kenny Lowe’s decision to play both Taggart and Keogh alongside one another, albeit in varying formations, has paid instant dividends, with the two already responsible for five of the team’s six goals this campaign.

Last season, with Diego Castro drifting throughout the final third, the two number nines had 12 league goals each; as Perth went on to finish fifth and fall one game shy of the grand final.

With an unselfish nature and improving chemistry proving crucial in sustaining the pair’s purple-patch in front of goal, it’s no wonder defenders have struggled to contain the two thus far.