Five things we learnt from A-League Round 7

Professional refs making amateur decisions, Cahill out of position and out of sorts and Brisbane's maroon jersey all provided lessons from Round 7 of the A-League. 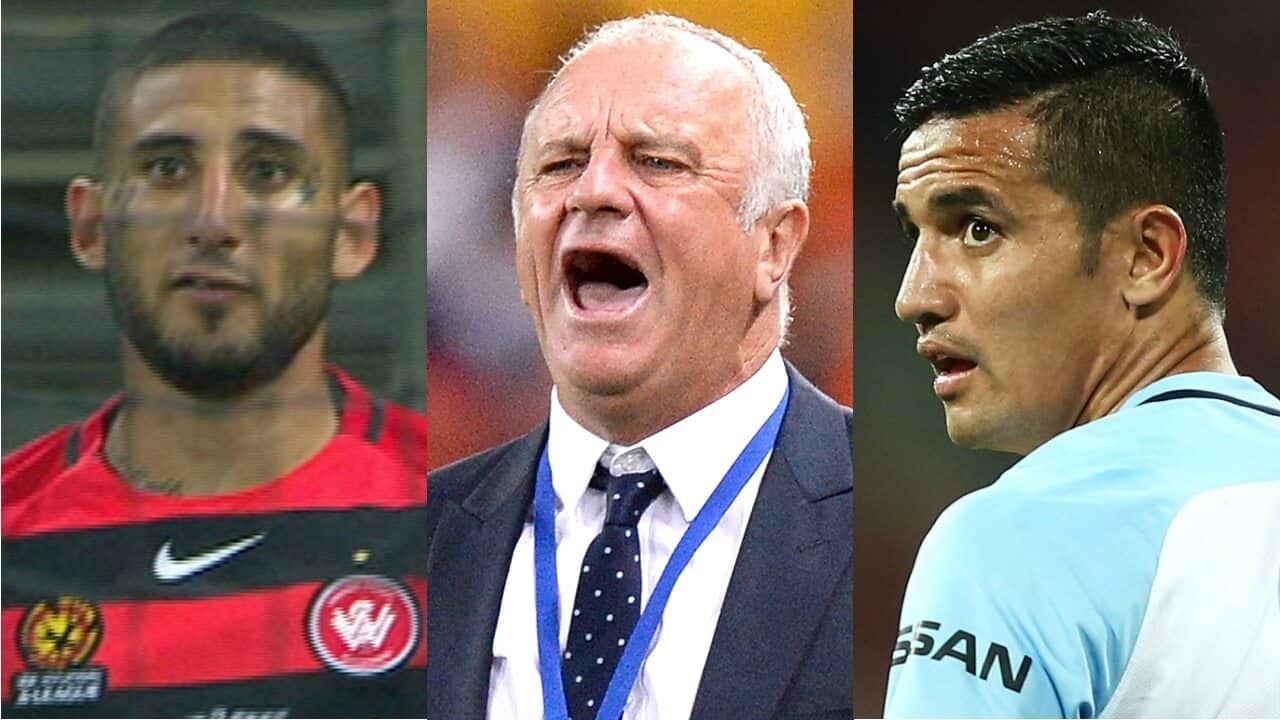 In September 2015 Football Federation Australia
announced they would be appointing
three full-time referees for the first time.

There is no doubt being a referee is a tough gig, in 2016 it is almost inexplicably antiquated given the modern technology available.

Advertisement
However in the 14 months since this decision was taken it seems there has been little improvement causing relationships and respect between officials and coaches to be at an all-time low.

Just this weekend Mariners’ coach Paul Okon claimed he was told to “shut up” by the fourth official during the F3 derby.

Adelaide’s Guillermo Amor
was sent to the stands on Friday
against Perth, while Wellington’s Ernie Merrick called for the
immediate introduction of video referees
on Wednesday after claiming these errors had become “a major problem”.

Western Sydney’s Tony Popovic
and Melbourne Victory’s Kevin Muscat have both been cited this season by the FFA for post-match comments about the referees, while Perth’s Kenny Lowe was suspended for two matches after abusing the officials against Melbourne City.

“If you look at every A-League game this weekend, the referees made the decisions that have impacted all four games,” Okon said.

These mistakes affect results, which in turn leads to people losing their jobs so the FFA needs to do better.

A combination of giving officials the available technology to help them make the correct decisions as well as clearly and publicly defining the rules to ensure consistency and understanding among players, coaches and fans is what is needed.

On the plus side it was an error that gave us one of the all-time great non-goal celebrations.

Tim Cahill played in a deeper central midfield role against the Wanderers and even though he scored City’s only goal the position did not suit him or the team.

“It’s tough, I can’t move and plus with the way my Achilles is now it’s tough.”

His best moment of the match was of course the goal, in which he was further forward and doing what he does best, getting on the end of crosses.

Surely a 4-4-2 can accommodate both he and the best striker in the A-League Bruno Fornaroli, as well as allowing Fernando Brandan and Bruce Kamau to flourish on the wings.

3. Sydney's pressing is their best creator

Sydney FC managed 18 shots against Brisbane Roar despite having only 47% possession.

Arnold’s men are playing to their strengths – leading the league in goals scored as well as shots and they’ve managed to face the least shots at the same time.

Brisbane couldn’t deal with the press in the first half, and this lead to a brilliant goal from Josh Brilliante as well as great chances for Bobo and Alex Brosque, who could have put the game out of reach before half-time.


4. Amor is showing his frustration and a turn-around looks unlikely

Guillermo Amor is known as one of the most relaxed coaches in the league, but even his emotions are starting to spill-over as a repeat of last-seasons incredible turn-around looks increasingly unlikely.

Amor was cited by the FFA after being sent to the stands for touching the fourth official during Perth’s 3-1 win over Adelaide.

Injuries to key players - after last year’s championship-winning squad was already depleted with players leaving for bigger contracts - has left Amor with little to work with.

The Reds should no doubt stick with Amor, who delivered them their first A-League title in his first season, but it looks like it’s going to be a long season with player recruitment a key issue going forward.

5. Brisbane's maroon shirt was a stunt... a great stunt

Graham Arnold might not be a fan
of Brisbane Roar’s maroon jersey but it seems the jersey (as well as potentially other factors) contributed to a rise in both the crowd (up from 14,897 last season to 17,322) and television ratings (up from 55,000 to 117,000 this season).

As the league evolves these rivalries between clubs will grow, and while these things at times seem tacky it’s right of clubs to experiment and for the Roar it paid off.