Five times VAR made a difference at the World Cup

The Video Assistant Referee (VAR) has made an impact at the 2018 World Cup - we take a look at five examples. 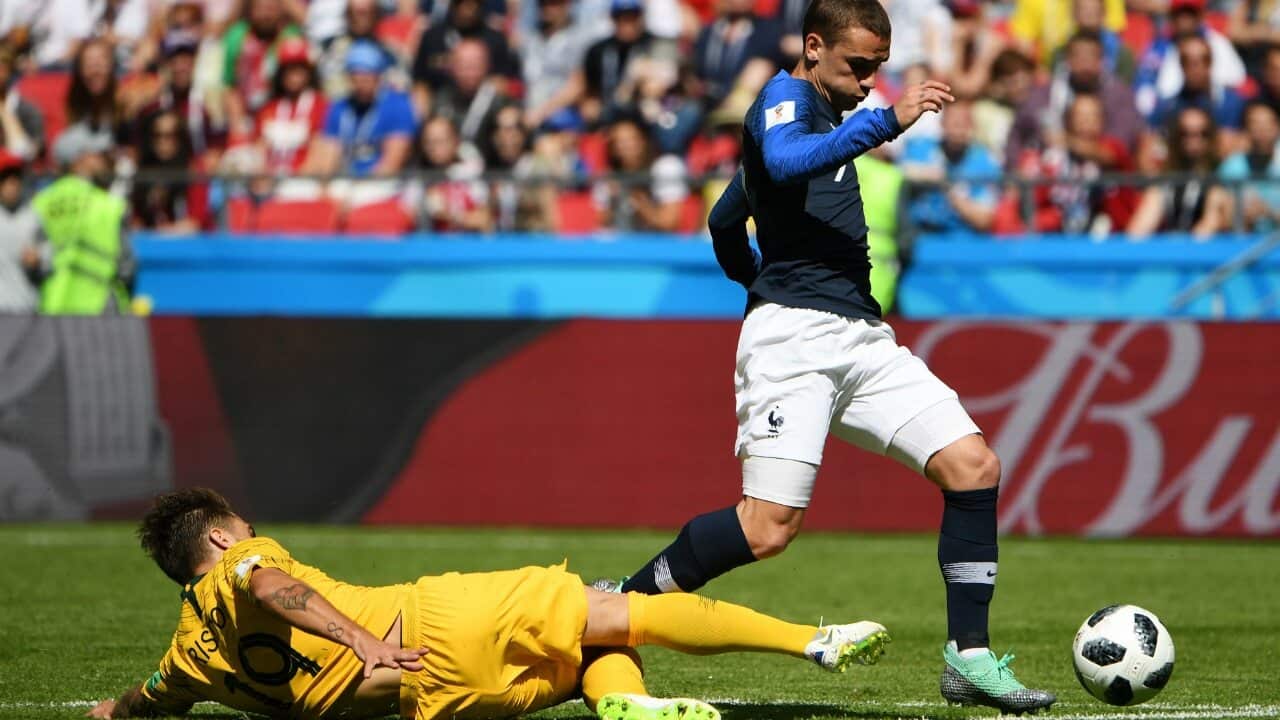 Advertisement
France's first game against the Socceroos was the first time VAR was used to award a penalty at the World Cup.

Antoine Griezmann was through on goal and inside the penalty area before he went down under contact from Josh Risdon.

Referee Andres Cunha allowed play to continue, but stopped the game after being alerted by the VAR.

The referee checked replays on a pitch-side monitor and controversially awarded a penalty from which Griezmann opened France's account.

The game was scoreless with 12 minutes remaining and Brazil were pushing for an equaliser when Neymar went to ground under a touch from Giancarlo Gonzalez, leading referee Bjorn Kuipers to award a penalty.


The VAR intervened, and the referee watched the replays and reversed his decision, marking the first time a VAR review had cancelled the award of a penalty at the World Cup.

Portugal captain Cristiano Ronaldo was fouled in the box and the referee awarded a record 19th penalty at the World Cup before the knockout rounds.

Ronaldo missed his spot kick, but the decision eclipsed the previous record tally of 18 penalties awarded at the 2002 World Cup, hosted by Japan and South Korea.

VAR was used on two more occasions of note in the same match - when Ronaldo was shown a yellow card for an elbow and to award Iran a penalty for handball in extra time that allowed the Asian team to level the score.

At nearly the same time as Iran was scoring their penalty to level with Portugal, Iago Aspas had scored a late goal to draw Spain level with Morocco, but his celebrations were cut short by the linesman's flag for offside.

Referee Ravshan Irmatov was alerted by the VAR to check the replays and overturned the linesman's decision and awarded the goal, sending Spain through to the knockout stages as group winners, ahead of Portugal.

Sweden were 1-0 up and under pressure from Switzerland late in the game when they broke through the Swiss cordon and launched a quick counter-attack.

Martin Olsson was bearing down on the Swiss goal when he was fouled by Michael Lang and the referee awarded a penalty and showed Lang a red card.

After consulting the VAR, the referee realised the foul had taken place outside the area and changed his decision, giving the Swedes a free kick instead.