Melbourne City captain Michael Jakobsen freely admits Melbourne City might not score so many goals this season – but that’s exactly why he thinks they have the potential to win their maiden A-League championship. 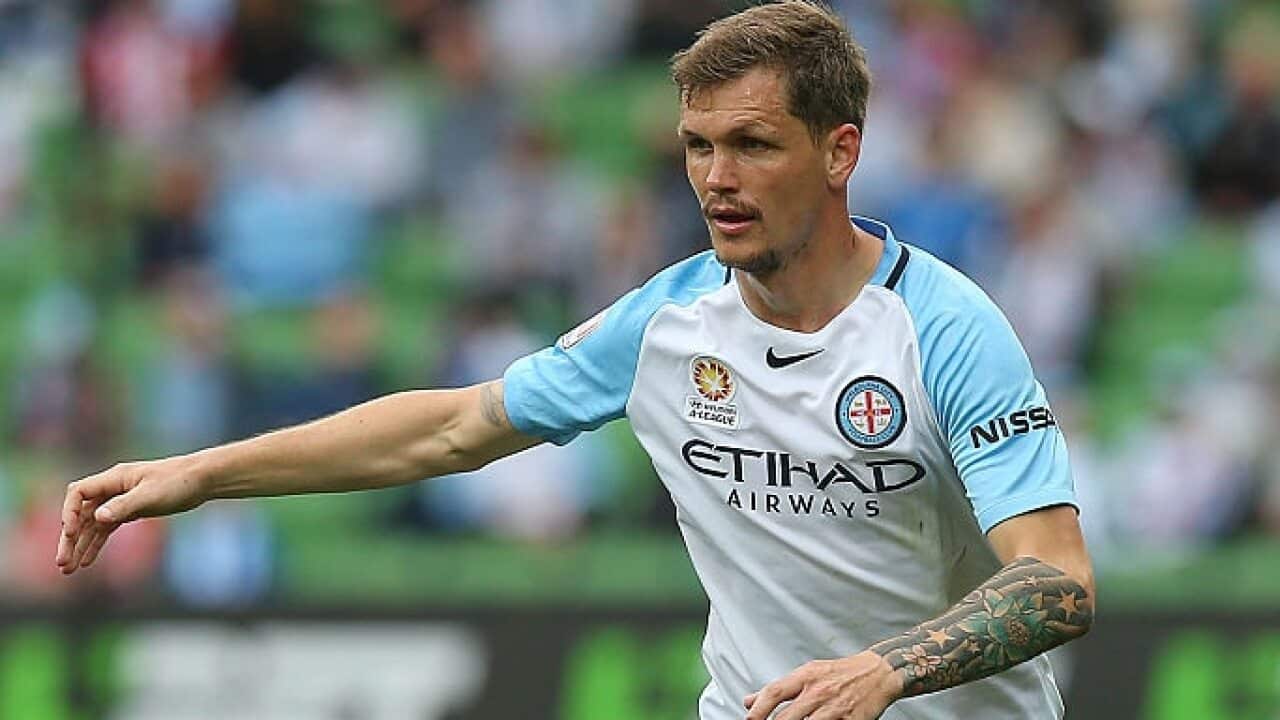 City have made the top six for each of the past three years, twice making the semi-finals, only to fail to make it to the grand final.

With the A-League’s biggest budget and the scouting power of the City Football Group behind them, many have tipped them to be the league’s next big powerhouse.

However, while the club has developed a reputation for scoring plenty of goals, they’ve become equally notorious for sloppy defending.

Advertisement
City scored just six goals fewer than the all-conquering Sydney FC last season, but conceded 32 more. The year before, City conceded the most goals of any top six team.

“It's very fun and enjoyable to score a lot of goals, but when you have to keep picking the ball out of your own net, you very quickly lose that feeling,” he told The World Game ahead of Friday night’s opening match against Brisbane Roar.

“As a defender, I absolutely hate seeing the ball going behind me and that was happening far too much last season. It’s what held us back from fighting for the title.

“If it’s one goal now and then, you can live with it, but if it's three at a time – like those games at Perth Glory last year – that’s not fun at all. There's something wrong. We need to fix that. I can promise our fans that it won't be like that this year.”

Jakobsen said new coach Warren Joyce had identified the problem since arriving at the club and had invested significant time in re-structuring the club’s tactical approach.

Personnel-wise, Scott Jamieson, Bart Schenkeveld, Iacopo La Rocca and goalkeeper Eugene Galekovic have all arrived to bolster the back line.

“Warren has put a lot more detail on the defensive work this pre-season and the team is aware of how it has to improve,” he said.

“Winning games is what we want to do but it's so much harder when you're not keeping clean sheets.

“Last year we had a very good start but then we slowed down a bit and didn't get the results that we wanted. Consistency is what we're striving for this year. It's about staying at the highest possible level for the whole season. Last season, we only had moments where we reached our peak and it wasn't enough.”

Having been part of Manchester United’s youth setup for more than a decade – a system built on discipline and attention to detail – it’s no surprise to hear how Joyce has been pushing his players.

“He likes the guys who can work their arses off,” Jakobsen said. “It’s all about hard work, pushing that bit more, and doing it again. That’s his way. He wants us to get the ball and push into the opponent’s back and pin them into their area of the pitch.

“But he’s also a really funny guy. There’s lots of humour, encouragement and banter. The players like it and I like the way he handles the different personalities.”

As usual, City haven’t held back in the transfer window, beefing up their squad in all areas, with the pick of the new signings clearly Scottish international Ross McCormack – a loan acquisition who was signed by Aston Villa for £12 million (A$20.3 million) barely a year ago.

“Ross is a very exciting player. You can tell straight away that he's top quality," Jakobsen said.

"I've only seen a little bit of him in a few sessions, but he is obviously somebody who is going to make a big difference. His career in England speaks for itself.

“We also have big hopes for Marcelo [Carrusca] given his ability and Stefan Mauk will brings something different to our style. When you add in Eugene Galekovic, and all those new defenders, we've really improved the squad.”