As news broke about Borussia Dortmund's team bus being rocked by explosions, the football community around the globe came together in solidarity. 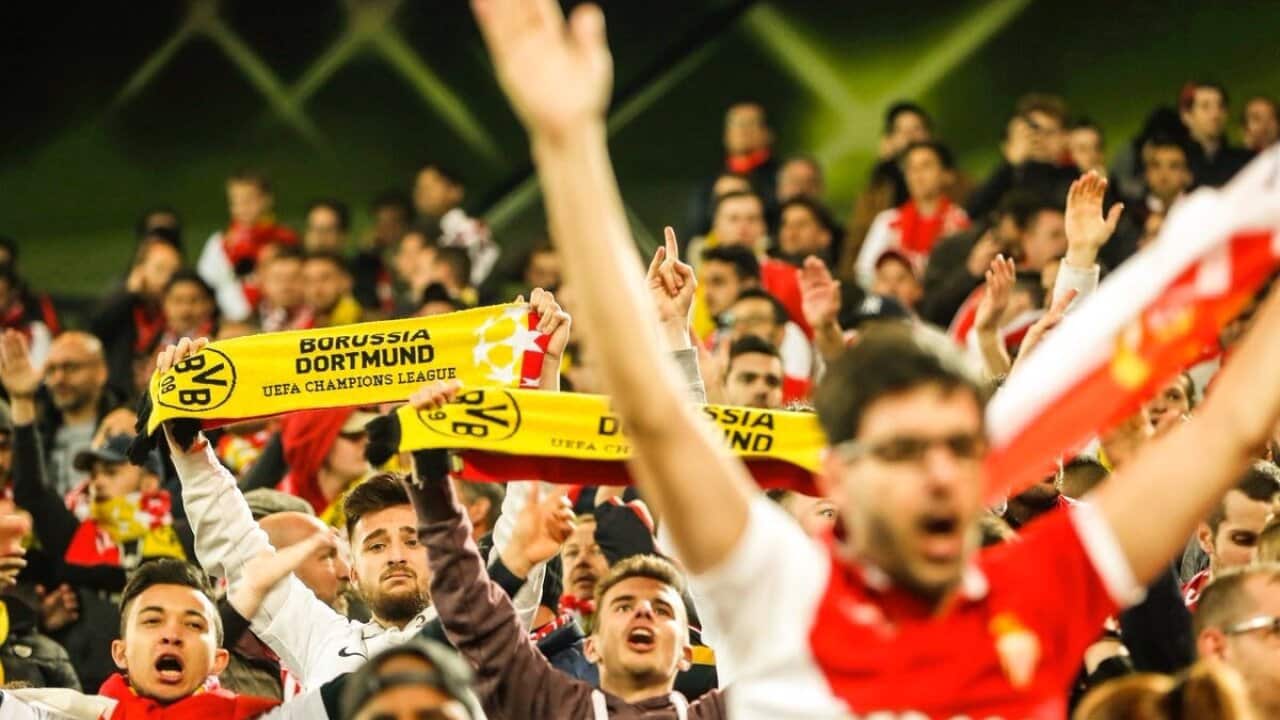 The crisis meant that the UEFA Champions League quarter-final had to be rescheduled to Thursday morning (AEST), while Dortmund defender Marc Bartra will require surgery after being injured by broken glass.

Despite the ordeal, away fans sitting inside the Westfalenstadion awaiting the match showed an inspirational display of solidarity as they cheered in support of their hosts and opposition.

Away from the stadium, Dortmund supporters extended visiting fans the chance to prolong their stay in the city to watch the postponed match, using the social media hashtag #BedForAwayFans to offer anyone beds for the evening who was in need of accommodation.

Other clubs from around the world also expressed solidarity.

Individual players with and without connections to Dortmund were also moved by what happened, sending their messages of support to the Bundesliga club.