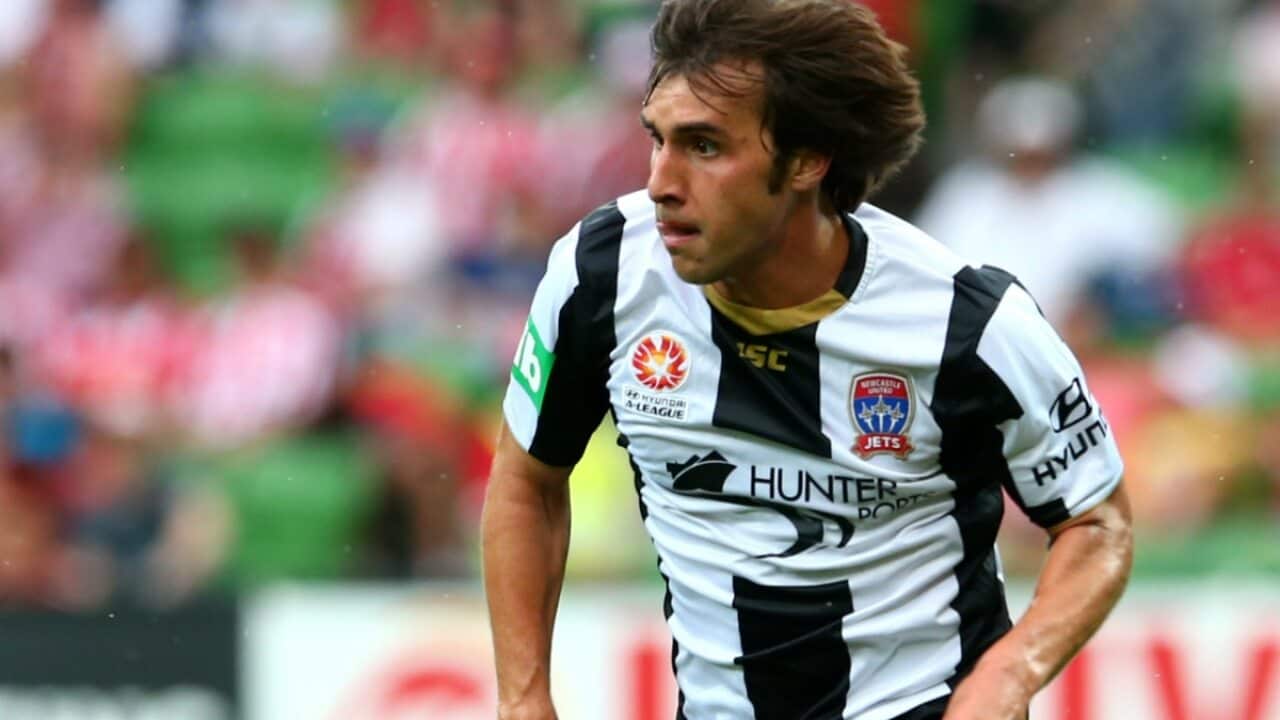 According to reports, the 26 year-old collapsed during a practice match yesterday before being rushed to hospital where he later died of a suspected heart attack.

Ribeiro’s ex-Newcastle team-mates were quick to pay their respects on social media.

Advertisement
"I’ve just heard some Devastating news regarding my good friend Bernardo Ribeiro. The world has lost an amazing individual on and off the field," The World Game panellist and ex-Newcastle Jets captain Michael Bridges said in a post on Instagram.

Jets goalkeeper Mark Birighitti joined in the chorus of fans and former players to send their condolences.

"I’m so deeply saddened that you’re no longer with us," he said.

“My prayers go out to your family and friends.”

The Brazilian joined Newcastle in 2012 and played eight matches for the Jets during season eight of the A-League, scoring one goal.

After one season in the A-League, Ribeiro joined IFK Mariehamn in the Finnish premier division in 2013 before moving back to his native Brazil in 2015.

Ribeiro married Newcastle local Katie Ayscough in February, who he met while playing for the Jets.

The news of Ribeiro's death comes only a day after 26 year-old Dinamo Bucharest midfielder Patrick Ekeng suffered a heart attack and died during a Romania Liga I match.