Former Premier League referee Howard Webb has labelled Manchester United midfielder Marouane Fellaini "a thug" after the Belgian was caught up in another elbowing storm. 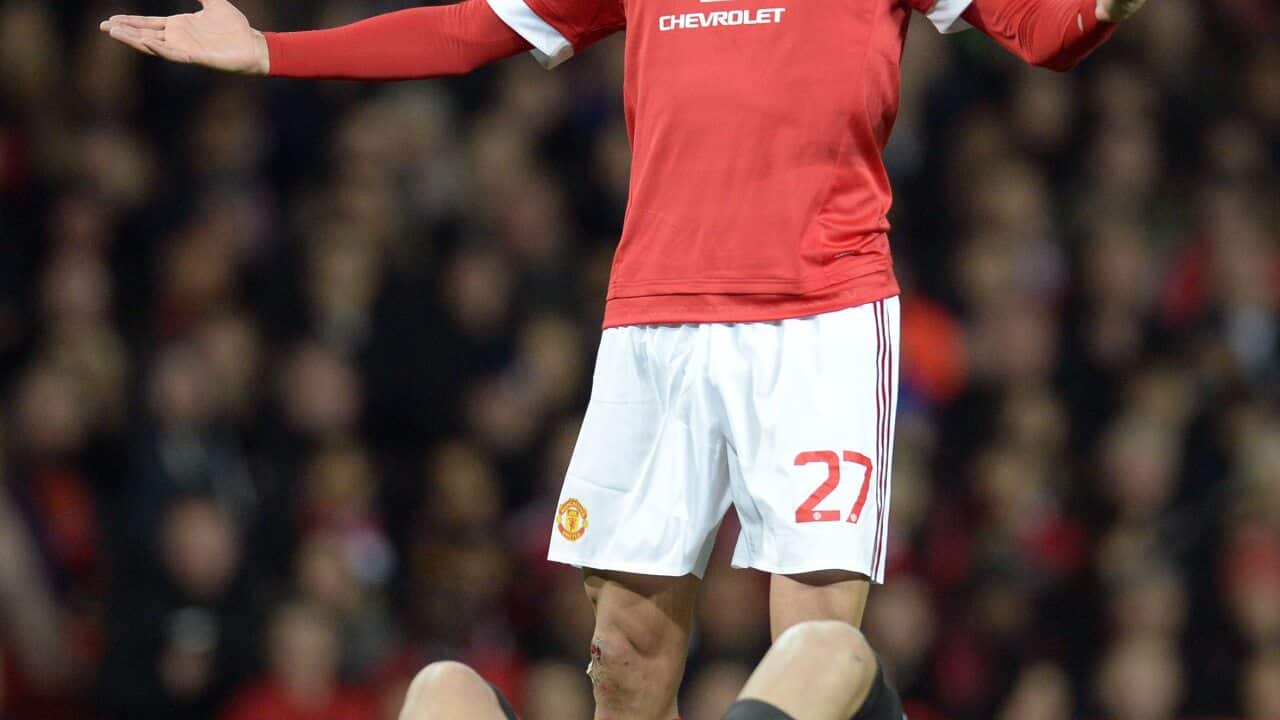 Fellaini swung an arm at Liverpool defender Dejan Lovren in the second leg of their Europa League last-16 tie, won 3-1 on aggregate by the Merseyside team.

Advertisement
A similar incident involving Emre Can in the first leg went unpunished and Webb, who refereed the 2010 World Cup final and later served as the technical director of Professional Game Match Officials Limited, has seen enough.

"It's one thing imposing yourself on the game, but another thing being a thug on the pitch," Webb said.

"(Fellaini) can't play without throwing his elbows around. I think he should have been suspended for (the incident in the first leg) but UEFA never looked at it."

Over footage of incidents from the second leg, he continued: "This ongoing battle with Can continues, he throws an arm - reckless in my opinion, not violent, worth a yellow card.

"But this one's a red card. Dejan Lovren is holding him - is that an excuse to throw an arm? No, of course not.

"He clenches his fist, he puts force into the elbow, the point of the elbow into the back of the head, and he should have been sent off."

"We know what Fellaini's about when we're refereeing," he said. "We've seen it all throughout his career, but he seems to be getting worse and worse.

"Week in, week out, he can't get through a game without violently throwing his arm into people's faces.

"He should have been sent off, pure and simple. He gets away with it week in, week out - I think people are getting a little bit fed up of it."