Portugal's 2016 European Championship triumph against all the odds might appear to have been helped by a degree of good fortune but the Selecao were due a bit of luck anyway. 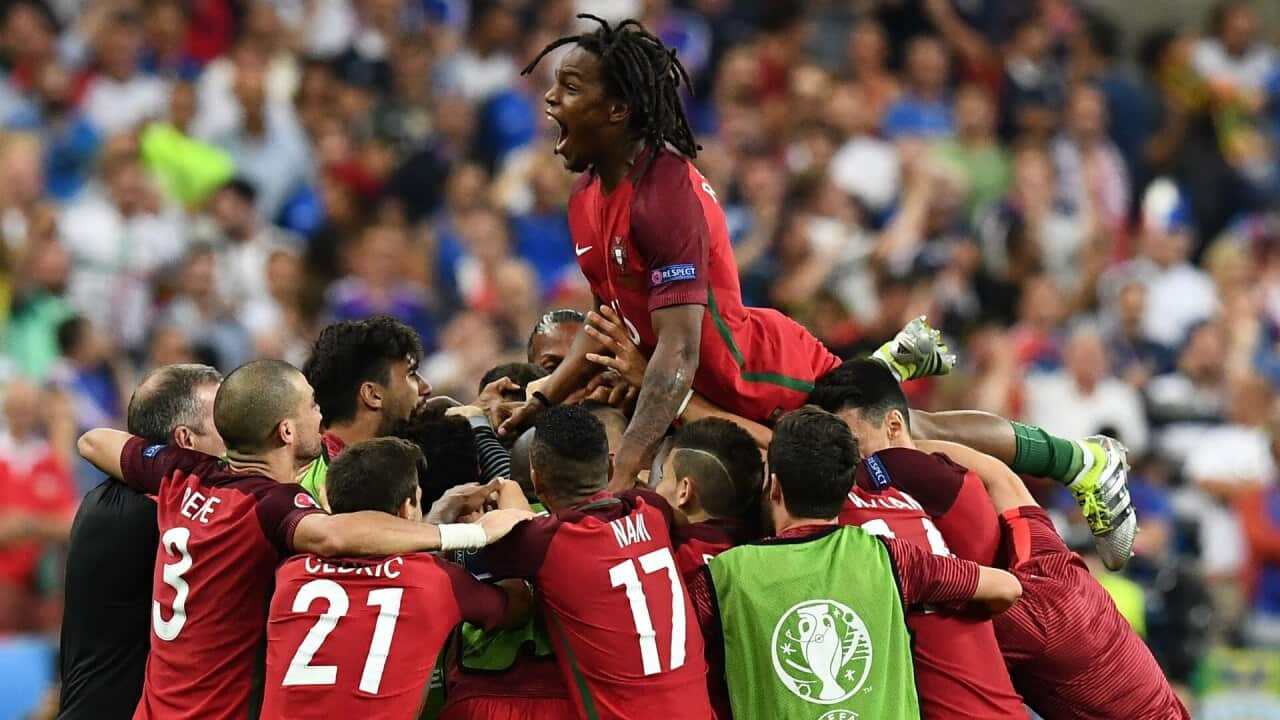 They did it the hard way, barely scraping through the group phase in third place and hardly setting any houses on fire in beating Croatia and Poland in the knockout phase before dismissing modest Wales in the semi-finals.

Advertisement
They were up against a fired-up French team in the final and if playing in front of a passionate and expectant crowd at the Stade de France was not enough of a handicap they also lost influential captain Cristiano Ronaldo to a knee injury after 25 minutes.

Yet adversity sometimes brings out the best in players and coaches and this is precisely what happened in Saint-Denis.

Portugal were forced to roll up their sleeves and they fought like enraged lions to nullify the French attack that was led by all-purpose striker Antoine Griezmann.

France had enough chances to win the game and will rue their lack of composure in the front third and the colossal barrier provided by goalkeeper Rui Patricio and defender Pepe, the final's man of the match who can be such a formidable player when he decides to play football and not play up and be such a nasty character.

Indeed substitute French striker Andre-Pierre Gignac was desperately unlucky not to score the winning goal after he made enough space for himself in the penalty area to have a shot at goal but the ball agonisingly hit the post with seconds of normal time remaining.

Had that ball gone in Les Blues certainly would have won the game and nobody would have begrudged them their third European title.

Portugal eventually sealed their victory with a splendid goal from substitute striker Eder in the second period of extra time but there is no doubt lady luck had smiled on them.

France were not the lesser of the two teams by any stretch of the imagination but the beauty of football is that pure class and pedigree do not always guarantee victory.

The Portuguese defended stoutly and intelligently all night and showed a stoic refusal to get beaten by a supposedly finer team.

Portugal have been in the forefront of international football ever since they competed in their first major event at the 1966 World Cup, when they finished third.

They have not always qualified for major events but they have produced some of the finest players to grace the world game like Mario Coluna, Eusebio, Rui Costa, Luis Figo and Ronaldo.

Yet a set of unfortunate circumstances always conspired to deprive the Portuguese of the recognition their football so often richly deserved.

They still cry blue murder over the 2-1 defeat to France in the EURO 2000 semi-finals when Zinedine Zidane scored from a controversial penalty in extra time.

They must still be kicking themselves for losing the EURO 2004 final to Greece in Lisbon.

And of course they nearly beat eventual winners Spain in the EURO 2012 semi-finals before losing in a shootout.

Yes, Portugal may have been rather fortunate to land the big prize this time around but it was not undeserved.

FOOTNOTE: For the record, EURO 2016 was the fifth not third major tournament that was hosted by France, as has been widely reported.

One can dismiss the first four-team European Championship in 1960 that was won by the Soviet Union as a minor event. Yet the 1938 World Cup was anything but.

As war clouds were gathering over Europe, 15 teams took part in a knockout tournament and France lost 3-1 to eventual winners Italy in the quarter-finals.