Blake Powell had a day to remember in the Parramatta sun, scoring four goals for Wellington Phoenix in their 5-2 upset win against Western Sydney Wanderers. 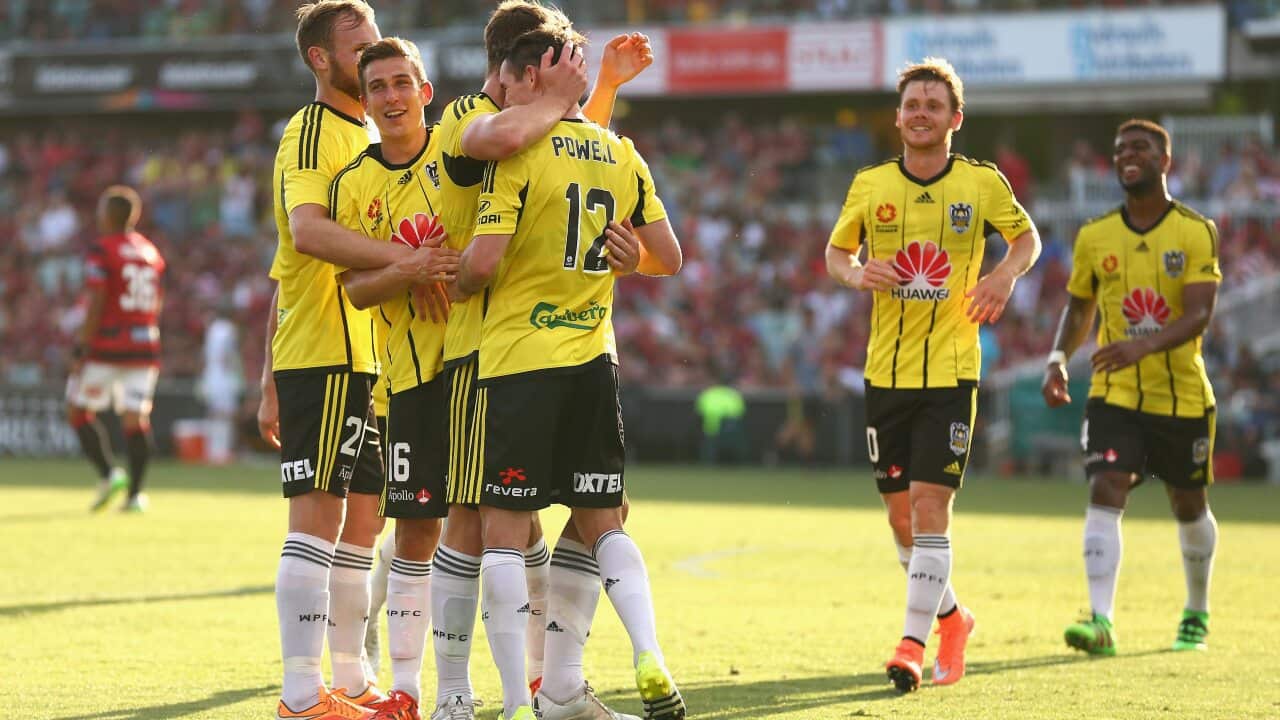 Powell joined some serious names in the pantheon of players who've scored four in an A-League game - his name now up in lights with Alessandro Del Piero, Besart Berisha, Shane Smeltz (twice) and Archie Thompson - who famously scored five in a grand final.

It was just reward for Powell - a young footballer who, after not quite making the grade at Sydney FC a few years ago, fought his way back via APIA Leichhardt Tigers, to find a home at the Phoenix.

Advertisement
Two late goals for the Wanderers, one an absolute belter from Mitch Nichols and the other a first-time finish by Mark Bridge, put the jitters through the Phoenix but they added a late fifth from the spot via Michael McGlinchey to really make the points safe.

Powell, all pace and anticipation, put Scott Jamieson through the wringer and the onslaught started early.

Only four minutes were on the clock when Powell executed a perfect diving header from a Tom Doyle cross to open the scoring.

His second was the pick of the bunch - another cross from the left dropped to Powell on the right edge of the area and with Jamieson standing off, Powell swivelled and lashed a left footed shot home on the half volley.

It was right into the top corner - as good as it gets.

The Wanderers had their chances with Dario Vidosic and Bridge squandering presentable opportunities, but before they knew it, Powell had his perfect hat-trick.

Matthew Ridenton's raking long pass saw Powell bring the ball down in front of Jamieson and with Andrew Redmayne coming miles off his line, Powell perfectly chipped the 'keeper from an ever-widening angle.

Powell made it four, yes four, in the second half when he stooped at the back post to head home a cross from the left.

It was clinical finishing and could well be the kick-start of a promising career at national league level.

There was more drama to come - Nichols lashed home a screamer from distance and when Bridge beat Moss with six minutes to go, the comeback was on.

But Jonathan Aspropotamitis fouled Kwabena Appiah in the last minute and saw red - it could have been a chance for Powell's fifth but he had been replaced by Appiah ten minutes earlier.

McGlinchey though made no mistake to complete a red-letter day for Wellington.