Fozz on VAR debacle: 'Learning moment for FIFA, not us'

SBS chief football analyst Craig Foster has given his thoughts on the A-League grand final VAR debacle and the selection of the extended Australia squad for the 2018 FIFA World Cup. 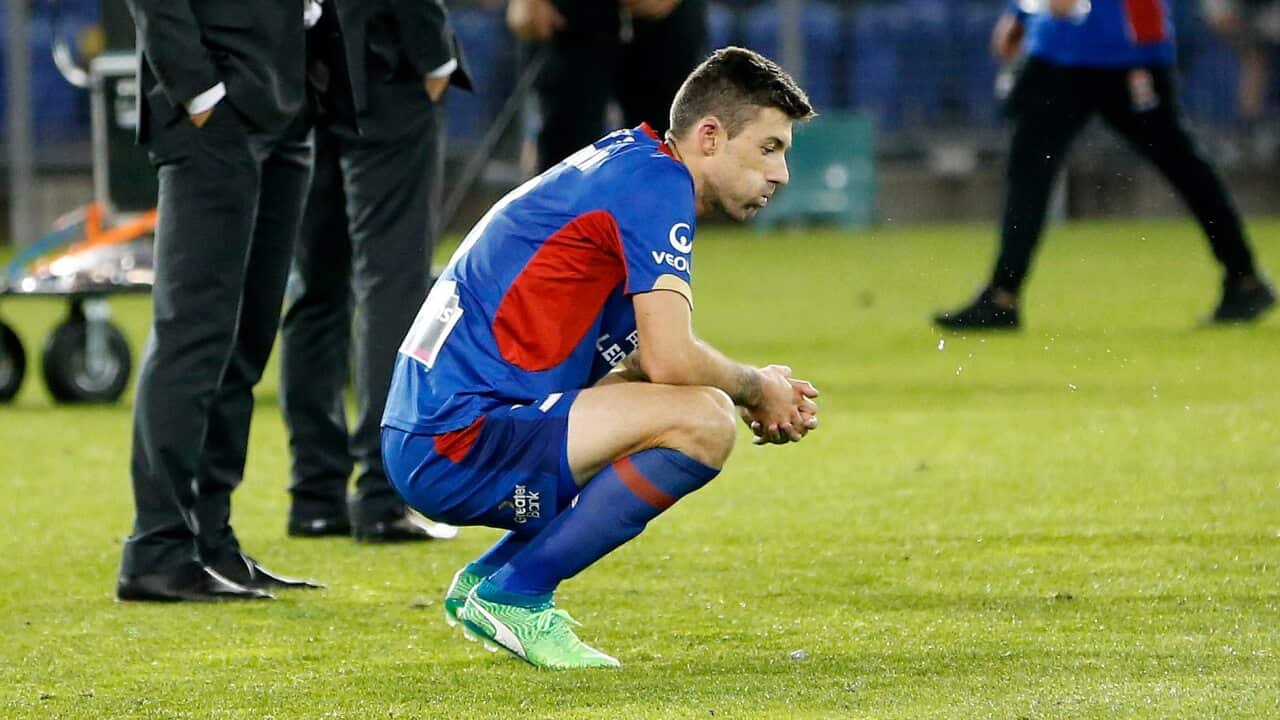 "Here we are, once again, having to talk about a shamozzle."

Advertisement
"I feel, first and foremost, extremely sad for the game itself.

"I know that Jets fans and supporters are extremely incensed. I know that Victory fans are saying 'well now our title has been impeached' somewhat.

"I'm not sure what amount of blame can be apportioned to FFA, if any."

"This is ultimately going to be a learning moment for FIFA, not so much for us."

"My feeling is the big nations are saying 'we want this'.

"If they're going to have to stop for three or four minutes it's going to be absolute chaos."

"If that [a crucial VAR error] happens in the World Cup, it's not 30,000 Jets fans who are going crazy - you're talking about half a billion people.

"There's no question in my mind Daniel Arzani needs to be in the squad to go to the World Cup. I thought that was obvious.

"I'll be extremely disappointed, if not incensed, if Daniel Arzani doesn't make the 23 to go to the World Cup - to at least experience it with a view towards being one of our key players in the Socceroos over the next 10 years.

"We are still reliant on a player [Tim Cahill] who is an unbelievable goalscorer - who has an aerial threat which is unprecedented and who has vast experience and can come into any pressure situation and perform at the very highest level immediately.

The full podcast can be heard in the audio link at the top of the article.