Faltering Inter Milan will set an unwanted record for the club's longest-ever winless run in the league if they fail to beat Bologna at home on Sunday afternoon (Monday morning AEDT). 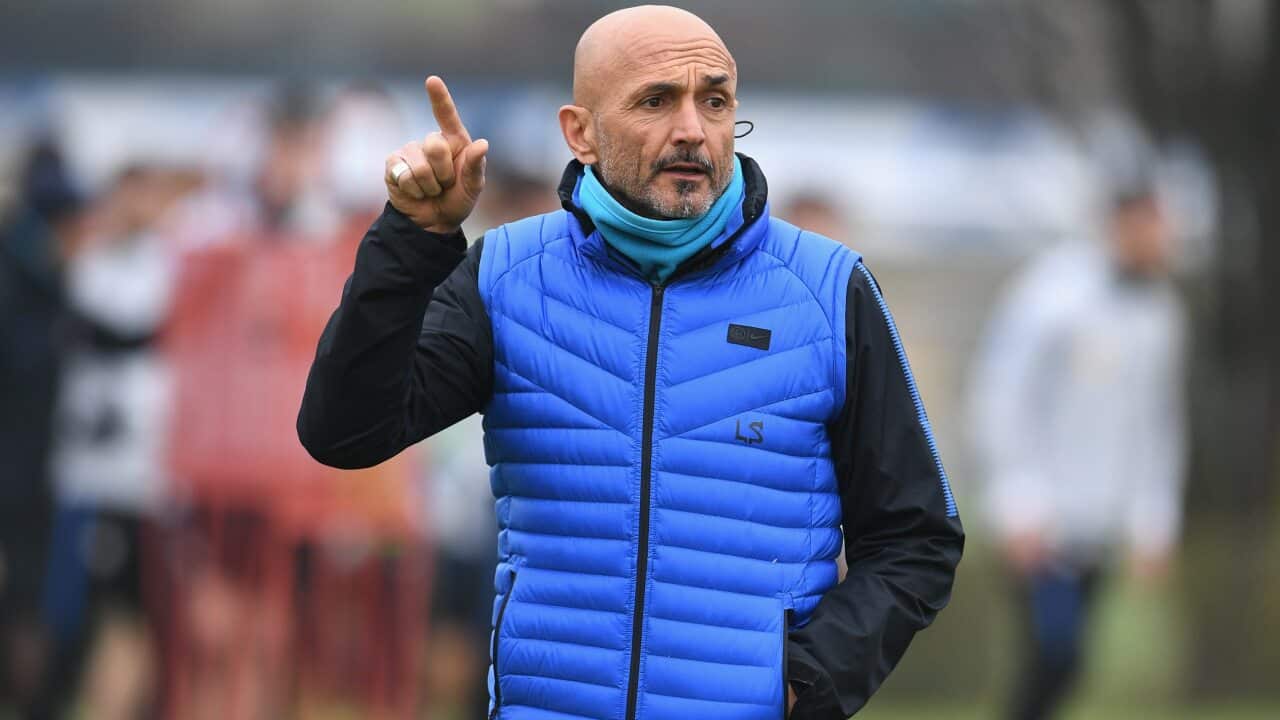 Inter topped Serie A at the start of December but a run of eight matches without a win -- six draws and two defeats -- has forced them to lower their sights and focus on qualifying for the UEFA Champions League place rather than battling for the title.

At the same time, leading pair Napoli and Juventus have each won their last seven games, leaving Inter 15 points adrift of top spot.

Inter's last five league matches have ended in draws and in two of those, at Fiorentina and then again at SPAL, Inter conceded a 90th-minute equaliser and were held 1-1.

Advertisement
They also led at home to lowly Crotone last weekend before allowing the visitors back into the game for yet another 1-1 draw.

"We're fragile, as soon as something goes wrong we lose confidence and show that we have a bit of a weak character," said coach Luciano Spalletti.

"There’s no other way, we need to be rational in how we do things and create a system of work that can bring confidence as we pursue our objectives.

"Negative moments are contagious. We need to stay calm and be strong mentally to analyse things in the right way.

"The guys work every day and they did good things in the week but they’re not calm or confident enough to transfer that to the pitch."

It is the fifth time Inter have gone eight matches without a win in Serie A, the most recent being last season when they employed three coaches and crawled home in seventh place.

An injury to captain Mauro Icardi, their leading scorer with 18 Serie A goals, has not helped while forward Ivan Perisic has not scored since his hat-trick in the 5-0 win over Chievo on December 3, the last time Inter took three points.

The club failed to land transfer target Javier Pastore from Paris Saint-Germain last month, the only new arrivals being midfielder Rafinha on loan from Barcelona and defender Lisandro Lopez from Benfica.

Spalletti was also baffled after some comments he allegedly made to a group of Roma supporters, the club he coached last season, were reported in the Corriere della Sera newspaper.

The shaven-headed coach was quoted as telling the fans that Inter did not want to spend money and that 'the atmosphere at the club is a bit like Roma, one of madness'.

"Whenever I meet fans, I talk to them. I met them in a restaurant, we talked a bit and they took some photos," he told reporters on Tuesday.

"You have to evaluate the words, because what I read quickly in the newspaper seems like the same topics we discuss in press conferences too. I don't think I said anything in particular."