France prepares to host the biggest European Championship yet

For the first time in 58 years four representatives from the British Isles will be at a major tournament - and Euro 2016 promises to be quite the party. 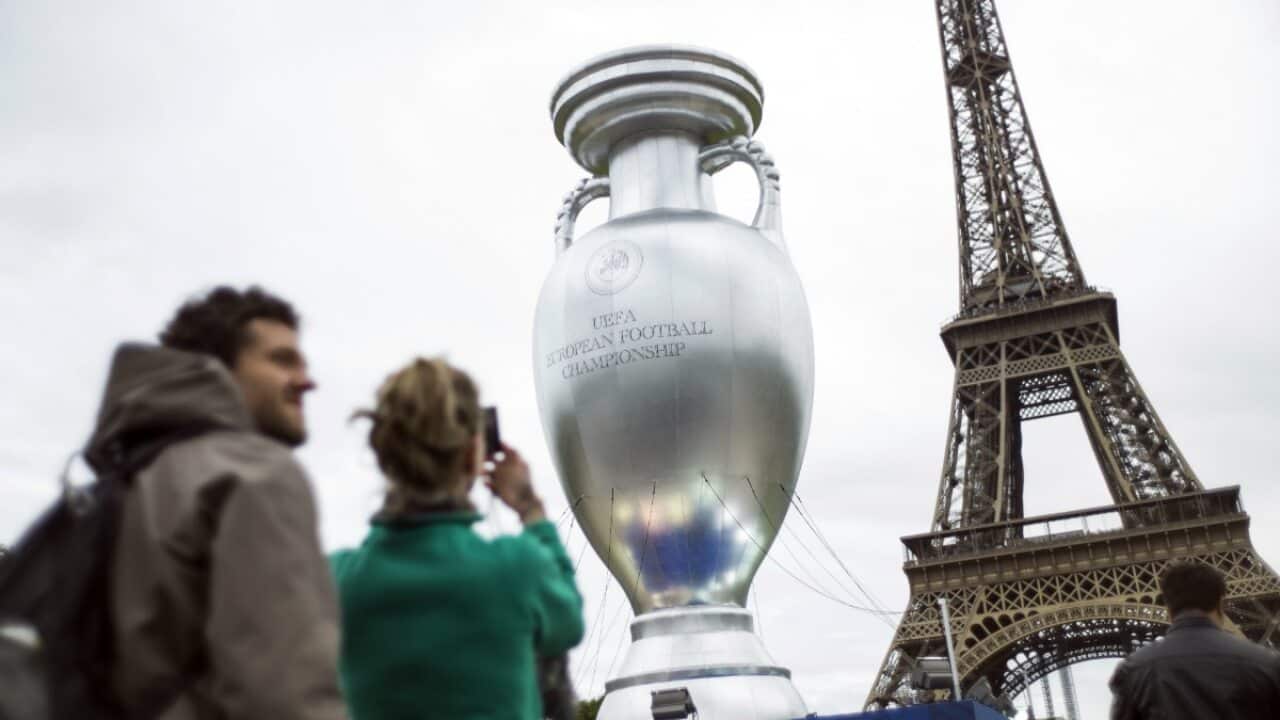 France will this summer play host to 24 nations and 51 matches between June 10 and the winner lifting the trophy to a background of ticker tape and fireworks at the Stade de France on July 10.

Advertisement
It will be the biggest European Championship of all-time, with more teams and more matches than ever as a large chunk of UEFA's membership make the most of the bloated format.

Whether the unnecessarily expanded competition takes the edge off the finals remains to be seen, but it certainly added extra excitement to qualification.

World Cup semi-finalists Holland failed to make the finals as smaller nations proved more competitive than ever, with Iceland, Albania and Slovakia reaching the finals for the first time.

They are joined by fellow European Championship debutants Northern Ireland and Wales, whose appearance along with the Republic of Ireland and England makes this the first tournament since the 1958 World Cup in which these Isles have had four representatives.

Scotland - part of the quartet when Pele ran riot in Sweden all those years ago - will ruefully watch from home as their neighbours make the trip across the Channel in hope, with Roy Hodgson's men facing the most expectation.

England head to France looking to make amends for their embarrassing World Cup exit two years ago and their 100 per cent qualification record suggests they can do just that.

The recent 3-2 comeback win against Germany has seen that optimism swell and bookmakers make them fourth favourites for the crown, behind the hosts, world champions Germany and holders Spain.

Wales will not make things easy for Hodgson's men in Group B, though.

Through to their first major finals since 1958, anything is possible when you are able to call on a player with the outrageous talent of Gareth Bale.

The Battle of Britain in the tiny city of Lens on June 16 promises to be fascinating, so too how the Republic fares in the so-called Group of Death.

Pitted against Belgium, Italy and Sweden, progressing out of Group E looks a tough ask, even in the expanded format that will see some in third-placed sides go through to the knock-out stage.

However, Martin O'Neill's men are not just going out there to make up the numbers, having followed the remarkable 1-0 group win against Germany by winning their play-off against Bosnia.

"After Germany, the players feel as if they are capable of dealing with that," Republic boss O'Neill said.

"Do you want to go in as underdogs? I think we will naturally anyway, but I don't genuinely think it will bother us."

The Republic are a 150-1 shot for Euro 2016 glory, while Northern Ireland are considered the least likely challengers for the crown.

Odds of 500-1 highlight what a task Michael O'Neill's side face in their major tournament appearance in 30 years, with Joachim Low's world champions, Poland and Ukraine lying in wait.

However, Leicester have recently shown what can a group of unfancied players can achieve, with their remarkable Premier League triumph offering the spectre of hope this summer.

That is an emotion more nations than ever can buy into and, while the issue of security is a dark cloud hanging over the tournament, thousands of fans will make the pilgrimage to France dreaming of success.