Melbourne City secured their first A-League win in six weeks after Ivan Franjic's stunning opening half strike helped them to a 1-0 victory over a 10-man Western Sydney Wanderers at AAMI Park on Friday night. 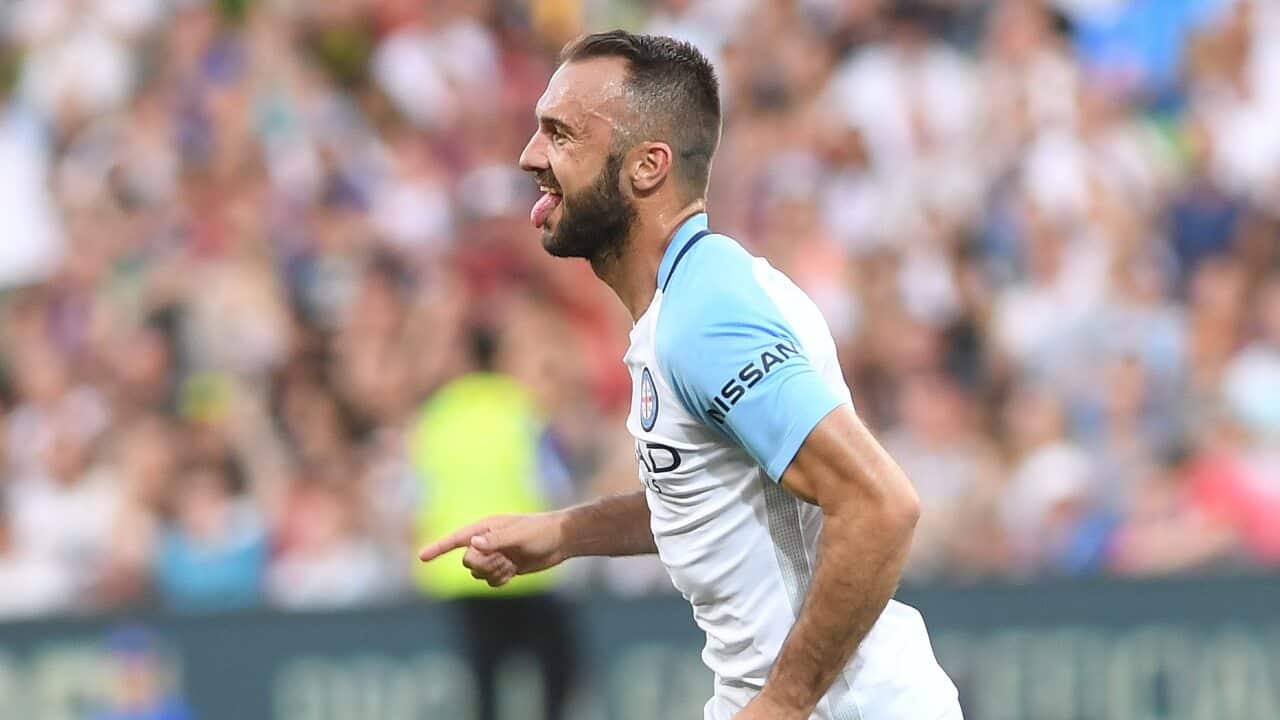 City defender Franjic's delightful 19th minute wonder strike - a contender for goal of the A-League season - proved the difference as Micheal Valkanis celebrated his first win as interim coach, after taking over from John van't Schip on Tuesday.

Advertisement
Things went from bad to worse for the Wanderers though, as centre-back Aritz Borda was given a straight red card 11 minutes later for a stray elbow on Bruno Fornaroli.

Played in extreme heat of 33 degrees at kick-off, Western Sydney, who gave Vedran Janjetovic a starting debut, couldn't find an equaliser in the second-half, but were gallant in defeat.

City continued in their hunt for a game-killing goal but Bruce Kamau, Cahill and Fornaroli again all spurned chances.

The undermanned Wanderers rallied, and Nicolas Martinez had a fine chance to equalise in the 61st minute, only for Dean Bouzanis to punch his curling effort clear.

Janjetovic then produced a stunning save in the 90th minute to deny Bruce Kamau, but it was City's night as they recorded their first A-League win since November.

The result sees City move up to third on the A-League table, but could fall back to fourth if Brisbane Roar beat Newcastle Jets on Saturday.

Meanwhile, the Wanderers, who are now without a win in their last six games - their last victory dating back to December 3rd, could finish the round outside of the top six.

Wanderers coach Tony Popovic said he was pleased with his team's effort and the performance of debutant Vedran Janjetovic, but disappointed with the result.

"It was a wonderful goal that beat him," Popovic said.

"It's a very tired group ... they gave their all and I can't fault their efforts."

While Valkanis was delighted with City's win, even if they didn't score a bagful.

"The boys dominated ... we created enough chances to win the game even more comfortably," Valkanis said.

"It's a tough week. Someone that's been here for a very long time and has been a part of the club shocked us with the news he was resigning.

"This win was a little bit for John as well."