Belgium scored nine goals in their three 2018 FIFA World Cup group games - more than any other country - and forward Dries Mertens says he is motivated by more than just winning the trophy. 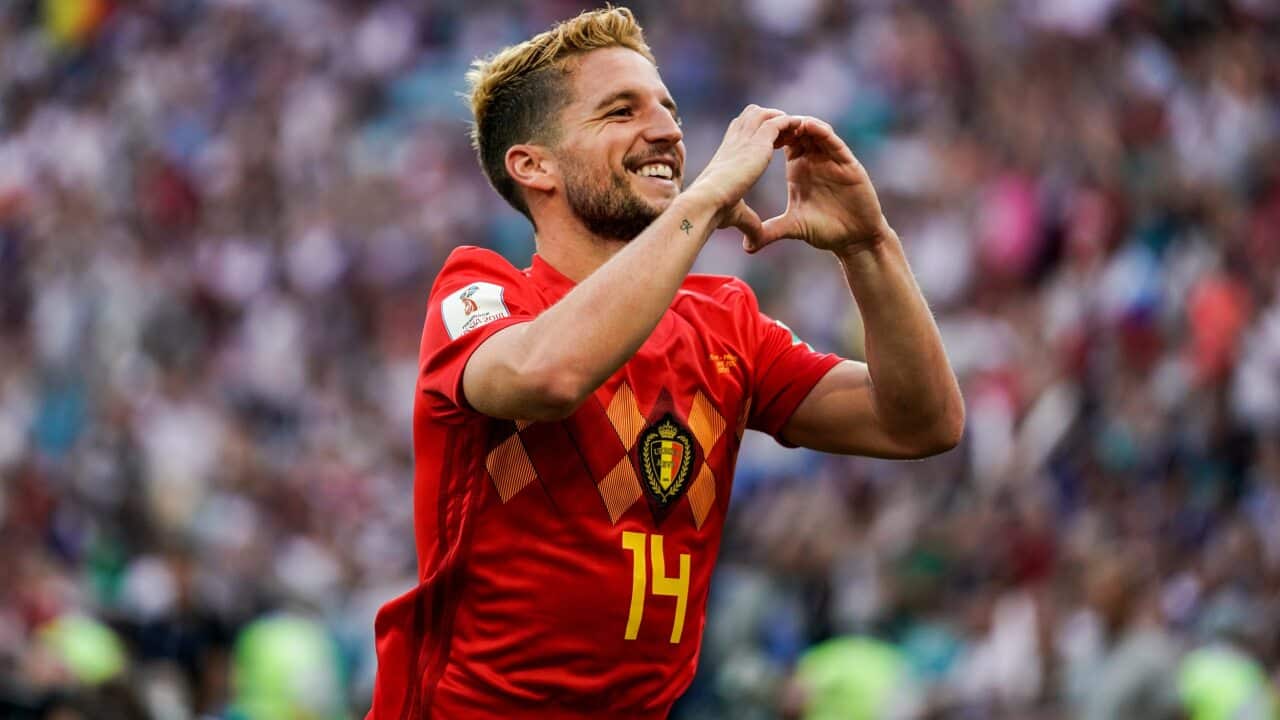 Mertens, scorer of an outrageous volley against Panama that opened Belgium's account in Russia, joked that friends back home were counting on him to help the team hit a target of 16 goals to make good on a retailer's special FIFA World Cup promotion.

Asked by reporters at their training camp near Moscow about Belgium's free-scoring run, the Napoli player noted that a Belgian electrical chain was offering to reimburse people who bought a TV for the FIFA World Cup - if the team score more than 15 goals.

"My friends bought the television. So I'm thinking about that. So I want to score a lot of goals to give a free television to my friends," he declared ahead of Belgium's last-16 clash with Japan.