Central Coast Mariners striker Roy O'Donovan has some very definite views on what his side need to do to become competitive again next season and is anxiously waiting to see whether the club deliver on their promise to recruit quality players. 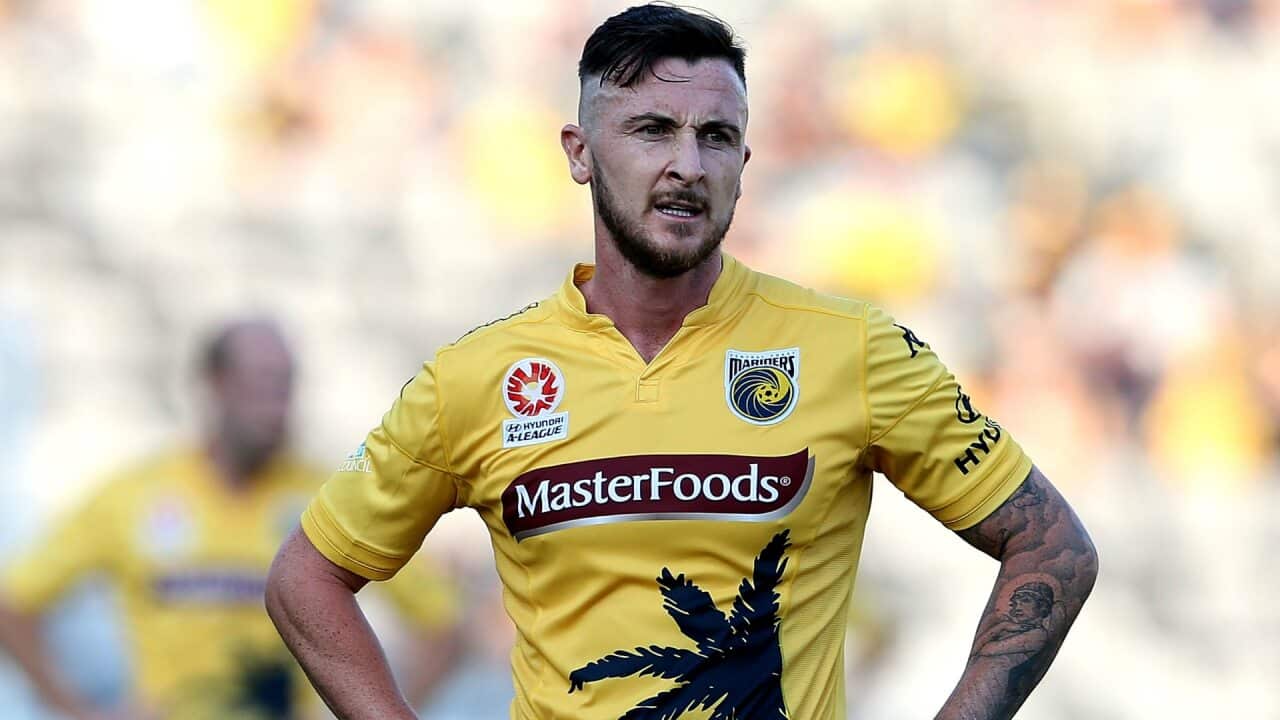 "From a personal point of view, the Central Coast is a great place to live, but from a football point of view I want to score as many goals as I can and win as many games as I can and obviously this season the results at the Mariners have been very frustrating," O'Donovan said.

Advertisement
"My ambition is strong and I hope the club has the same ambition next season to kick on and get some decent players and really focus on being a successful club again."

Asked what indications, if any, he had received from the club regarding a recruitment plan, O'Donovan replied: "They're definitely looking. I've had a few conversations in passing with (executive vice-chairman) Peter Storrie and the owner (Mike Charlesworth) and Tony (Walmsley, the coach) and they're saying there's more money in the budget for next season, so hopefully they can sign a better quality of player.

"When it comes to a choice between quality or quantity I'd rather get three or four really good ones than eight or nine that are just cheap, because at the end of the day you're going to get found out.

"It's professional football and the A-League is a high standard and you see all the teams that have done really well this season are all very strong down their spine and they've picked up players who have a lot of experience in the A-League or overseas.

"We need to be doing the same thing, so we can compete on a level playing field."

Central Coast will be this season's wooden spooners by a big margin. With just two rounds to go they are 12 points behind second-last Wellington Phoenix and face Premier's Plate contenders Western Sydney Wanderers at Pirtek Stadium on Friday night.

O'Donovan said the club simply could not allow another season like this.

"At the end of the day it's a results business and to get those results you need to have a competitive team," he said.

"You've got to spend money and financially the club has done quite well this year as opposed to the last two years and now if it really wants to kick on it needs to have a successful team on the pitch.

"It needs to bring back the good days and get bums on seats at the stadium, so the people in charge need to put their hand up and sign new players, which I think is in progress.

Irishman O'Donovan is Central Coast's leading goal-scorer this season, his first at the club, despite missing eight games through a head-butting suspension. He has scored seven in 17 games. He said he believed the potential for the Mariners as a club was huge.

"It's a terrific club with some great people who work here behind the scenes and there's a great camaraderie with the younger lads coming through in the squad," he said.

"It's a great stadium with great facilities and we're playing in a great league, with every game on TV, so it should be an attractive proposition for any footballer to come here and the Mariners are a club that gives young players opportunities as well.

"It was a bit too soon for some this season, but that experience will stand them in good stead for next season and if the young players can learn some very harsh lessons and the club is true and we do get some good-quality players on top of that I think we'll be OK next season.

"But talk is cheap and the only way we can genuinely achieve anything is by signing those players and working hard as team and a club and getting a system and an identity for next year and kicking on from there."