Australia goalkeeper Mat Ryan has revealed he may request a move from Valencia in January, should he continue to be unable to nail down a starting spot for the La Liga club. 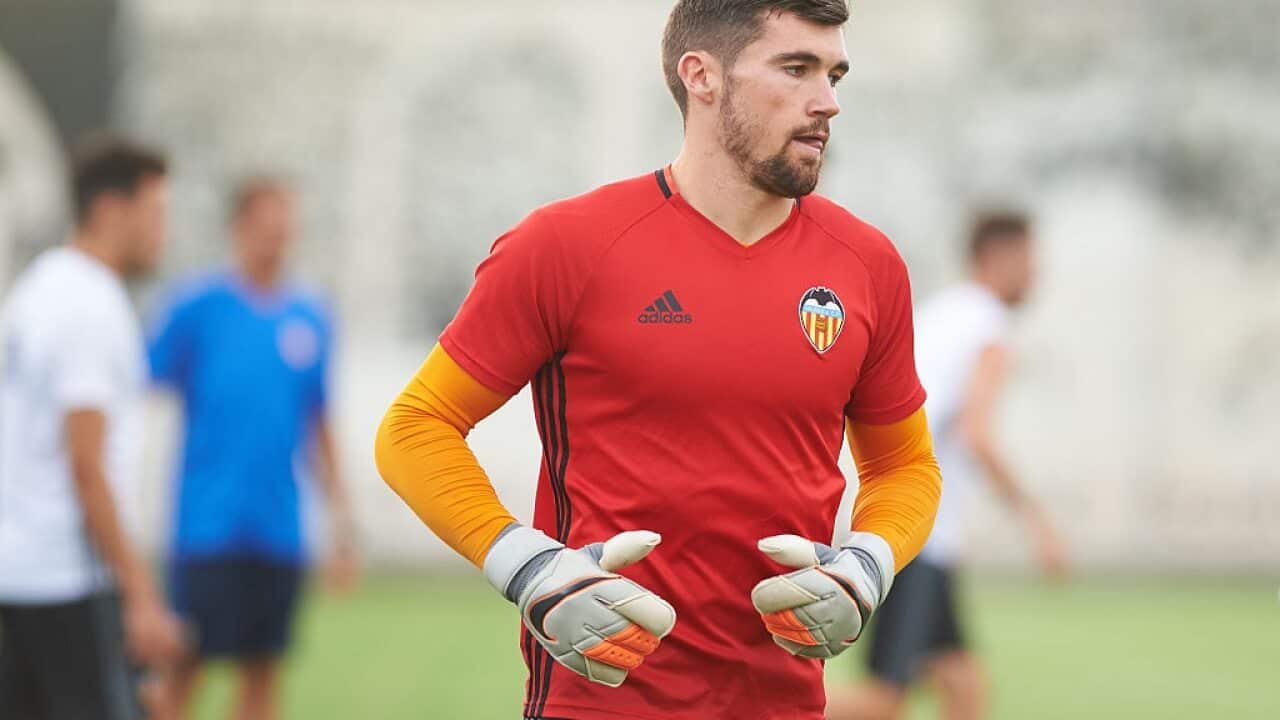 Ryan is currently second, and on occasion even third in the pecking order behind Brazil's Diego Alves and local product Jaume Domenech at the Mestalla, having made just two Primera Division starts this season.

He is desperate to reclaim the starting spot he was handed by former coach Nino Espírito Santo on his arrival from Club Brugge on a six -year deal 15 months ago as he negotiates what he says is the "most difficult" period of his so far stellar career.

Valencia are on their third coach since Espírito Santo's exit 11 months ago and Ryan's position is far less secure under the current incumbent, Cesare Prandelli.

Advertisement
He remains his country's first choice under Ange Postecoglou on the road to Russia 2018, but the pressure is building from understudy Mitch Langerak, who is playing each week for VFB Stuttgart.

"The goal is play here at Valencia, who are a big club," said Ryan.

"I looked at my first year as an adaption year and have been determined to give this season a good crack.

"But there have been a lot of changes on the coaching side of things and the situation here regarding the goalkeeping isn't a great one ...  I will wait and see until January comes around.

"I can assess then exactly what it is I can try and do to get myself in a better situation.

"Hopefully, by that time I will have made some inroads here at Valencia.

"But if not then I can look at some options, see what they are and maybe get my agent to start looking around."

Ryan made 15 appearances in all competitions last season at the club lying 14th in the Primera Division, and is likely to be on the bench again for this weekend's visit to Celta Vigo.

Renowned for his buoyancy and zest - along with his athleticism and sweeper-keeper attributes - Ryan is itching to get into the action again.

"I came here to play ... that's why you make all the sacrifices as a player," he added.

"Not playing doesn't get any easier to deal with and I am doing my best not to let the disappointment of that effect my approach towards things.

"It's disappointing of course, and it makes life a bit harder because every player wants to be playing.

"I have to keep pushing and I am doing my best to effect the situation in a positive way.

"You want to contribute and do your best for the team and be part of something special hopefully.

"I have been a little bit frustrated in not being able to do that so far this season but there is still a long way to go and things can change fast in life and in football."

While one of Australia's most successful exports of recent years, Ryan gave an insight into the sacrifices that need to be made to succeed in Europe when he added: "No doubt this has been the most difficult period of my career so far.

"When I first made the move overseas to Brugge the football was going well and that made up for missing the family and that sort of thing because you knew you were over here doing what you love.

"When that's going well it covers up the sacrifices you make.

"In the situation I am in now you find yourself thinking more abut the family back home and even ask yourself what are you doing  here?

"But at the same time I am fortunate to be living the life I am and being at such a big club.

"I will continue fighting to contribute to the team in any way I can."