Western Sydney Wanderers are facing fines and even a loss of competition points after Football Federation Australia issued the club with a show cause notice, in the wake of flares being released at Etihad Stadium on the weekend. 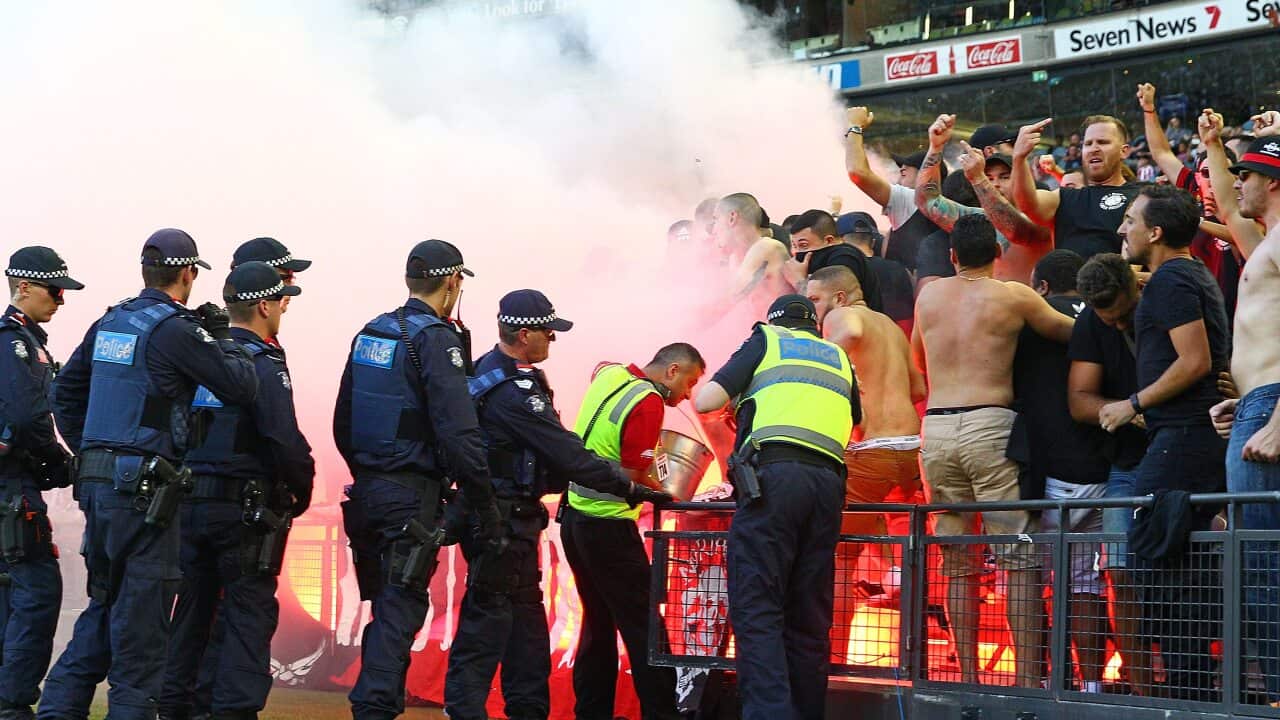 FFA has given the club until 5pm on Wednesday to show cause why they should not face sanction for bringing the game into disrepute through the conduct of its supporters.

The show cause notice was sent after FFA received detailed incident and match reports from Victoria Police, Etihad Stadium management and FFA’s security advisers, outlining incidents that took place on Saturday night in the 1-1 draw with Melbourne Victory.

FFA CEO David Gallop emphasised his extreme disappointment in the misconduct of some fans, which tarnishes the reputation of football, the Western Sydney Wanderers and the fans of the other nine Hyundai A-League clubs.

Advertisement
“FFA has received detailed reports from all stakeholders and has asked the Western Sydney Wanderers to show cause why they should not face sanctions for the behaviour of a group of fans on Saturday night,” Gallop said.

“This behaviour has clearly alarmed many people inside and outside the game. It simply cannot be tolerated.

“It is especially disappointing that it has happened at a time when we are working collectively to implement security and banning processes to rid of our game of this type of behaviour for the benefit of football and the true football fans who are tainted by these actions. That is an unfortunate but very real consequence of this behaviour and it underlines the damage that these troublemakers cause.

“We have noted the statements made by the Western Sydney Wanderers in relation to the misconduct and the damage the behaviour is doing to the game.”

FFA will also continue to work with police and stadium security to identify individuals and ensure they are subject to the banning procedures.