Canberra football fans hoping that a big attendance at last week's Socceroos game there might help speed up the establishment of an A-League club in the national capital shouldn't hold their breath. 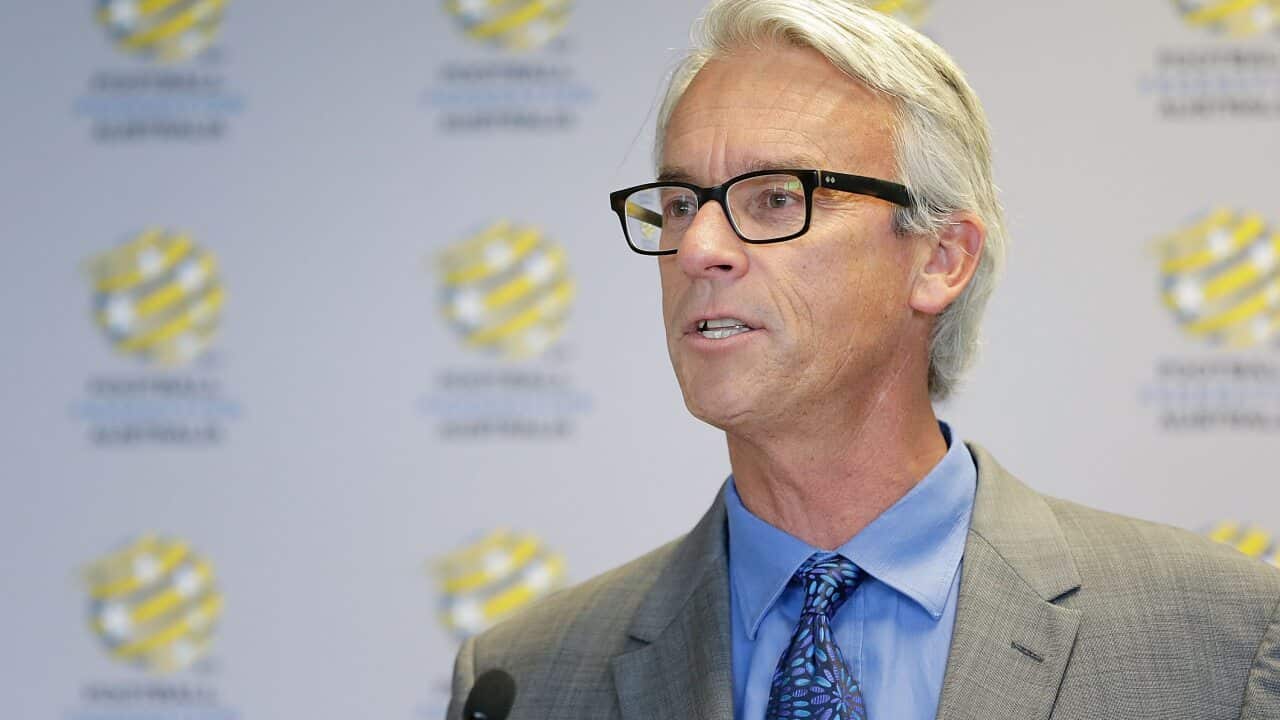 He said it was great to see the interaction between the Socceroos and their fans in the lead-up to such matches as the one against Kyrgyzstan in Canberra, but he made it clear FFA was not planning to put an A-League team there.

"My football friends in Canberra are always very polite, but insistent about pushing for a bigger place on the national stage,"
Gallop wrote in a column at
theroar.com.au
.

"The near 20,000 crowd showed the football community will get behind our national teams. The wonderful community support of Canberra United in the Westfield W-League is another example.

"Talk of a A-League club is never far from the top of the list, but I think everyone understands FFA’s current position. In the first instance, our strategy is all about the stability and sustainability of the current 10-club competition.

"We firmly believe that any new clubs should be located in markets where there are millions, not just a few hundred thousand in population."

Gallop grew up in Canberra and said he was "a teenager in the ACT in the heady days when the late Johnny Warren kick-started Canberra City in the inaugural season of the National Soccer League" and that being back in Canberra for the Socceroo game was "a walk down memory lane" for him.

"Putting nostalgia aside, the fact is that Canberra City struggled against bigger clubs for 10 years before getting relegated to the local competition in 1987," Gallop said.

"That’s nothing against the city, the coaches, the players or the passionate fans. It’s a product of simple economics and the size of the market.

"In FFA’s Whole of Football Plan, we’ve set an aspirational target of having 1 million Australians directly connected to the A-League clubs by 2034. That is the quantum we realistically need to achieve if we want to be the largest and most popular sport in Australia.

"If we count the collective club membership today, our 10 clubs have around 105,000 members."

Gallop repeated his belief that to have any hope of making such a leap the game had to fish where the fish are.

"Our clubs will need to live up to the mantra that a club exists because of fans, not the other way around," he wrote. "Above all, the A-League needs to be an authentic and entertaining competition.

"Where are the 1 million members going to come from?

"Today, around 70 per cent of A-League members live in Sydney and Melbourne, the nation’s two biggest cities and home to four of our 10 clubs.

"Urban density in Australia is expected to continue rising over the next 20 years. Given that you need fans before you have a club, any strategy to achieve 1 million club members needs to take a view about where football fans are living.

"To grow the membership base tenfold in 20 years, football will need lots of things to fall our way. We need to put fans first. We need to work hard on fan engagement, improve match-day experience and have digital channels that connect with fans everywhere, every day."

There has recently been much speculation about the possibility of a club representing southern Sydney entering the A-League, perhaps even as early as next season if Wellington Phoenix were no longer a part of the competition. But Wellington are still negotiating to remain.

Gallop stressed derby games as one of the A-League's greatest strengths, saying: "It’s hard to imagine where the A-League would be today without the Sydney and Melbourne derby games."

There is obviously the potential to increase the number of intra-city derby games via the establishment of additional clubs in Sydney and Melbourne and Gallop mentioned other potential expansion sites where A-League clubs already existed.

"There are other major population centres that fit the criteria of having millions, not just hundreds of thousands," he wrote. "South-east Queensland and Perth are the two that are top of mind."

Gallop said that early next year FFA would release a "strategic plan for 2016-19" and that the new board headed by Steven Lowy "has already made it clear that growth is the top objective".

The beginning of the A-League's next television rights deal has been identified as potentially the right time for expansion. The current deal expires at the end of the 2016-17 season.